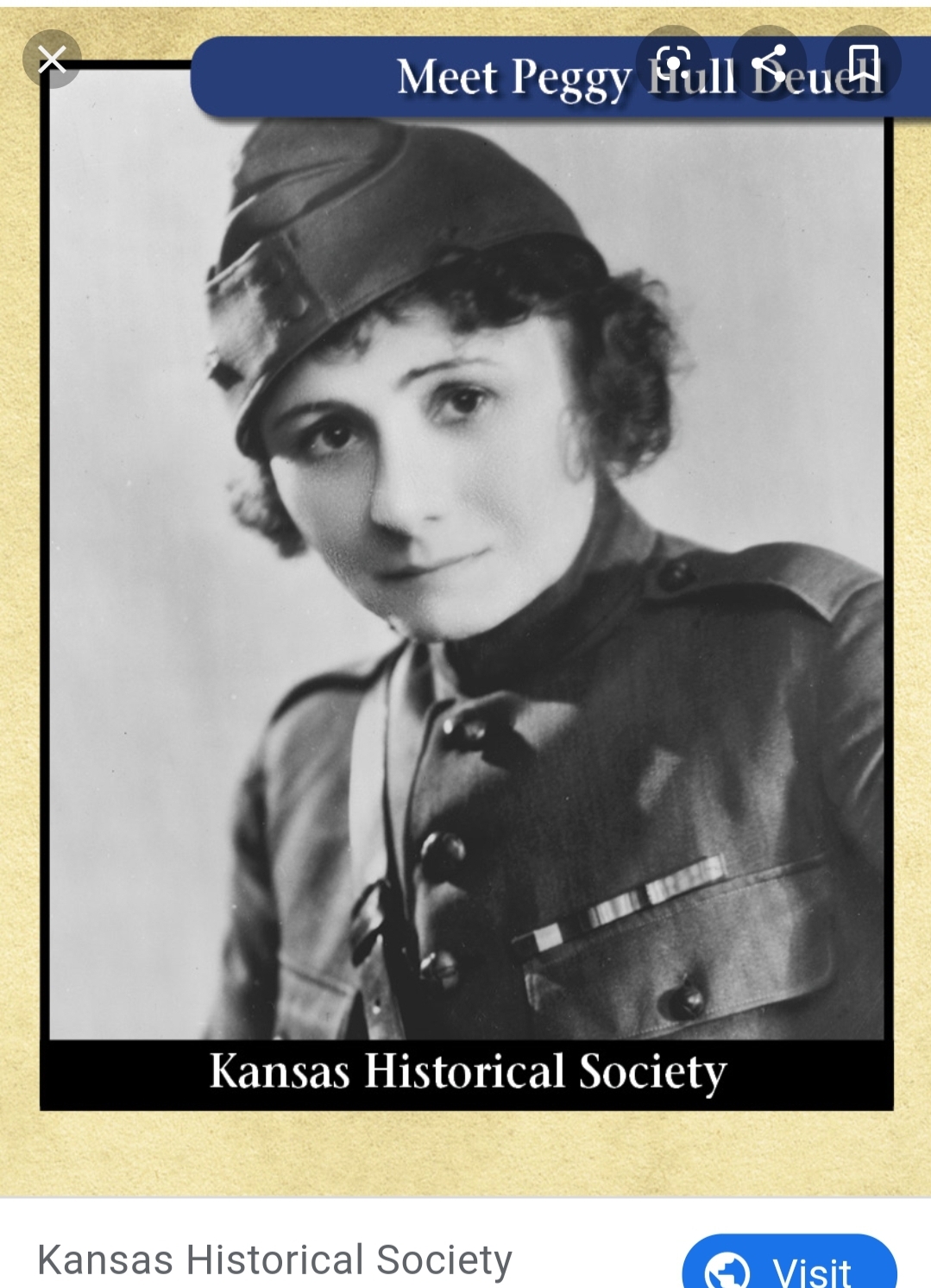 "Siberia is on the threshold of its blackest period...Twice a victim, first to monarchy and then to anarchy—its people will die by the thousands. They are freezing to death now."

Peggy was the first woman to serve on four battle fronts in a career spanning thirty-one years. She received quite a following on the home front because of the way she reported on the war. Peggy wrote about the war from the personal perspective of soldiers, giving details about their life stories as well. Readers back home were receptive to the change in tone from the usual war coverage of stats, figures, and maps.

Peggy became interested in investigative journalism early on after becoming a fan of Nellie Bly. By the time Peggy reached high school she had decided on journalism for her career path and was honing her craft.

Between 1909 and 1916, Peggy worked for newspapers in Hawaii, Colorado, Minnesota, and California. In 1916, she found herself in Ohio. That year, Peggy asked to cover the Ohio National Guard’s actions in Mexico. The guardsmen had been deployed to protect the border after Pancho Villa’s raid into New Mexico. Peggy covered the troop’s movements and the goings on so accurately her word is considered one of the most accurate writings for the troops in that time period; despite the fact she never actually made it to the frontlines.

A year later, in 1917, Peggy asked her bosses at the El Paso Morning Times to send her to France to cover World War I. Though Peggy sailed East without accreditation from the War Department, Peggy was able to cover an artillery training camp for a month thanks to her earlier connections in Mexico. According to sources, jealous male reporters put pressure on the higher ups, and Peggy was sent back to Paris. She sailed home soon after to care for her ailing mother.

The following summer, Peggy finally received accreditation from the War Department. Peggy traveled all across Asia and the Pacific covering various topics concerning battles and wars in the following years, but she often complained about her distance from the front lines. Peggy assumed, and was probably right to assume, that the reason for the distance was due to the fact that Peggy was a woman.

In 1918, Peggy covered a thousand-mile trek through northern Russia, following refugees numbering in the thousands. These refugees were fleeing from both the Red and White Russian armies, who had torn the country apart following the abdication of the Tsar in 1916. Peggy was one of the few American journalists to cover what was happening in that part of Russia at the time, and her words survive today as an eyewitness account of the period.

Despite not being a member of the armed forces, Peggy still dressed in an army uniform in her early work and carried her own equipment wherever she went. By the time Peggy finally received accreditation, she was given a uniform to wear and the same privileges of a commissioned officer. She was in her fifties when she covered World War II, traveling all across the Pacific to chart the movements of troops and the goings on there. She retired after the war.

Peggy She was married three times in her life; the first two ending in divorce and the third ending with her husband’s death in 1939. Even crazier, Peggy actually lost her United States citizenship because of her second marriage. At the time, if an American woman married a foreigner, she lost her citizenship on the presumption she’d take up the citizenship of whichever country her husband hailed from.