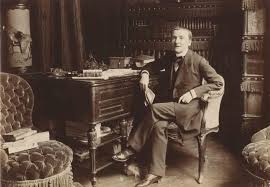 Jane is most known for wearing pants when it was illegal to do so in France (don’t worry, she got special permission from the government allowing her to walk around wearing men’s clothes and keeping her hair short).

Jane also fought in the Franco-Prussian War and was an archaeologist.

She was the fifth girl born in her family, and her father died soon after she was born. Jane was educated at a convent and learned several languages, taking a particular interest in the arts.

In 1870, Jane married Marcel Dieulafoy, a civil engineer who agreed to enter an equal marriage and partnership with Jane. She would not be a subservient housewife and he would not be a dominating overbearing husband.

The same year as the marriage, the Franco-Prussian War broke out. Marcel joined the French Army as an engineer, and rather than stay home and wait for him to come back, Jane slipped into a soldier’s uniform and followed after him. She was never discovered as a woman and trained as a sharpshooter, following Marcel on every mission.

With the war over, Marcel and Jane traveled all over the Middle East; exploring Iran, Egypt, and Morocco. After a while, Marcel quit his day job so that he and Jane could explore all the time. In 1880, while at a dig in Iran (Persia at the time), they came across a 6,000-year-old regional capital at Susa.

During the entirety of the fourteen month dig and journey across ancient Persia; Jane continued to dress as a man. This was partly for practicality and partly for safety. At the time, a white woman traveling in the Middle East was dangerous, and so Marcel and Jane both carried weapons, and even had to use them on occasion. The couple also both endured fevers and other strange ailments; and at one-point Jane had to shave her head after a lice infestation.

Once they returned to Paris, Jane released a book filled with drawings, photographs, and her own recollections of her travels. The book became a bestseller throughout France.

In 1885, Marcel and Jane returned to Susa, where their second expedition yielded much better results than the first. Jane had used the time away to become a trained archaeologist in her own right, and so on this trip she was able to lead teams of dozens or even hundreds of workers to excavate the site. The pride of the dig to be discovered was a Lion Frieze from the former king’s palace, now hanging in the Louvre.

In 1886, upon her return to Paris, Jane was awarded the Legion D’Honneur and was given special permission to continue to dress as a man, as mentioned above. Jane considered her male attire and short hair a great way to save time.

Sadly, after their second expedition to Persia ended, it was too dangerous for the couple to return to the Middle East. Instead, they decided to travel closer to home, heading to Portugal, Spain, and other places. Jane continued to write, publishing two novels and other articles and posts about her travels. In 1904, Jane and other French authors got together to create the Prix Femina, the first literary award in France that could be given to women.

When World War I kicked off, Marcel volunteered to fight in Morocco, despite the fact he was seventy years old. Jane went with him, despite being sixty-five herself. However, she contracted dysentery and was forced to return to Paris, where she died in 1916. Her husband Marcel was not by her side sadly, and he passed away four years later.