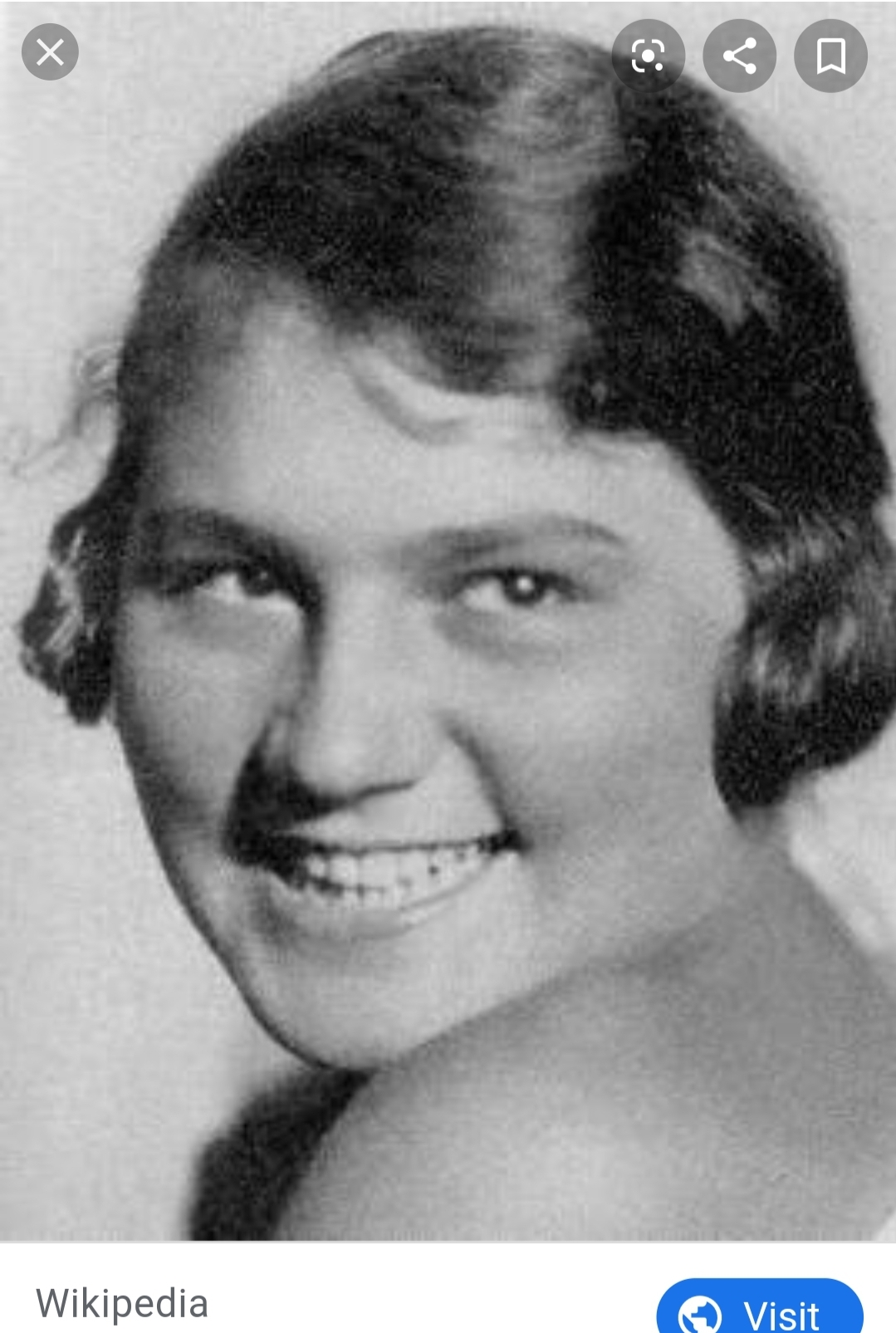 Geli, as she was known, was an up and coming singer (Hitler paid for her vocal lessons). However, she spent the majority of her time confined to a large nine-room apartment with only Hitler and a canary for comfort. Outside the apartment, Geli was a celebrity, but inside she was a prisoner. They lived in the apartment all alone, just the two of them, for four years. When she died, Geli was twenty-three and Adolf was forty-two, just for reference.

Geli’s mother was Hitler’s half-sister (also named Angela). As a child, Geli would refer to Adolf as either “Uncle Alfie” or “Uncle Alf”, which makes their relationship even more, let’s just say unnerving. Though the exact nature of their relationship has never been definitively proven, the pair were close enough Geli’s mother reportedly believed Adolf wanted to marry Geli (according to one source).

On the last day of her life, both Geli and Adolf had plans to travel away from Munich. Geli was headed to Vienna to take some more vocal lessons while Adolf headed to Hamburg. According to practically everyone (save Hitler that is) the pair fought over Geli’s travel plans. She reportedly was halfway to Vienna when Adolf made her come back. The pair fought again, and a few hours later Geli was dead.

Geli reportedly committed suicide shortly after finding a note from Eva Braun to Adolf which insinuated a relationship had formed between them. At the time, Adolf and Geli were still a couple, and her death put Hitler and the National Socialist Party on a huge undertaking to cover up the exact nature of Adolf and Geli’s relationship. It would have been politically disastrous for Hitler’s career if the general public learned he was not only having an affair with his own blood kin, but also that she had ended her own life with Adolf’s pistol in his apartment.

Even though he did everything he could to bury the story, some historians believe Geli was the only woman Hitler ever truly loved. His next relationship with Eva Braun was nowhere near perfect (in fact, she was arguably treated much worse than Geli had been in my own personal opinion), and many believe Hitler would have never stayed with Eva had Geli lived.

Many historians and even contemporaries of Hitler like to point to Geli’s death as the turning point in Hitler’s own life. Geli’s death made the future-Fuhrer even darker, more brooding, and angry. Many also like to claim Geli was Hitler’s first victim. That claim is even more chilling for those who believed it was literally Adolf who shot her rather than believing it was a suicide (but again, this hasn’t been proven).

In 1992, an amateur historian petitioned the Viennese government to exhume Geli’s remains in an effort to see if she committed suicide or was murdered. His petition did not come out of nowhere. In fact, people had been questioning Geli’s sudden and violent death from the moment her body was discovered. Remember how the National Socialist Party had conducted an extensive cover-up? Part of the cover-up included an incomplete autopsy (in fact, the only postmortem done was a sort of glance over of the body) before the police deemed it a suicide and shipped Geli’s remains off to Vienna for burial. The party also decided to initially claim Geli had either accidentally killed herself by playing with a loaded gun, or she shot herself because of “stage fright” since her first on-stage debut of her musical talents was scheduled for soon after her death.

In 1933, a journalist who had been making a case for Hitler killing her was beaten up and deported to Dachau Concentration Camp, where he was executed during the Night of Long Knives in 1934. Nothing spells cover-up like a journalist doing his job being murdered and permanently silenced.

So, what’s the evidence of Geli’s death being something other than a suicide? Well, there isn’t a lot other than speculation. At the time of her death, Geli was in the middle of writing a letter. Though she never finished the first sentence, that sentence did contain her hope to travel to Vienna soon. Not exactly your standard suicide note. Also compelling is the fact the last word she had written “and” (or in German “und”) was never completed, Geli never wrote the final letter “d.” This suggests she was interrupted in the midst of her letter and obviously never got back to it. That’s not the only evidence though.

One of the earliest newspaper accounts of her death noted Geli had a broken nose when her body was discovered. Other rumors suggested she was pregnant, and the father of the baby was either Hitler himself or a Jewish music teacher. If Geli’s body is exhumed and a full postmortem of what’s left of her remains is done, historians and journalists will finally know for certain if her nose was broken and, if she was more than three months pregnant, a child is still in her womb. However, the Viennese government so far has refused to allow any such exhumation to take place.

How Geli’s body was even discovered in the first place isn’t clear. Stories are split on who made the decision to break into the room and locate her lifeless body. The live-in housekeepers were adamant they hadn’t heard any noise from inside Geli’s rooms, much less the sound of a gunshot, and yet that was clearly the cause of death. Some state it was Rudolf Hess who broke down the door, while others state it was Franz Schwarz and Max Amann who found the door locked and summoned a locksmith. Either way it was obviously a high-ranking Nazi official who made the decision to get the door open. Once the door was open, someone went inside and reportedly found Geli lying on her sofa in a pool of blood, allegedly with Hitler’s pistol still in hand. The gunshot wound was in her chest, leaving her beautiful face intact (which is a pattern seen more often in female gunshot suicides anyway, but I digress).

Other motives for her death range from money to knowledge. If Geli was really as close to Adolf as it seems, she had to know information about him, information that could damage Hitler’s career or the Nazi party at large. A more radical theory is that by killing Geli, Adolf was somehow able to obtain the large swaths of money needed to buy his expensive cars and mountain estate (this theory seems extremely unlikely, and not even I completely understand the link between Geli and the money, but you never know and I thought it best to at least mention it).

The cemetery where Geli was buried originally had a grand plot for her paid for by Hitler, but the spot is in a cemetery where you rent the spot. In 1946, with Hitler obviously not around to keep up the payments, Geli's body was exhumed and moved to a pauper’s field. The weird thing is Geli was originally buried in consecrated ground, and for Catholics you are not allowed to be buried in such a place if you’ve committed a mortal sin such as suicide. But this could be explained away by Adolf’s pull over the government already starting to show through by the time Geli died.

In the 1990’s Geli’s remains were at risk of being dug up and moved again, this time to a mass grave if the new cemetery plan went through. As far as I can tell, this hasn’t taken place, but her burial situation hasn’t improved either. According to Find a Grave she remains in an unmarked grave.

The Lost Life of Eva Braun by Angela Lambert

A Concise Biography of Adolf Hitler by Thomas Fuchs

Nazi Wives: The Women at the Top of Hitler's Germany by James Wyllie