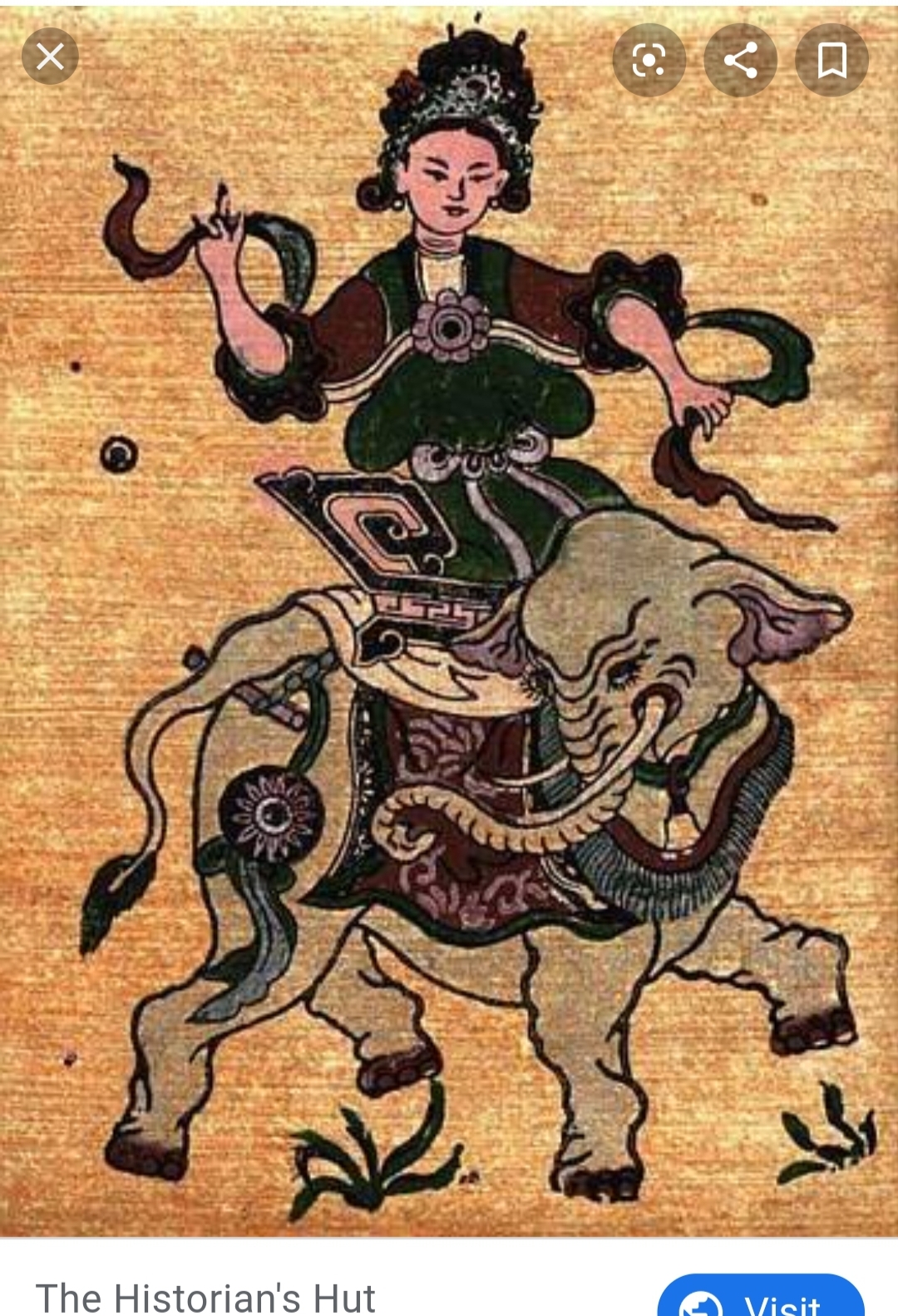 “I will not resign myself to the lot of women, who bow their heads and become concubines. I wish to ride the tempest, tame the waves, kill the sharks. I have no desire to take abuse."

Vietnamese Warrior who Fended Off the Chinese

Lady Triệu’s given name at birth is unknown.

She is sometimes referred to as the Vietnamese Joan of Arc by Western scholars.

To those unaware, the treatment of the Vietnamese at the hands of the Chinese was horrible, went on for literally hundreds of years, and led to several standout characters from Vietnamese history who dared to fight back. The Vietnamese were taxed to the point of near extinction, were forced to change their culture and written language to closer reflect their Chinese overlords, lost the vast majority of their precious stones and other items, and lost their arable lands. Basically, the Chinese came in, took over, and screwed the Vietnamese. No wonder they wanted to fight back. The first successful insurrection was led by the Trung Sisters (Trưng Nhị and Trưng Trắc) in 39 AD. They ruled for two years before being forced to commit suicide instead of being captured by the Chinese. After the Trung sisters died, the Chinese ruled over the Vietnamese for around two hundred years.

That little summation of history brings us to our current entry, Lady Triệu.

After being orphaned at a young age, Triệu moved in with her brother and sister-in-law. However, Triệu was not content to the civilian life, and instead spent her time fuming at the horrible way her people were treated by the Chinese. She eventually ran away from home and decided to raise an army of over 1,000 men against the Chinese.

Oh, and she was only nineteen at the time.

By the time she was twenty-one, Triệu had won over thirty battles against the Chinese. She even came to the aid of her brother, who also led a revolt against the Chinese (and when he died in battle, Triệu took over command of his troops).

For several months she ran an administration in the territory she freed from the Chinese, but then the Chinese overtook her forces and she committed suicide by jumping into a river to avoid becoming their prisoner.

It is said she rode into battle wearing golden armor with a sword in each hand atop an elephant, and it is also said that when her brother tried to dissuade her military aspirations (or asked her to get married instead of going to war), she replied to him the quote you see included in this article. I should add that I’ve seen this quote attributed to her in three different places, but the exact wording is slightly different. This is to be expected considering it’s a translation and was spoken around 1,800 years ago.

In 939 AD, the Vietnamese finally won independence from the Chinese. They remained free for the next 1,000 years. The Vietnamese language and culture had survived the centuries of suppression and remain today for the entire world to learn and grow in awe of. In 1771, Vietnam was finally united as one nation, after two ruling factions had ruled the north and the south since 939. Before the 19th century could end, however, the French had overtaken the nation. Then there was a little conflict called the Vietnam War—I’m sure you’ve heard of it. Long story short, Vietnam’s history has been long and bloody, but today the people are free once more (er, as long as you like Socialism anyway).

Today, a temple to Triệu stands in Vietnam. She was also given the title “Truest and Bravest First Lady”, the highest title that can be bestowed in her country.