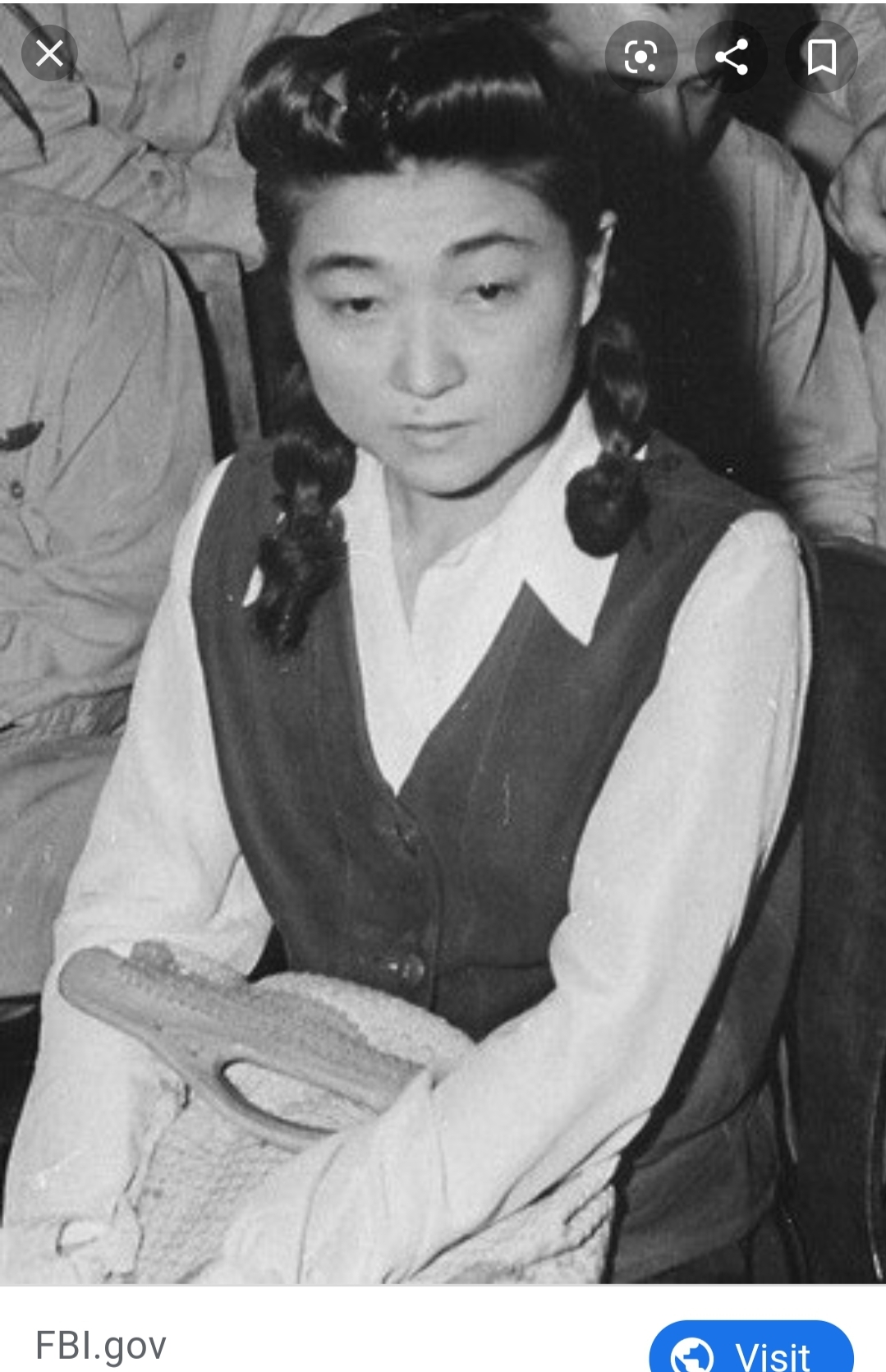 Before You Judge, You Should Know the Whole Story

Iva was arrested and charged with treason against the United States for her radio broadcasts during World War II.

So, what was the real story?

In truth, Iva was an American citizen trapped in Japan after the bombing of Pearl Harbor.

Her parents had both immigrated from Japan before Iva was born. She attended school in the United States and even earned a degree in zoology in 1940. Schoolmates and teachers never questioned her loyalty to the United States. In July of 1941, Iva sailed to Japan to visit a sick aunt and to study medicine. She traveled without a passport and had no idea this mistake would trap her in the land of her ancestors for four years. In September of 1941, Iva applied to receive a US passport while still in Japan, hoping to return home to California for permanent residence. Unfortunately, war broke out before her passport could be issued.

Needing money, she took a job for the Japanese Radio companies and in 1943 became a DJ on the propaganda stations (specifically on the Zero Hour program). Before she got a job, Iva had been branded an “enemy alien” by the Japanese government for her refusal to denounce her US citizenship. She was refused a ration card as well, meaning Iva’s very existence was a struggle to survive.

Zero Hour, the program Iva would eventually write and speak on, was run by three prisoners of war (one Australian, one American, and one Filipino). The men hated the Japanese government, obviously. Though they had been tasked with creating a propaganda machine to demoralize the Allied troops, they decided to do the opposite. Because the program was in English, and most of the Japanese commanders who ordered them to create the program were not fluent in English, Iva and the men had some leeway with their programming.

Prior to being hired to work on Zero Hour, Iva had gained her future bosses' trust by smuggling food into the Prisoner of War camp they had been living in. If Iva had been caught, she would have been killed. After taking the job at Zero Hour, Iva informed her bosses she would never speak ill against the Americans, and she would refuse to read any script that was meant to be used as propaganda against those troops.

Iva spoke for about twenty minutes per day on weekdays, and most of her time slot was devoted to popular music of the day. Her nickname on air was “Orphan Ann” or “Orphan Annie” and though she was on a propaganda station, her words could hardly be construed as anything actually dangerous (as previously stated). Some reports even showed troop morale was raised by her performances. After all, Iva was still a loyal US citizen throughout all of this. She just happened to be trapped in Japan because of the war.

Though evidence would later come out that it was other Japanese women who made the infamous Tokyo Rose* broadcasts, Iva was the unfortunate girl to be charged with making them. The Tokyo Rose broadcasts were hated by the Americans because of their demoralizing nature. Tokyo Rose was always there to quickly remind US soldiers and sailors in the Pacific Theatre how many of their own had died or been taken prisoner. This was very different from Iva’s Zero Hour broadcasts, but that didn’t matter.

In April 1945, Iva married a Portuguese/Japanese man, who held Portuguese citizenship. After the wedding, Iva refused to renounce her US citizenship in favor of her husband's Portuguese. She also continued her Zero Hour radio programming until the war ended later that year. In total, Iva would make three hundred forty appearances on Zero Hour.

Once the war was over, of course the leaders back home in the US wanted to find Tokyo Rose and make an example out of her. Unfortunately for Iva, she signed a contract with two American broadcasters that identified her as Tokyo Rose. Iva wasn’t aware of the implications of that little piece of the puzzle. She simply needed money and was willing to talk about the broadcasts she’d made during the war years. Once the contract was signed, Iva was branded as the one true Tokyo Rose, and she never received a dime of the money that had been promised her.

It should be noted, however, that by the end of 1945, actual prosecutors and detectives back in the US refused to charge Iva. They had found insufficient evidence that she was the real Tokyo Rose, and they released her from their detention. That should have been the end of the story. Unfortunately, the following year, Iva again requested a US passport. Veterans organizations and others who had heard of Tokyo Rose were outraged at the very thought of the infamous broadcaster being allowed to return to US soil. They didn’t care that Iva had been released for lack of evidence.

The Department of Justice reopened the case against Iva and asked the FBI to turn over all of their files into the matter. The DOJ also requested all American servicemen who believed they could identify Tokyo Rose’s voice contact the FBI for further questioning. Today it is known one of the DOJ’s attorneys even went so far as to convince a contact to perjure himself in order to make the case against Iva.

In September of 1948, Iva was indicted on several charges. Her one and only child was born around the same time, in Japan, but died soon after it was born. Iva was quickly detained in Japan and dragged back to the United States to face the charges. Her trial began on July 5th of the following year (one day after her thirty-third birthday). On September 29th, the jury found her guilty on one charge—she had spoken about the loss of US troops on a ship on an unspecified day in October of 1944. It was the fact that Iva had spoken these words into a microphone that was owned by the Japanese Broadcasting Corporation that did her in. She was charged with eight counts total, but the jury only ever found her guilty of one.

Iva was sentenced to ten years in prison and a $10,000 fine. She was only the seventh person in US history to be found guilty of treason. Iva served six years and lost her citizenship, then fought her deportation for years.

Iva's husband was arrested and questioned about his wife's activities during the war. Then he was forcibly banned from US soil. Iva could never leave the US for fear of not being allowed back, and her husband was never allowed to return. Finally, in 1980, they obtained a divorce to allow them both to move on with their lives.

Iva worked in her father’s shop in Chicago after being released from prison. Luckily for her, she became a little known figure in her neighborhood, and was largely left alone by the public.

President Ford pardoned Iva on his last full day in office and restored her citizenship. The pardon came after the president was made aware of the fact that one of the DOJ's main witnesses later admitted to perjuring himself.

*In actuality, no Japanese broadcaster ever used the nickname “Tokyo Rose” while on air. The name came from a phrase American and other Allied soldiers used to describe all of the female Japanese radio broadcasters during the war.

Where Are They Buried, How Did They Die? by Tod Benoit

Miracles & Massacres: True and Untold Stories of the Making of America by Glenn Beck