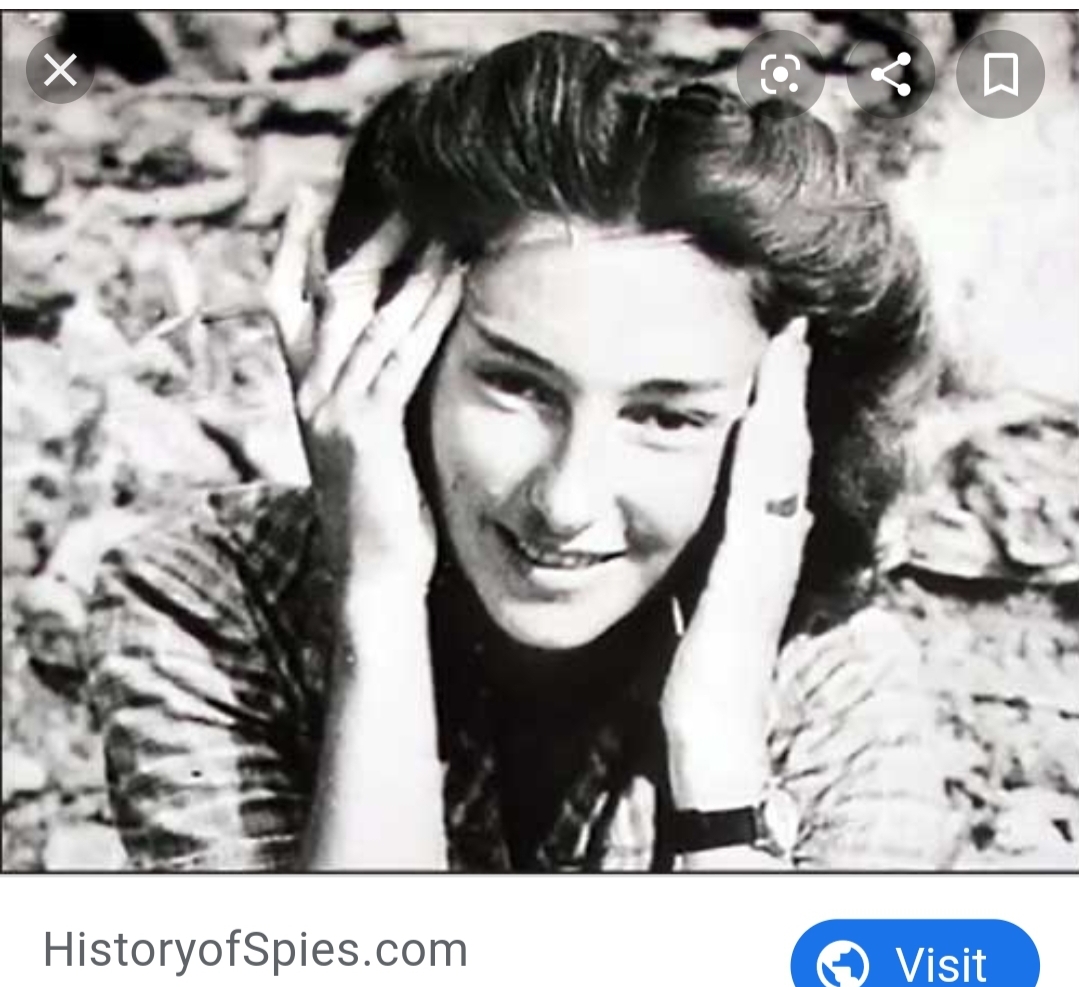 Christine’s father was a member of the Polish aristocracy and her mother had been born to a Jewish banking family and therefore was seen as lower class (because Anti-Semitism was alive and well in Poland, and the rest of Europe, at the time!). Christine was educated well, taught to ski, and entered Poland’s national beauty pageant at one point. When the Depression hit, things changed, and Christine had to get a job as a secretary.

Christine was married twice in her life. Her first husband was an older businessman, and the divorce settlement awarded Christine a healthy income to live off of.

By the time Germany invaded Poland in 1939, Christine was married to her second husband and not about to let her country collapse to German forces. She immediately headed for the British Special Operations Executive (SOE) in London and volunteered her services. According to one source this made her the first woman to do so. Christine is therefore recognized as the longest serving female special agent for the British in World War II (according to that same, single source, so take that for what you will).

Christine’s first mission was to head to neutral Hungary and then traverse into occupied Poland, where she was later arrested with her fellow spy and lover (her second marriage was over by this point too). During Christine’s interrogation by the Gestapo, she managed to bite her tongue so hard she started bleeding and was able to convince the guards she had tuberculosis, so they let her, and her boyfriend go. The pair managed to get out of the country and travel to Cairo, where the SOE had set up a headquarters.

At first, the SOE though Christine had become a double agent, because they were convinced she could not have possibly made it to Cairo without being caught and turned by the Vichy Government that controlled France, and therefore Syria, at the time. It was only after Christine warned the SOE Hitler was going to invade the Soviet Union (and then he did) that the British realized Christine was still on their side. After hearing of this, Winston Churchill later dubbed Christine his “Favorite Spy.”

In 1944, Christine was dropped into occupied France, and quickly became known to the other spies as lethal and able to get the job done, no matter what. She saved the lives of two British officers after paying two million francs ransom and (possibly) convincing the Gestapo guard the men were her family members.

Christine was awarded the French Croix de Guerre and the British George Medal for her exploits during the war. She was also appointed to the Order of the British Empire (or OBE). Once Christine’s severance pay ran out, she found it difficult adapting to civilian life. She applied for British citizenship, but the application process was slow going.

Christine took several odd jobs including housekeeper, department store employee, and even a switchboard operator. When Christine applied to work at the United Nations office in Geneva for Britain, she was turned down because she was not British.
Christine’s last years were difficult. She suffered from depression and slowly recovered from injuries sustained after being hit by a car. Eventually, Christine was able to land a job as a stewardess on a cruise ship. While onboard the ship, another male crewmate became obsessed with Christine, and he began stalking her. Christine told him she wasn’t interested, but it wasn’t enough to rebuff him. The man stabbed and killed Christine outside of her hotel room, and later pled guilty to the crime. A sad and lonely death for someone who had done so much to protect the rights and freedoms of people across the world.

Christine is seen as the inspiration for the very first Bond Girl, Vesper Lynd in Casino Royale. Some sources claim Ian Fleming never actually met Christine, only heard of her through his ties to MI5, while other sources claim they dated for a year, so who knows!