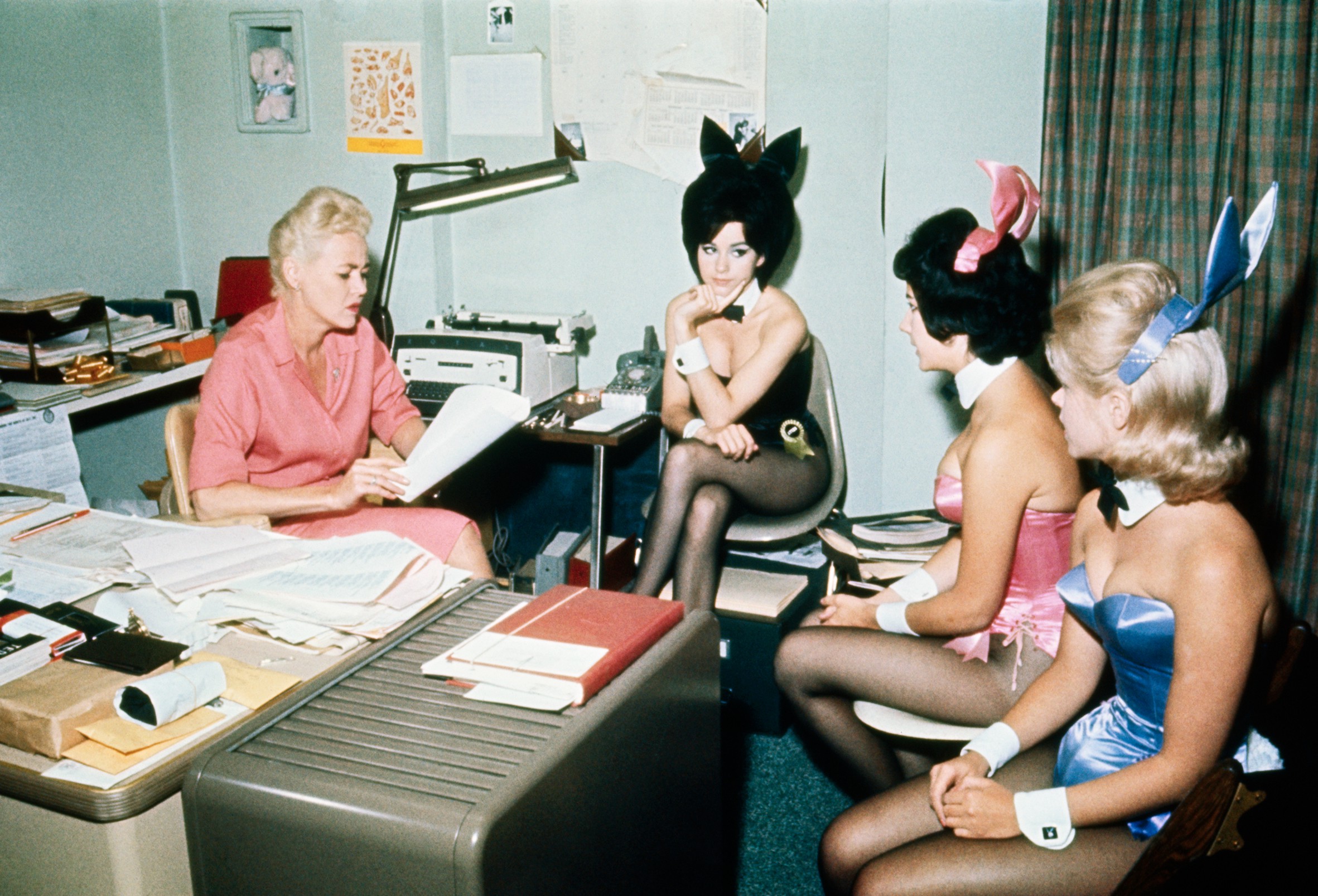 " … Hugh M. Hefner is—though few will ever really realize it—a staunchly upright, rigorously moral man—and I know him well and he has never been involved in the criminal activity which is being attributed to him now.”

There are conflicting theories on what it was that made Bobbie commit suicide (they range from drug charges to her car crash ten years earlier that had killed her fiancé).

Bobbie grew up in a tight-knit Jewish family. She was extremely close to her twin brother and claimed to not remember her father after he died when Bobbie was ten. She was also extremely bright when it came to school. After being informed she was able to skip a grade, Bobbie at first refused; she didn’t want to leave her twin behind. After her brother told her to go for it though, Bobbie agreed.

Bobbie joined the Playboy empire as soon as she graduated high school. Though she dated Hugh Hefner for a time, the personal relationship didn’t last. However, she soon moved into an apartment at the first Playboy Mansion in Chicago. Bobbie also worked as Hugh’s “Social Secretary,” overseeing his meetings and running the day to day schedule for Hugh before he moved to California full-time. Sadly, whenever Bobbie asked for a raise or a title befitting all the work she did for Hugh, he laughed her off.

Soon after she began working for Playboy, Bobbie began dating a man named Tom who also worked for the company. Sadly, Tom was killed in a car accident. Bobbie always blamed herself for the crash. She had been driving at the time when she lost control of the car. Bobbie was thrown from the vehicle, but Tom was trapped inside and crushed to death after the car flipped. This episode in Bobbie’s life was only the beginning of what would soon be numerous mental health issues. She soon became dependent on alcohol and marijuana according to some sources.

Bobbie was plagued by low self-esteem and other issues with her mental health throughout her adult life. She was constantly comparing her body to those in the photos from the Playboy shoots she saw every day. Bobbie was also incapable of seeing just how valued she was at Playboy. True she wasn’t getting paid enough and didn’t have a fancy title (both of which are horrible, don’t get me wrong), but the people who worked in the Chicago mansion loved Bobbie and loved everything she did for them. Unfortunately, Bobbie wasn’t able to see and feel their love and appreciation herself. The only time she spent away for Playboy for an extended period of time after beginning to work there was a month she spent at a “fat farm” in the late 1960’s. Bobbie’s mental health began to spiral after her weight ballooned to one-hundred-forty pounds on her slight five foot three frame. Luckily the farm worked, and Bobbie dropped close to forty pounds. She also quit drinking and smoking around that time too.

In the early 70’s, Bobbie, now in her thirties, began dating younger men. One of them was a twenty-four-year-old drug dealer who lived in the mansion on and off. Bobbie was interrogated by Federal Agents with her boyfriend. Though she wasn’t arrested or charged formally, the reason given was Bobbie had intent to transport a half a pound of cocaine between Florida and Illinois. Before her official arrest came down, Bobbie was interviewed over and over again by the FBI and DEA, both of whom were trying to get Bobbie to confess Hugh Hefner and Playboy in general were drug dens. Bobbie refused to break or implicate Hefner or Playboy in any way, which understandably pissed off the DEA and FBI agents who had spent years on this operation.

Finally, in 1974, three years after the initial bust, Bobbie was arrested. She was found guilty in a trial later that year. Bobbie refused to testify in her own defense, not wanting to have to face up to a cross examination. She was sentenced to fifteen years in prison (meanwhile her boyfriend, the actual drug dealer, got six). Many see Bobbie’s excessive sentence as punishment for refusing to crack and give the federal government what they wanted. However, Bobbie’s lawyers were able to snag a ray of hope. If Bobbie underwent ninety days of psychiatric evaluation, she had the chance of having her sentence reduced to probation instead of jail time. She was then released entirely pending an appeal. Soon after, subpoenas were issued for several members of the Playboy Empire, including Hugh Hefner and Bobbie. Bobbie was terrified of being faced with the option of immunity or jail. She would never turn on Hugh, but she would also never go to jail.

Bobbie’s arrest and subsequent death ended a multi-year operation the federal government launched into the Playboy Empire. The federal government was trying to catch Playboy in the act of distributing narcotics, but unfortunately Bobbie was the only connection they were able to “prove” and even that was a sham. The US Department of Justice shuttered the case soon after Bobbie’s death, citing a lack of evidence.

Hugh Hefner accused the federal agents who had harassed Bobbie of murder. Hugh believed they had manufactured the evidence to arrest her in the first place, and then they had her killed after her sentence was handed down. Even if they hadn’t forced the pills down Bobbie’s throat, it was their fault she was dead. Bobbie’s was the first funeral Hugh ever attended.

Bobbie attempted suicide twice before succeeding on the third attempt only weeks after being given her sentence. For this reason, many of her friends insisted Bobbie’s death was on her alone, and not anyone else.

Bobbie’s first suicide attempt came in 1970. She took an overdose of barbiturates and then called a friend, who could tell by her slurred words that Bobbie had overdosed. Bobbie was taken to a hospital where her stomach was pumped. Soon after, she received a promotion and a raise at Playboy (Her new title was assistant to the President—AKA Hugh Hefner). Bobbie’s second attempt came just before her trial began, but again she was saved. After the trial ended, Bobbie agreed to visit California after things blew over, to possibly join the new Playboy Mansion crew out there permanently. Things were seemingly looking up from the outside looking in. She had dinner with friends the night before she died, and when she called the same friend who had saved her twice before, she told her friend’s husband (who answered the phone), she would talk to her friend in the morning.

However, on the inside, Bobbie obviously thought differently than she was presenting outwardly. Her third and final suicide attempt was successful; her body was discovered lying in a hotel room twelve hours after she stopped breathing.

Her suicide note was left in an envelope labeled “This is another one of those boring suicide notes.”