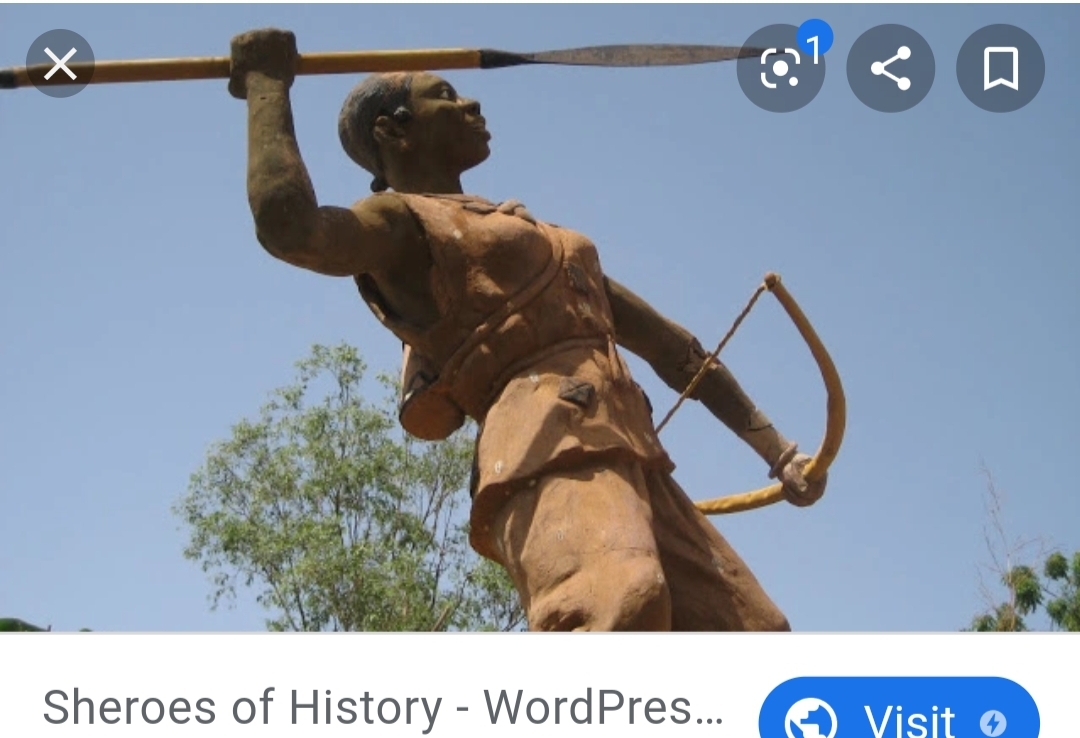 Mother of the Mossi People

Also Known As: Yalanga or Poko

The Mossi hail from present-day Burkina Faso and most of what we know of Yennenga comes from the Mossi people’s oral history.

Yennenga was also a battalion commander. She was an expert horse rider and could throw a javelin, spear, and use a bow.

Yennenga was such an expert in the field that her father banned her from marrying when she came of age, she was too useful for him to let her skills go to waste as a homemaker. When Yennenga was only fourteen, she fought in battle against a warring people, the Malinkes. Yennenga was born into the Dagomba (also spelled Dagomaba) tribe of which her father was king.

All Yennenga really wanted was to fall in love, get married, and have kids but she remained obedient to her father anyway. To show her dissatisfaction with her dad, Yennenga planted a field of wheat. When the crop had grown, she let it rot instead of harvesting it. When her father asked Yennenga why she let the plants die, she explained to him that he was doing the same thing to her by preventing her from getting married and having a family.

For her insolence, Yennenga’s dear old dad locked her up. After a while in prison, someone helped Yennenga escape. After traveling a long distance and becoming exhausted, Yennenga eventually met an elephant hunter and they fell in love and had a son.

Once their son was fully grown, Ouedraogo left his parents’ home and returned to her mother’s home kingdom. Ouedraogo informed King Nadega (also spelled Nedega or Nedegea), his grandfather and her mother’s father, that Yennenga was not only alive, but happy with her husband and son. King Nadega was so happy to learn his daughter was alive, he threw a feast in her honor and oversaw the training of Ouedraogo. King Nadega also gifted his grandson a cavalry and other goods including cattle. Ouedraogo used his grandfather’s gifts to fund his own kingdom, the Tenkodogo. The Tenkodogo is today considered the cradle and beginning of the Mossi People and Kingdoms.

Yennenga is a cultural icon throughout Burkina Faso and neighboring African countries. There are numerous statues of her throughout the lands, roads names in her honor, and even a film award styled after her.

In Burkina Faso, the Yennenga Progress works to create welfare societies and a better world for people in miniature format before growing into a larger creation.