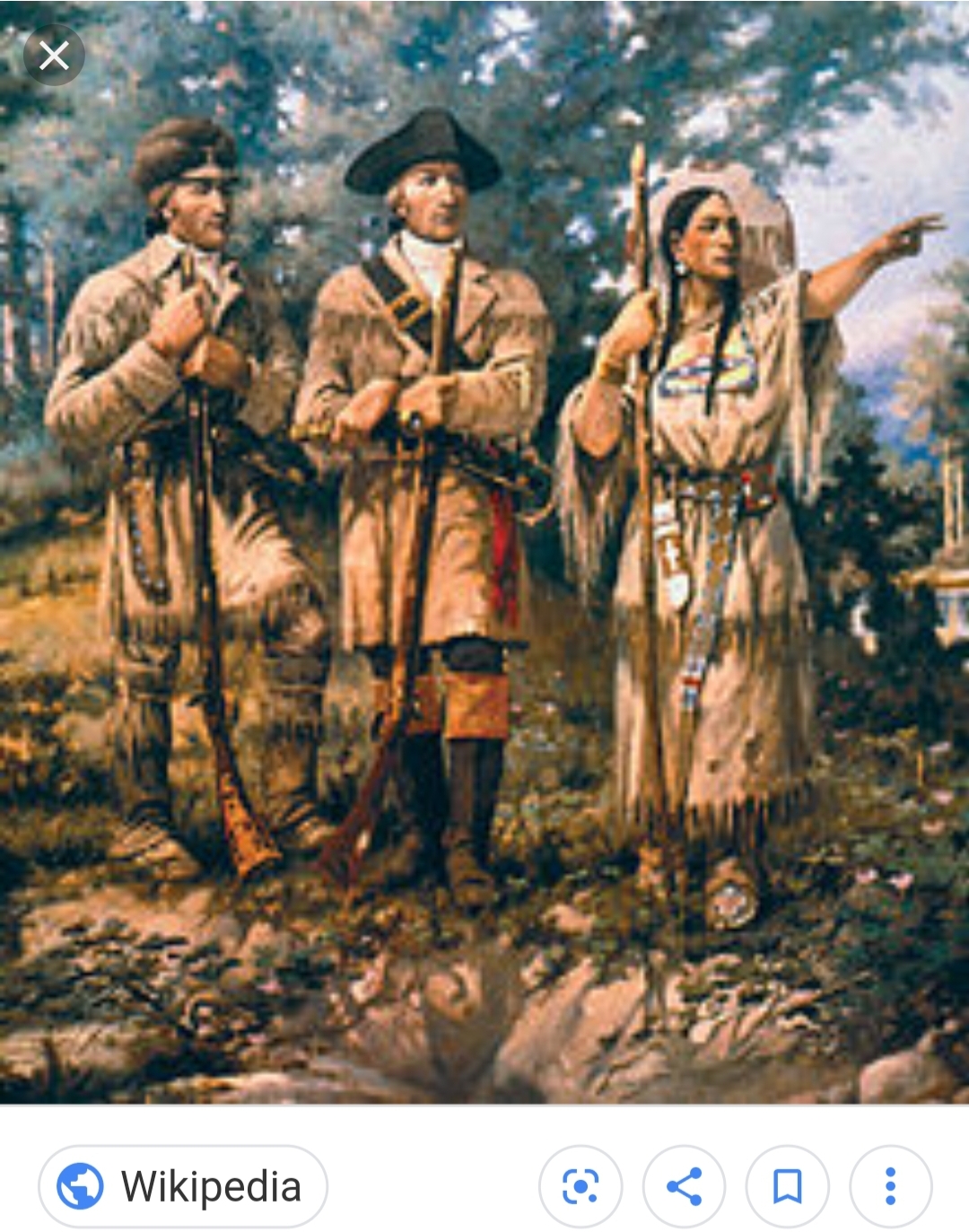 Sacagawea was the daughter of her people’s chief and was captured and sold into slavery at around the age of twelve by a rival tribe, the Hidatsa.

Sacagawea was soon made the wife of her new master (he had one other Native American wife as well).

Sacagawea and her husband were hired by the Corps as interpreters for the journey. Sacagawea knew Shoshone and Mandan—which her husband spoke, and he also knew French, from the French another man would translate to English for Lewis and Clark and then back down the line again.

Sacagawea gave birth to her first child—a son—before the Corps left her new home. Sacagawea would carry the child affectionately nicknamed Pomp throughout the journey to the Pacific Ocean and back.

Sacagawea is remembered for saving the Corps’s hide many times, including when their boat capsized, and she was able to save most of their papers and supplies. As they traveled through her first homeland she was reunited with her brother—the new Chief of her people, Cameahwait—but she continued with the group and had to leave her birth family behind.

In November of 1805, Sacagawea became the first woman to vote in a “federal” election—by casting her vote on where their winter camp would be set up (Since the Corps was sponsored by the government, she is arguably the first American woman to vote on American soil, period).

After Sacagawea died soon after giving birth to her daughter Lizette, William Clark took custody of her children. Lizette disappears from history soon after she was born but Pomp would grow up to be a scout and guide.

While most historians believe Sacagawea died soon after her daughter’s birth, Shoshone oral histories disagree. They state Sacagawea returned to her people and lived to a ripe old age before passing away as a respected woman. There is no documentation to back up that account, but because of the conflicting stories Sacagawea has two burial sites that can be visited today.

Who Was Sacagawea? by Judith Bloom Bradin

In late June of 2021, my mother and I took a road trip around some of the closer states to where we live. Along that journey, we were able to stop at the Sacajawea Cemetery in Fort Washakie, Wyoming; one of the two gravesites of Sacajawea (for more information on that, read the blog post here on my website I wrote about it, here). While we were there, I snapped this photo of the grave marker. 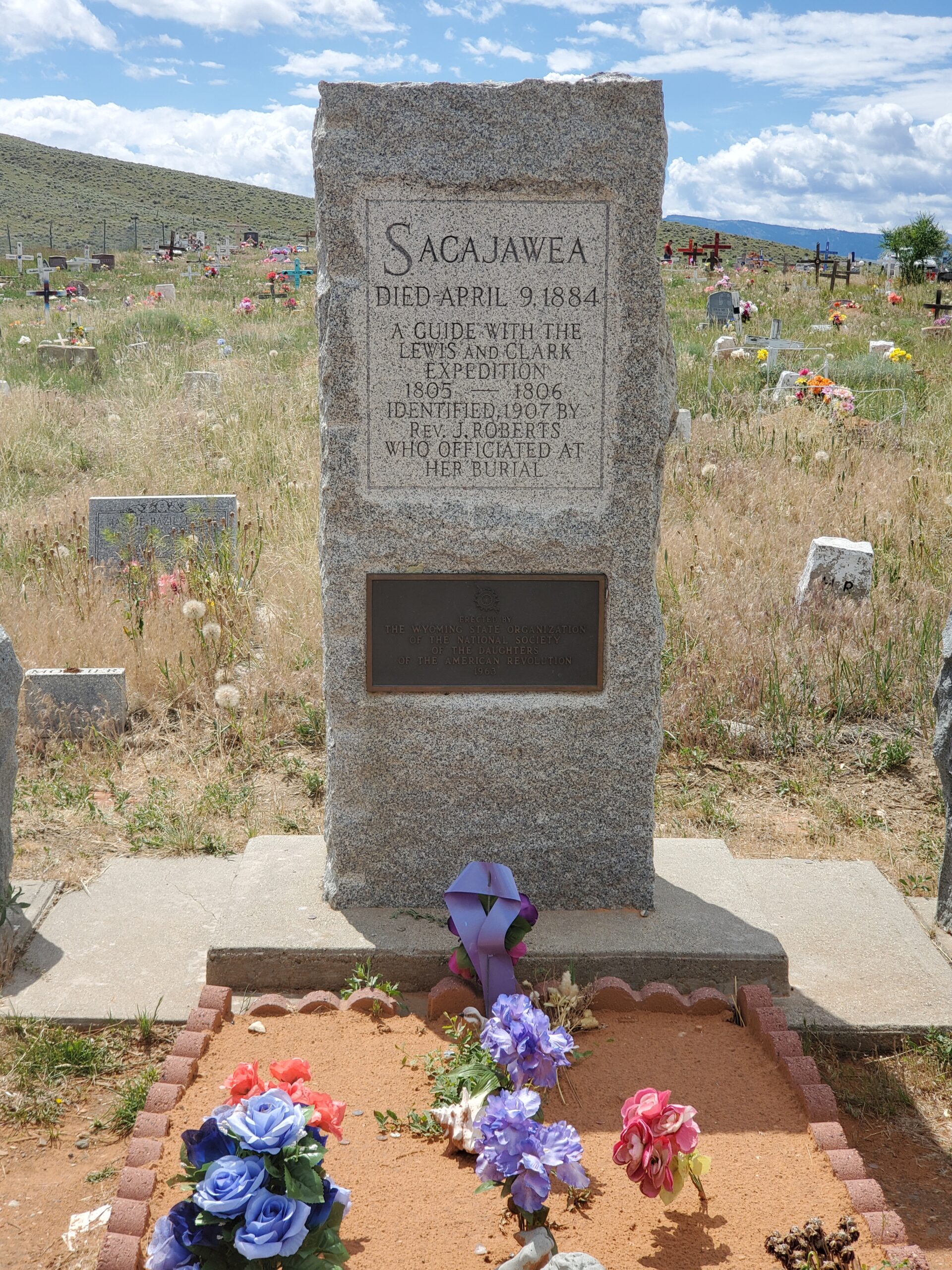