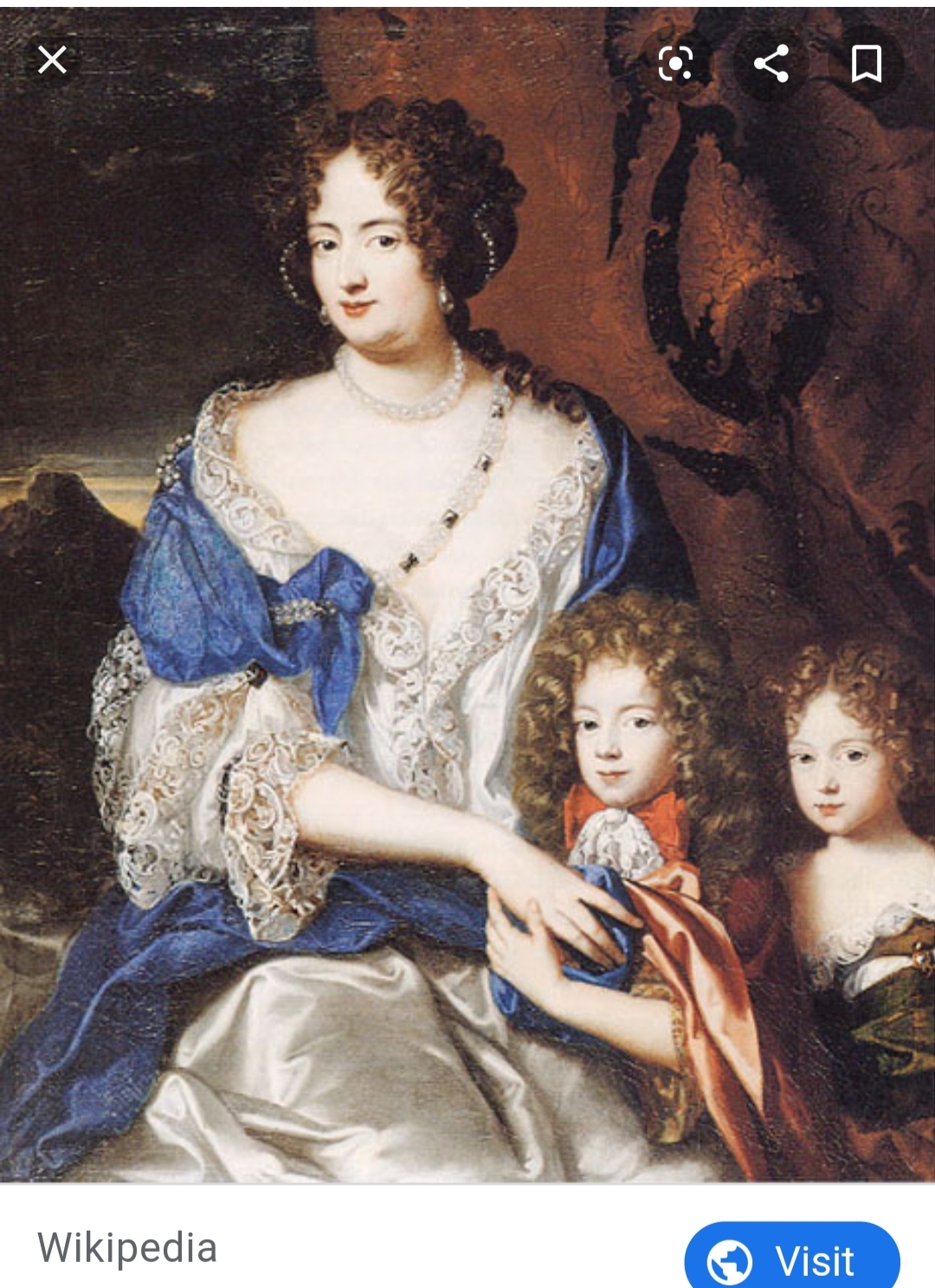 "I will not marry the pig snout!"

Royalty Really Isn’t All Its Cracked Up to Be

Sophia was a princess (or more accurately duchess, but in this case the terms are equal) from the German states who wound up married to George Louis, future George I King of Great Britain. Unfortunately for Sophia, her husband accused her of infidelity and imprisoned her for thirty-two years; over half her life! So, how did Sophia Dorothea wind up imprisoned and separated from everyone in her life save her mother? Read on.

Sophia was the only child of the Duke of Brunswick-Lüneburg and his mistress, a Frenchwoman. Though her parents would eventually enter a Morganatic marriage, Sophia was born ten years before the wedding, whoops!

Sophia’s father should have been heir to the dukedom of Hanover but love, or the lack thereof, intervened. George William (Sophia’s father) had been tasked with marrying Sophia, Princess of Palatinate, but George could not stand Sophia. Instead of forcing himself into a marriage that would make him unhappy, George gave up his dukedom, handing it and Princess Sophia’s hand in marriage off to his younger brother Ernest Augustus. In exchange, George William received the smaller Duchy of Celle.

In case all of that seems really confusing to you, the gist is this: our Sophia would eventually marry her first cousin, George Louis, who was the son of the woman Sophia’s father refused to marry (Princess Sophia of Palatinate) and his younger brother Ernest Augustus.

Sophia Dorothea and George Louis’s marriage was obviously an arranged one, and vastly unhappy to say the least. Only part of the problem stemmed from the fact that Sophia’s mother-in-law, also named Sophia as previously mentioned, hated her. Apparently, Sophia’s mother-in-law never got over the slight from Sophia’s father refusing to marry her. However, importantly for our Sophia’s future in-laws, Sophia came with an enormous dowry that the Hanovers desperately needed to survive. Various stories have been passed down through the years of Sophia’s reaction to the news of her impending nuptials—one of which stated she told her parents they’d have to physically drag her to the altar. Everything was off to a great start! And yes, in case you’re wondering, I do find it incredibly hypocritical that Sophia’s father gave up everything to save himself from a loveless marriage, but had no problem forcing his own daughter into one. Alas, that’s just history.

The wedding between Sophia Dorothea and George Louis finally took place in 1682. George was twenty-two and already had a bastard child courtesy of his parents’ governess. Sophia was sixteen and at least had the satisfaction of thinking she would eventually be the Electress of Hanover.

Sophia hated her life in Hanover so much she tried to escape her life there multiple times. She and her husband had known one another years; being first cousins gave them ample opportunity to get to know one another. Unfortunately, they had never liked each other, and marriage only made their already strained relationship much worse. In 1686, Sophia was allowed to travel abroad with her in-laws, the first trip outside of Hanover since the wedding, and she was a wonderful success—particularly with Italian men. Obviously, the attention Sophia garnered did not please her husband at all, but the relationship survived the trip well enough Sophia returned home pregnant.

Now, let’s talk more hypocrisy. George Louis had his panties in a twist because Sophia was getting a little male attention, right? Well, he and Sophia made it home to Hanover, and then he promptly took on a mistress. And remember, Sophia was pregnant at the time. When Sophia found out, she jumped at the chance to rail against her husband, calling his behavior unacceptable. Eventually, Sophia fell so ill her physicians were afraid she would miscarry. Sophia’s mother-in-law forced George to visit his wife’s bedside, which he did. George sat and held her hand, not saying a word.

After Sophia’s second child was born, she never became pregnant again. This leads most historians to agree that the couple stopped sleeping together. However, George’s mistress gave birth to two daughters, so he wasn’t missing much from his wife. Around this same time, Sophia began to be linked to Count Philip Christoph von Königsmark; who has widely been regarded as her lover. The couple exchanged many letters over the years, most of them eventually ending up with Philip’s sister to help hide the relationship. Very few of the letters survive to today, with many believing a large majority were destroyed by Sophia’s son, George II.

The relationship did not remain secret long, and eventually Sophia’s mother, mother-in-law, and sister-in-law all tried to get her to knock it off and, for lack of a better word, dump Philip. Sophia refused and the relationship continued. Unfortunately for them both, Philip was assassinated in 1694 after Sophia tried and failed to escape once again.

Now, if you think this story sounds sad enough already, just wait. Philip wasn’t just assassinated. Oh no; his body was buried under the floorboards of the castle in which he was killed after the mistress who ordered his death realized her beau hadn’t authorized Philip’s murder (not George and his girl, actually the mistress of George’s father Ernest, confusing I know!). During that same time year, Sophia came into a room and found George—her husband—was sitting with his mistress and their daughter. A fight broke out between the married couple, and George physically tried to strangle his wife. She received no support from her in-laws, who told her to ignore George’s indiscretions and move on. Then Philipp was killed. And then, again with the it gets worse, George forced Sophia to obtain a divorce, becoming only the second British Monarch to do so. Once the marriage was split apart, George sent Sophia to a castle in Ahlden, where she stayed for the rest of her life, a prisoner to her ex-husband’s whims.

And if all that wasn’t bad enough (I know, just hang on), George managed to hang onto Sophia’s dowry—reportedly to help raise their children, and then forbid Sophia from seeing her children entirely. She spent the rest of her life locked away in Ahlden, and though her husband tried to make her out to be the villain, the people of Ahlden grew to love their princess.

In 1701, years after Sophia Dorothea became a prisoner in Ahlden, Great Britain passed The Act of Settlement. This act came about after the current king, William III and the future Queen Anne, were not likely to have any surviving heirs. The act proclaimed George Louis’s mother, Sophia’s pesky mother-in-law Sophia Princess of Palatinate, the heir to the throne of Great Britain and Ireland. Though Princess Sophia was over seventy years old by then, she was ready to be queen. Unfortunately for her, she died two months before Queen Anne. With Anne and Sophia both dead, George Louis stepped up to become George I, the first Hanoverian King, and his son George the heir. Had the divorce never been forced through, our Sophia Dorothea would have been Queen Consort of Great Britain and Ireland.

Just before Sophia’s death, she wrote from her bed in Ahlden a nasty letter to her ex-husband. She blamed him for the many horrors he’d caused her throughout her life and told him what a piece of crap he really was. Sophia was finally laid to rest six months after her death, beside her parents in an old chapel in Celle. Four weeks after her burial, George arrived in Hanover for a visit. He had just received Sophia’s final letter. Only days later, George suffered from a horrific and fatal stroke, and the people wasted no time saying Sophia’s spirit had returned to exact her final revenge against the man who had imprisoned her for so many years.

Before her life fell apart, Sophia had two children with her husband George. Her son was the future George II, while her daughter, also named Sophia Dorothea, went on to marry Frederick William I and become the mother of Frederick the Great, earning the title Queen of Prussia for her efforts. Today, our Sophia Dorothea is little remembered, but she was the matriarch of the House of Hanover and should be honored for her sordid and horribly sad tale, and for the crown that was unfairly snatched from her beautiful brow.

Sex With The Queen by Eleanor Herman