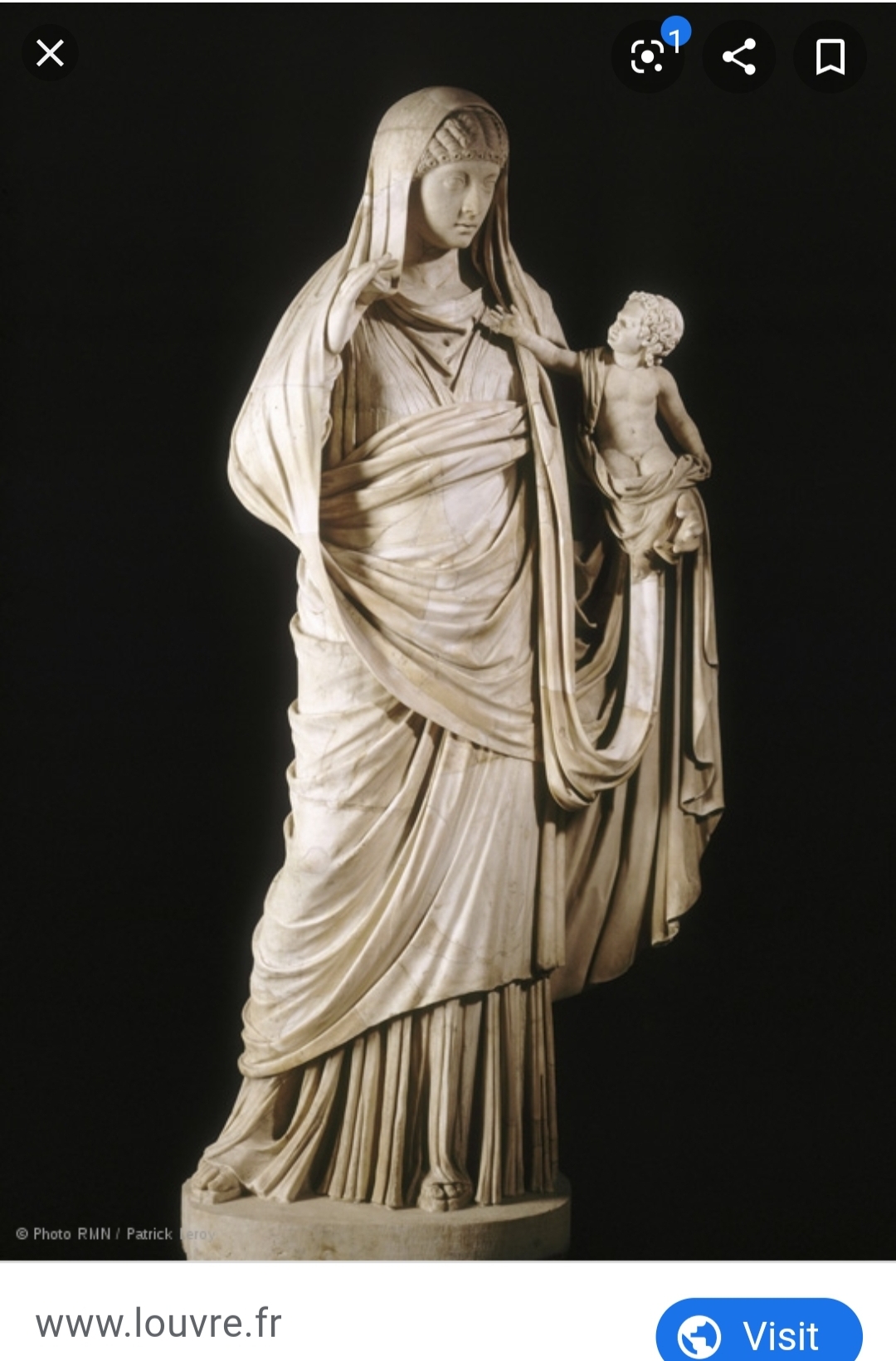 What is it With Romans and Their Family Connections?

Messalina was all of the following: the great- grandniece of Augustus, second cousin of Caligula, cousin of Nero, great-granddaughter of Marc Antony's wife Octavia, and wife of Claudius (who also happened to be her second cousin).

Messalina and Claudius married when she was fifteen and he was around fifty, so you know, that’s nice. He had previously married two other women, both of which ended in a divorce. The pair would have two children together, the second of which, Britannicus, was born just weeks after Claudius became emperor.

Messalina’s husband has largely been seen as being cowed and a pushover. She would levy charges against anyone she deemed an enemy and he was more than happy to have them exiled. One example of this was after Messalina became infatuated with her stepfather and he rejected her; Messalina had him executed by claiming Narcissus, her friend and Claudius’s secretary, had seen visions of Messalina’s stepfather stabbing the emperor. In order to back up the claim, Messalina stated she also saw the vision of the emperor’s death. Claudius signed off on the death warrant without another word.

Another example would be the sisters Julia Livilla (who was Claudius’s niece) and Agrippina, who had been exiled by Caligula. Claudius not only returned them to Rome, but also gave them back their estates and wealth. Messalina was jealous and felt threatened by the sisters, so she made her husband re-banish Julia. Julia would eventually starve to death while in exile, her husband executed. Agrippina wisely kept her head down and survived the encounter.

Messalina was so in love with her grip on power, she didn’t stop with having influential people killed. She also loved being the receiver of numerous gifts and expensive objects that once belonged to her victims. One time, Messalina also worked out having a man killed just so she could own his beautiful gardens. The man was allowed to commit suicide in favor of execution, but the means still ended with the same resolution—Messalina got her gardens.

Messalina’s use of execution and extortion were so widely known, the smarter senators all knew to go to her for favors or ways to get close to the emperor. However, Messalina’s unchecked behavior could not go on forever. By 48 CE, Messalina had had so many affairs, and Claudius was such a pushover, he had become a laughingstock to the entire Roman public. Around that time, Messalina fell in love with another Roman senator, and they hatched a plan to do away with Claudius entirely and rule the empire themselves. Gaius (the Senator in question) would adopt Messalina’s son Britannicus and everything would be just perfect.

Only duh, of course it wasn’t that easy. Despite Messalina and Gaius getting married, and Messalina even moving some of her furniture from the palace into his home. Fearful Claudius would forgive his wife for her treachery, measures were taken to prevent them from meeting. Messalina, sensing the end was near, did what any good mother would—and tried to use her children to convince their father not to kill their mother.

Wait…So not what any good mother would do. Just something a desperate woman would. It’s important to remember the children were around eight and five at the time all this went down. Messalina received word her husband would meet with her. In the meantime, her new beau and the majority of the guests that had the misfortune of showing up for the wedding were executed. A messenger arrived in place of Claudius, and he informed Messalina she was supposed to commit suicide. When Messalina refused, the messenger stabbed her himself.

Claudius showed no emotion upon the death of his third wife. He did decide to remain celibate…for a while. However, soon enough came wife number four, Agrippina. You can click on her name to read how well that worked out for the Romans.

For centuries after Messalina’s death, she was and is remembered as one of the most unmoral and indecent women in history, certainly in Roman history. However, its important to remember that Messalina was a very influential woman, with many enemies. The stories that claimed she worked in a public house as a prostitute were immediately believed by many in her time and the decades after, but today historians point out that the source for this claim remains unknown. Messalina was an empress, and most likely never worked as a prostitute. Also unhelpful to the situation was the declaration of damnatio memoriae from the Senate, basically meaning Messalina’s name would be removed from history and never be spoken again.