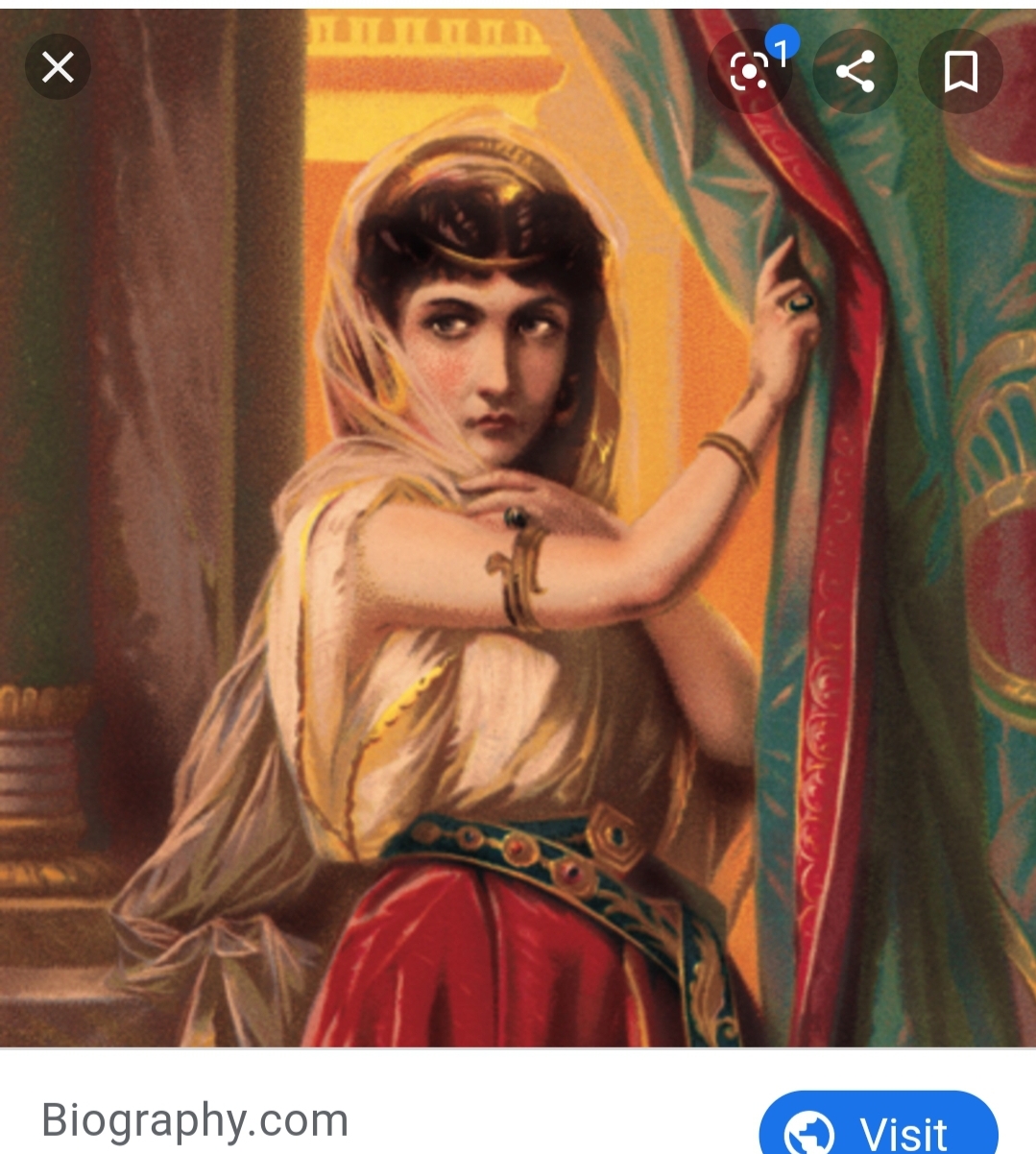 For most who know their Christian religious stories, Jezebel is the “bad-girl” of the Bible. She’s been called a prostitute, a murderer, and an enemy of god. Her name is so synonymous with sin (see what I did there?) her name has inspired everything from lingerie lines to missiles to the name of the Brothel in The Handmaid’s Tale. But was Jezebel really as bad as the Bible makes her out to be?

The Bible tells us Jezebel’s husband was King Ahab of Israel.

Jezebel was a worshipper of the god Ba’al; this led to disputes between her and the Jewish worshippers of Yahweh. Israel was the Promised Land, and the Jewish people saw worshipping another deity as a sin. So, obviously, Jezebel and her husband, once he got on board, weren’t very popular with their people.

The name Jezebel translates in Phoenician (her ethnic background) to “The Lord Exists” (in reference to Ba’al) but in Hebrew it means “Without Nobility” which is strange considering her father was the king of the Phoenician cities Tyre and Sidon. The Phoenicians worshipped a large number of deities, and so when Jezebel moved to the Northern Kingdom of Israel to marry Ahab, she brought her cultural identity with her. Some believe Jezebel’s father was a priest for Ba'al, and that Jezebel may have served as Priestess for Astarte. Ba'al and Astarte were the head god and goddess of the Phoenician Pantheon.

Now, one would think, given the time period, Jezebel would have been forced to give up her gods in favor of her husband’s. This didn’t happen, as you can guess from what you’ve already read. Instead, Jezebel persuaded Ahab to tolerate her gods in favor of Yahweh. Now you see why she’s a villain, huh? Another thing to note is the religious and cultural tolerance, or lack thereof, the Israelites possessed at the time. They would have already seen Jezebel as a foreign invader simply because of her place of birth, not to mention her beliefs in her own gods and customs.

However, Jezebel cannot simply be seen as a girl trying to hang on to her own customs. According to the Bible, Jezebel also began actively trying to eliminate the followers of Yahweh, with some lines insinuating she went so far as to have them murdered. This is where the hypocrisy starts. Later on, in the Bible, a prophet named Elijah challenges Jezebel and her followers to see which deity, Ba’al or Yahweh, has more support in Israel. Ultimately, Jezebel’s supporters won out in terms of popularity, but all this did was anger Elijah. He set out and began a mass murder of all of Jezebel’s “prophets” as they’re called. Evidently murder is only okay when it’s done in the name of—well, you get where this is going.

When Jezebel hears her prophets have been murdered, she’s understandably pissed. She responds by threatening Elijah, warning him to fear for his life. Hell hath no fury like a woman scorned, right? Jezebel’s threat is another knock against her. Biblical wives should be dutiful and quiet, not brash and quick to anger.

In another episode, Ahab tries to acquire a plot of land beside the palace to make a vegetable garden. Evidently the man who already owned the plot didn’t want to sell it, and per the laws of the land at the time, he had every right to keep his property. Jezebel wasn’t pleased with this. Back in Phoenicia, the king’s word was law, and she probably wasn’t used to a commoner saying no to the king. Jezebel therefore takes it upon herself to have the poor man murdered so her husband can acquire the plot of land, as one does.

The next time we hear from Jezebel is after her husband’s death. Evidently Ahab and their eldest son died in quick succession, so their second son takes the throne. However, support for Jezebel’s family has waned over the years, and her son ends up dead on the field of battle after being challenged by a military leader. Before killing him, this rival military leader tells Jezebel’s son his mother is a whore and a sorceress. However, throughout the Bible, Jezebel is never shown to step out on her husband, both during his life and after his death. She’s also never shown to practice any sort of witchcraft or devil work other than worshipping her ethnic people’s gods, and yet her reputation has stuck for two thousand years.

Jezebel is seen again in the Bible soon after. The man who killed her son comes to Jezreel to finish the job. When Jezebel learns the man is on his way, she refuses to flee or run and cower. Instead, she calmly dresses herself, applies makeup, and prepares for the end. For Biblical readers, her actions may seem to indicate Jezebel was preparing to seduce her son’s murderer in an attempt to spare her life. However, Jezebel’s sharp sarcastic insults towards her son’s murderer cast doubt on that situation. She fought till the end, and after her eunuchs push her out of a window (literally), Jezebel’s body falls to the ground below. She is killed in the fall, and her body left to rot outside. Her son’s murderer goes inside and celebrates in his new home; after all, he’s now the king of Israel.

After a while, the new king orders Jezebel’s body buried. However, when his soldiers come to collect her body, they find that her body has been torn apart and eaten by dogs, as prophesized earlier on in the Bible by the prophet Elijah, remember him?

One of the few pieces of historical evidence pertaining to Jezebel is an opal seal positively identified in 2007. This seal proves Jezebel was more than just a Biblical story but was in fact a real historical figure.

When God Had a Wife: The Fall and Rise of the Sacred Feminine in Judeo-Christian Tradition by Lynn Picknett and Clive Prince