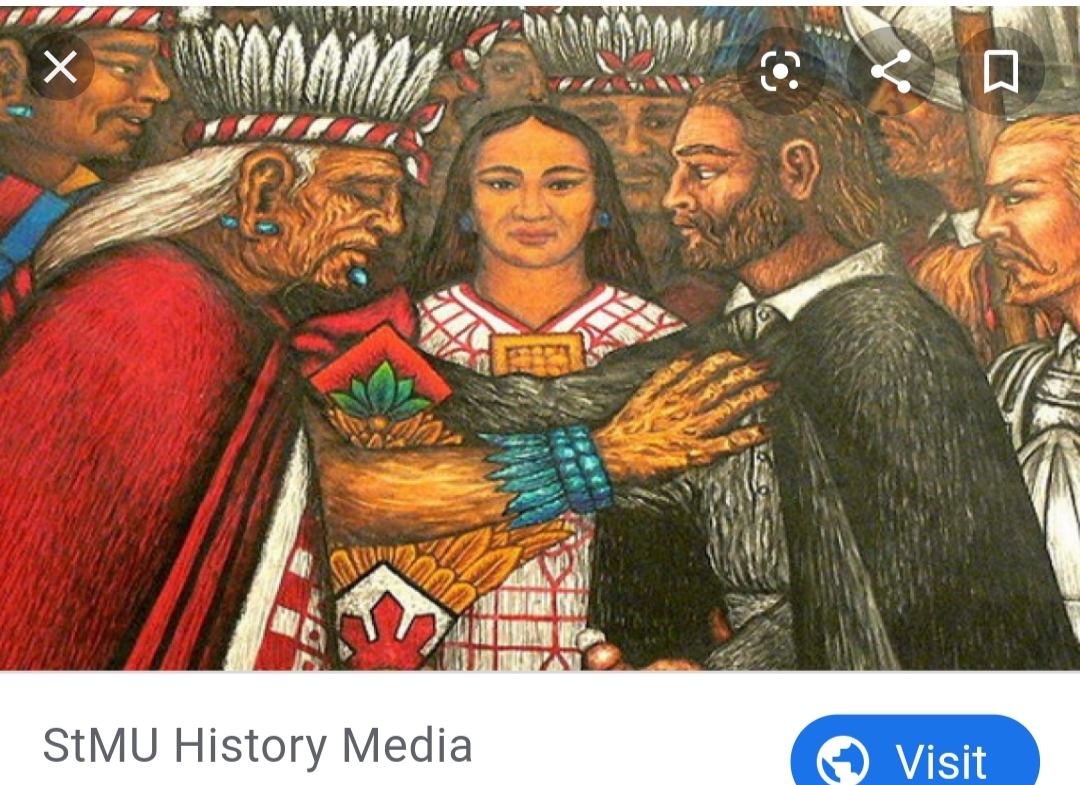 Interpreter who Helped Bring Down the Aztecs

La Malinche was a Nahua woman from the Mexican Gulf Coast.

She worked with the Spanish as an intermediary and advisor when meeting with the Aztecs. La Malinche was the daughter of a lower level Aztec chief, but was sold into slavery by her own mother after her father died. Reportedly, her mother even staged a funeral to explain La Malinche’s disappearance.

She spoke Nahuatl (the Native Aztec language) along with Mayan and Spanish allowing her to work as Hernán Cortés’s interpreter. La Malinche was so good at her job she was able to read body language and tell Cortés when people were lying to her.

La Malinche gave birth to Cortés’s son Don Martin (not to be confused with another son of his—also named Martin, that his second wife gave birth to). La Malinche’s son is considered one of the first Mestizos, or person of mixed indigenous and Spanish blood.

After the Spanish conquest of the Aztecs La Malinche faded into obscurity, but it is known La Malinche had at least one child with her husband after Cortés told her to marry him.

It is important to note that much of La Malinche’s life story is missing or estimated at at best. Cortés himself only briefly referred to her in his letters, and then only as his interpreter. The details of their intimate relationship is also unknown. Many belief La Malinche was given to Cortés as a slave, and that little, if any, affection was a part of their relationship. La Malinche's story has many historical parallels to Sally Hemings and Pocahontas.

La Malinche means “The Captain’s Woman” and the Spanish word Malinchista is slang meaning something along the lines of “Traitor to his/her own people.”

Soldaderas In the Mexican Military; Myth and History by Elizabeth Salas