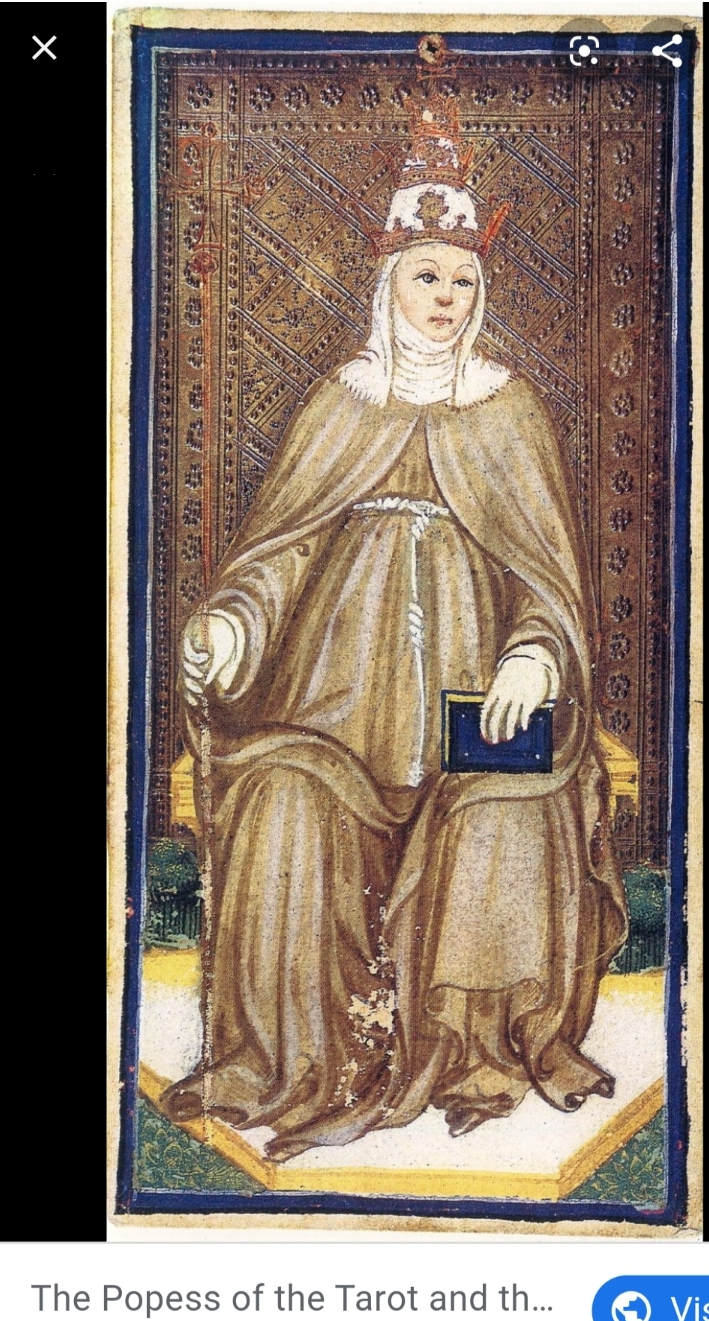 Manfreda was supposed to ascend in 1300 after Easter in a new age of Holy Spiritual-ness but instead she and her followers were all burned at the stake; including the disinterred body of Guglielma who founded the sect.

Manfreda was an abbess and first cousin of the anti-pope (Matteo Visconti) ruling in Milan at the time.

Some believe the woman depicted on the popess tarot card is in fact Manfreda, but not everyone. Another possibility is Pope Joan, but again, not everyone agrees.