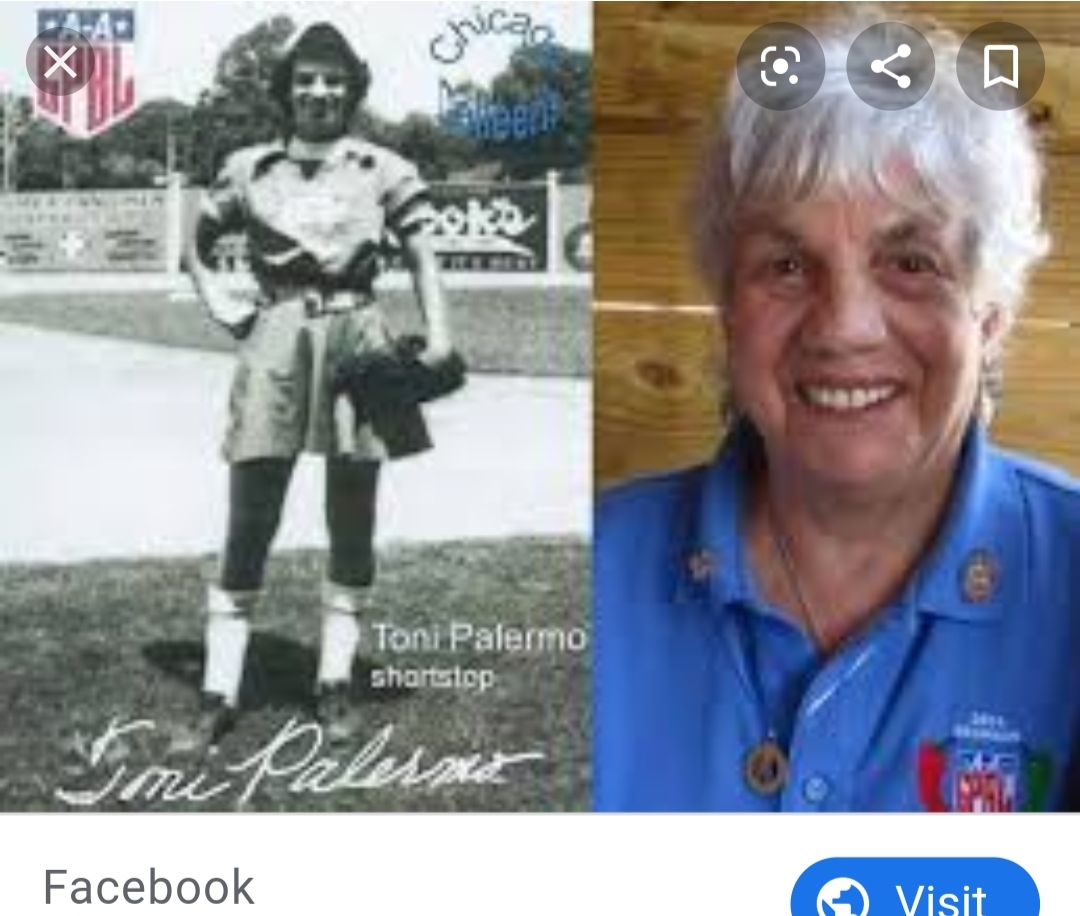 Toni played for the Chicago Colleens and the Springfield Sallies during the 1949 and 1950 seasons. She started playing softball when she was eleven years old and was fourteen when she began touring with the AAGPBL.

After baseball she became a nun, earned several bachelors, masters, and a doctoral degree, and was teaching in the Physical Education Department at the university where she earned some of her degrees. She had previously taught theology at the elementary and high school levels. Toni is also a psychotherapist and electrologist.

In 1982 she was also inducted into the National Women’s Baseball Hall of Fame.

The AAGPBL has been immortalized in the film A League of Their Own. For those who haven’t seen the film, the AAGPBL was an all girls’ baseball league originally organized to replace men’s baseball during World War II. Because the majority of the male players had been drafted, baseball teams across the country couldn't play, and it was feared the baseball fields themselves would shutter and close. Philip K Wrigley, of Wrigley's Chewing Gum fame, formed a committee to find a solution to the problem. The AAGPBL was formed as a result.