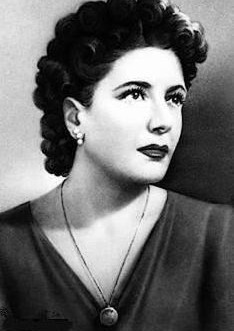 Clara is most known for what happened to her after her death. After she and Benito Mussolini, the Italian dictator, were murdered, their bodies were strung up in a public place for the Italian people to spit on and disrespect as they saw fit.

According to reports, Clara was not supposed to be killed, but she died because she tried to protect Benito. She held onto him and begged the Communist partisans not to kill Benito. But her cries were in vain; they were both shot. At the time, Benito was sixty-one and Clara was thirty-three.

After Hitler heard of how Clara, Benito, and other fascist leaders had been killed and their bodies put on public display, he vowed not to let that happen to himself. Only five days later, Hitler would kill his wife, Eva Braun, and then himself, before their bodies were burned in a shallow grave.

Clara was born into an upper-class Roman family and studied music as a child. Her father was a physician to Pope Pius XI, and her sister was an actress. Clara was enraptured with Benito and had idolized him as she grew up.

When Clara and Benito began their relationship, Clara was married to a man in the air force, but they separated soon after. Benito was also married and did not obtain a divorce from his wife. Clara was therefore his mistress, and their relationship would never “go public”, though it wasn’t a secret either. Her family was given a nice villa to move into, getting away from their normal middle-class home, all thanks to Clara's status with Benito.

After the Allied invasion of Italy, Clara was arrested, but released a few weeks later. After she got out, Clara and her family traveled to be close to Benito. When the situation worsened, Clara’s family escaped to Spain, but Clara would not leave Benito. They had hoped to escape to Switzerland, or possibly Austria with other German soldiers. However, Clara and Benito were captured by Italian partisan soldiers and executed.

After Clara's body was recovered, her family had her buried in the family plot.