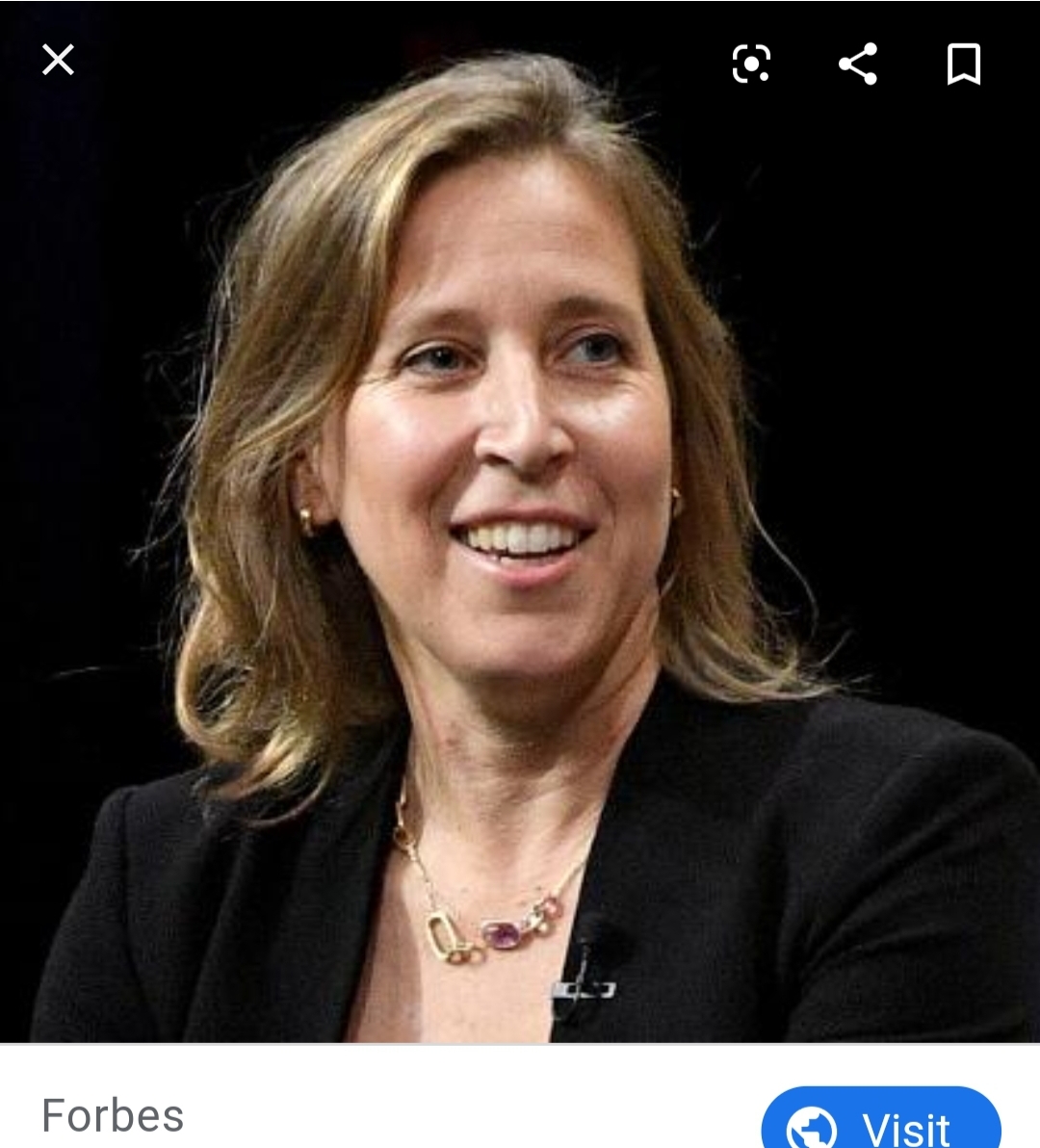 Susan was involved with Google’s original video streaming service (Google Video) and proposed the acquisition of YouTube by Google in 2006.

She is a Harvard graduate who studied history and literature. Susan holds two master’s degrees from other universities.

She was involved with crafting the original Google Doodles along with Google Images and Google Books. Susan was also involved in AdWords, Adsense, and other marketing projects.

Susan is married and has five children. Her sister Anne is the CEO of 23andMe.