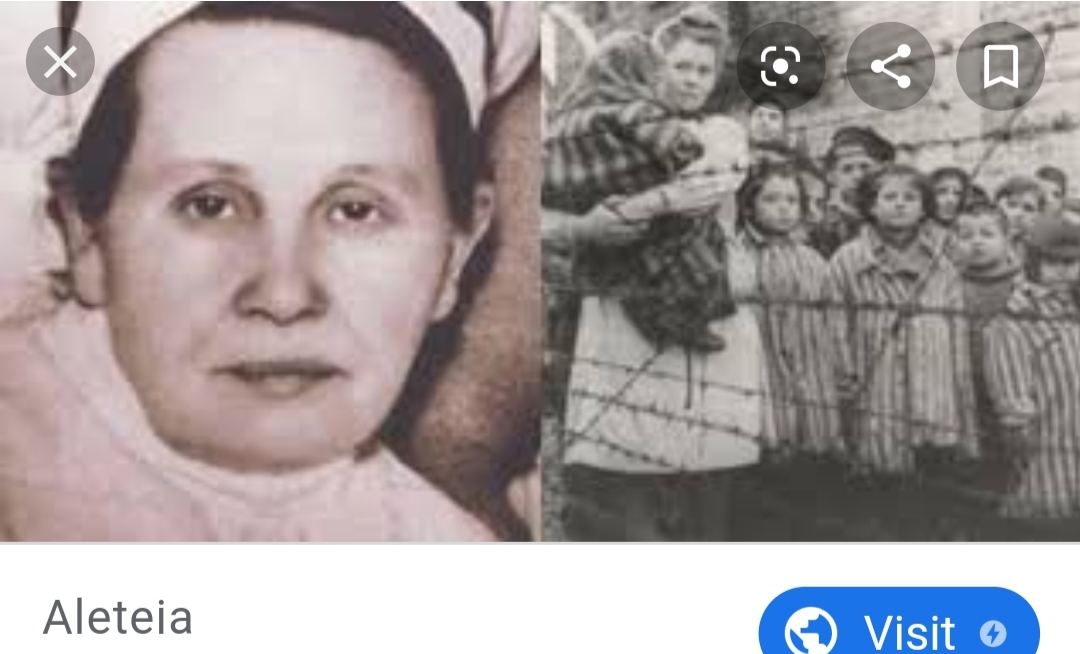 “From that time on, (May 1943), all mothers gave birth at the concentration camp’s hospital. Some mothers were sent to the crematorium together with their infants immediately after they gave birth. The vision of those women each carrying her child wrapped in paper, sometimes on a winter day, to the place of execution, was terrible.”

Stanisława delivered around 3,000 babies during the two years she was incarcerated there.

Stanisława spent two years in Rio de Janeiro when she was young but spent the majority of her youth in Poland. She married in 1916 and attended a two-year obstetrics school in order to earn her certificate to work as a midwife in Poland. Stanisława was devoutly religious and was said to have prayed for every mother she attended to.

Her husband was a printer who made fake identification for Jews in Poland, as well as providing food and other supplies. Once he was caught their entire family was arrested (Stanislawa and her daughter ended up in Auschwitz, two sons went to Mauthausen Gusen, and her husband and another son escaped and were later killed in Warsaw).

According to her memoirs, all children born in Auschwitz before 1943 were drowned in a barrel after being declared stillborn. When Stanisława arrived and learned she was expected to murder the babies, she refused. She did not cower or bend to the will of the Nazis. Stanisława stood her ground. She began helping mothers and delivering babies with the help of her daughter and some of the other women. Stanisława knew the children would most likely be murdered soon after, but still she did everything to ensure the mothers and babies survived the births, even standing up to Dr. Mengele himself.

After 1943, babies that were blonde with blue eyes were sent to Germany in part of the Lebensborn Program. This program is believed to have kidnapped 100,000 babies in Poland alone in a ten year period. Some non-Jewish mothers were allowed to keep their children, but most died from the horrible conditions in the camp. Other mothers killed their babies themselves in the hopes of sparing them from the Nazis torture.

Stanisława hoped to reunite mothers with their babies by tattooing the children under their armpits where the SS would not see them.

In early 1945, when the Nazis ordered prisoners to leave the camp in the now infamous Death March, Stanisława refused to leave, staying in the camp until liberation. After she was freed, Stanisława returned to working as a midwife. She did not begin discussing what she had done in Auschwitz until after she retired in 1957 or 58 (sources differ).

Stanisława is an official candidate for canonization by the Catholic Church.