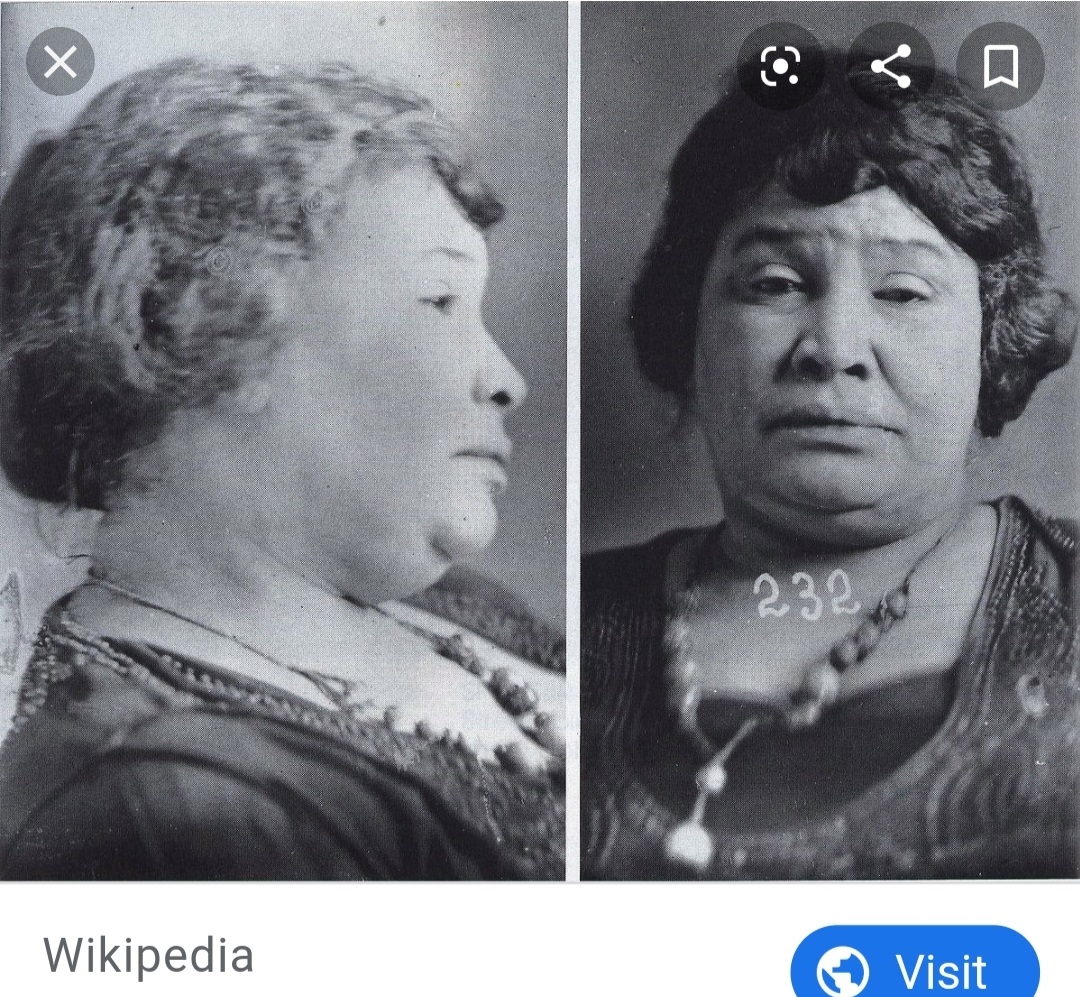 Lulu described herself as an octoroon. Though most are not familiar with the word today, in America’s not-so-distant-past, this word was used to refer to a person who had seven white ancestors and one black (though the numbers were not necessarily one hundred percent precise. Basically, an octoroon was anyone with a drop of African American or colored blood in their veins). One of the most famous octoroons in literature is the character Eliza in the polarizing novel Uncle Tom’s Cabin.

Lulu experienced racism throughout her life and tried to combat it in a variety of ways. One of the ways she did this was by claiming she was from the West Indies and didn’t have a drop of African blood in her. Instead, she was all West Indian; if true that meant she wouldn’t be held to the same prejudices as Africans were in the Southern United States. There are records of Creole women suing for libel in New Orleans courts after being labeled “colored”, so by Lulu claiming she was Caribbean, she helped distance herself from life as an African woman. Unfortunately for Lulu, this was a lie. It is a known fact that she was born in Alabama.

Lulu’s brothel (Mahogany Hall) was extremely renowned and visited by many of the Southern upper-class gentry. Lulu ran her brothel with light-skinned African women to cater to the wealthy white elite. She did not allow colored men to patronize her girls. This was part of Lulu’s problem when the end came in 1917. By claiming she and her employees were octoroons, Lulu was violating segregation laws.

Mahogany Hall was a part of New Orleans famed Storyville Red Light District. Storyville was big business for the city from 1898 to 1917, and Mahogany Hall capitalized on every part of that. A promotional pamphlet for the hall described the establishment thusly: “unquestionably the most elaborately furnished house in the city of New Orleans, and without a doubt one of the most elegant palaces in this or any other country.”

In 1917, New Orleans decided to crack down on Storyville, and forced Lulu to shut Mahogany Hall down. Lulu fought the closure, taking the city of New Orleans to court and winning, but her brothel was still closed. The entire district would be shut down within the year.

Lulu was arrested several times over the years, including once for attempted murder, but she never spent time in jail until Storyville closed. In November of 1918, Lulu was arrested for violating the Draft Act, which prohibits a brothel within ten miles of a military base or other facility. Lulu was sentenced to just over a year in prison, but after three months applied for a pardon. She was released for health reasons.

Lulu would eventually lose over $150,000 before leaving New Orleans absolutely destitute. She died in obscure poverty. Today, her death date, location, or where her gravesite lie are all unknown.

Mahogany Hall was immortalized in the “Mahogany Hall Stomp” recorded by Louis Armstrong and other Jazz pioneers. The building was demolished in 1949 after being used as a warehouse for a department store. Today only three structures from Storyville survive, and the site of Mahogany Hall is now a parking lot.