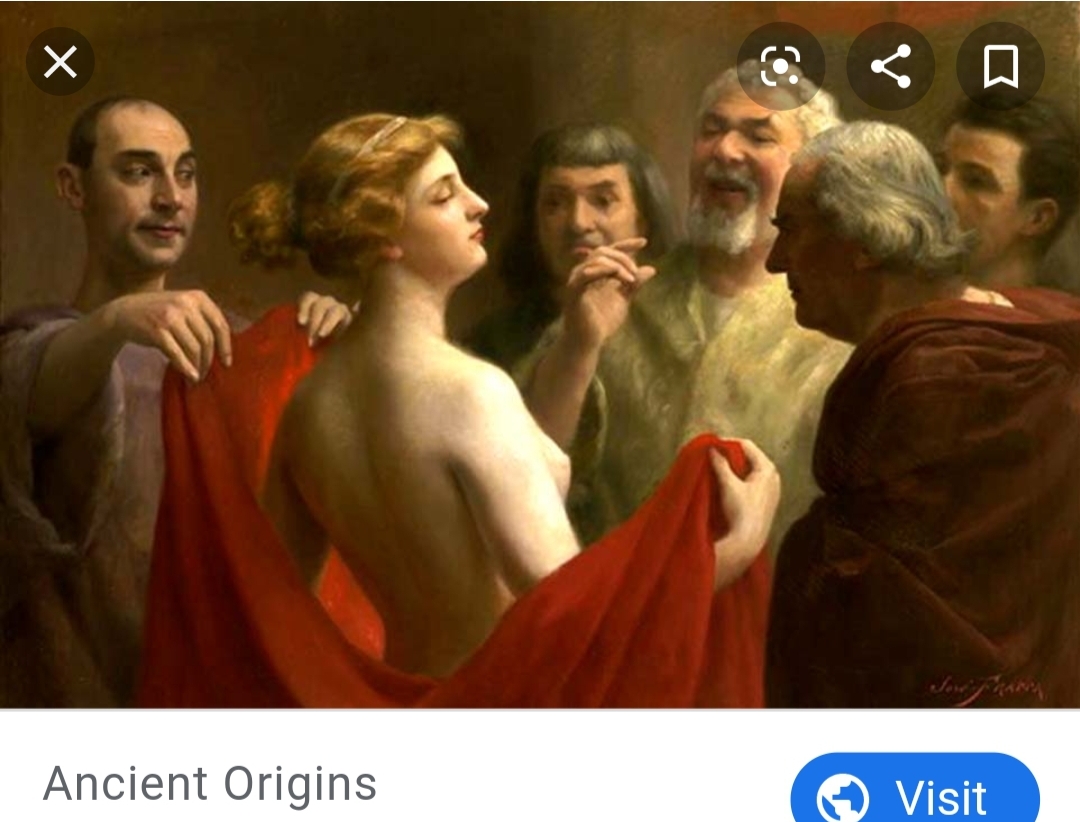 Her lawyer argued that a woman sculpted so perfectly had to be done so by the gods, so imprisoning or killing her would go against the Olympiad. She was unanimously acquitted by the all-male jury.

She was referred to as Phryne, which means toad, because she looked yellow in direct sunlight.

Phryne was a model for various painters and sculptors; she was also incredibly wealthy, possibly the richest self-made woman of her time! She earned her money through her modeling and sex work.

At one point, she reportedly offered to rebuild the walls around Thebes that had been destroyed by Alexander the Great. The walls were not fixed by Phryne because she wanted the walls to say she had been the one to put them back up and the men in town didn’t want a prostitute’s name inscribed for the world to see like that.

The story about Phryne's day before the court has been questioned over time. Some historians doubt whether or not her lawyer would really rip open her dress, but what is known is that she was definitely tried...for something. Exactly what Phryne had done to earn a day before a jury has been lost to history.