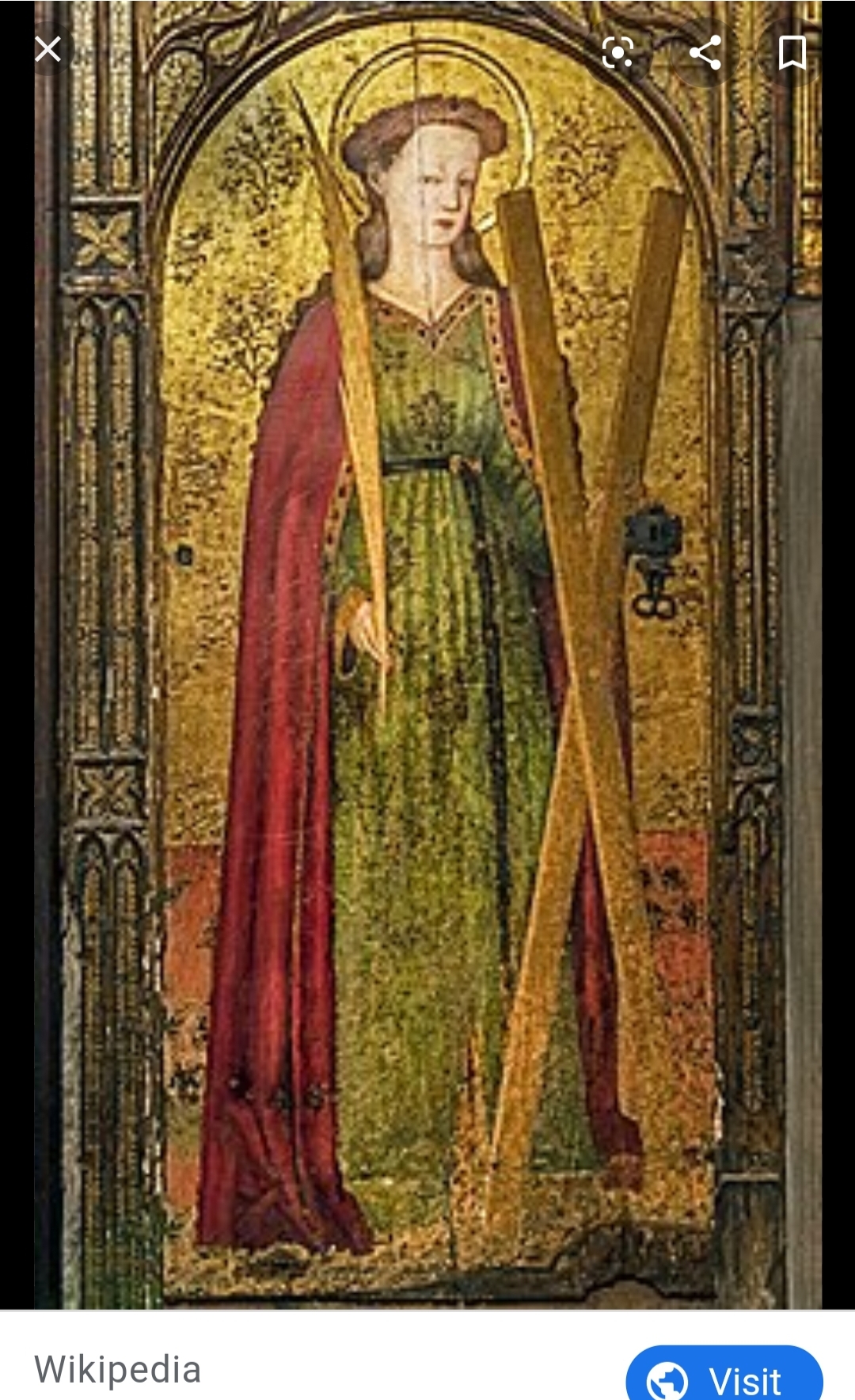 13-Year-Old Martyred During the Reign of Diocletian

In Eulalia’s time, the Roman Emperor Diocletian controlled what is modern day Spain. Diocletian is seen as the last great Pagan Emperor of Rome (and if The Heroes of Olympus by Rick Riordan books are to be believed, he was also the last Demigod Emperor of Rome). Diocletian is remembered for his cruel treatment towards Christians, and unfortunately his ruthlessness spread throughout the empire.

Eulalia was a young girl full of faith. She refused to worship false idols and pagan gods or turn her back on Christ. Because of her faith and refusal to submit to Rome, Eulalia was martyred.

One story says she was torn apart by hooks, then set on fire. The fire caught her hair, and Eulalia mercifully died from smoke inhalation and asphyxiation.

Another story says Eulalia was given thirteen forms of torture, one for each of her years on earth. The thirteen tortures are as follows: imprisonment in a small prison, being whipped, her skin torn in strips, walking barefoot on burning embers, her breasts were cut, her wounds were rubbed with rough stones, her skin was branded with iron, boiling oil was tossed on her, then molten lead, then she was submerged in burning lime, then she was locked in a flea box, then she was rolled down a hill, naked, in a barrel full of knives, swords, broken glass (you get the picture) before she was finally crucified.

Is it sad I really hope the first scenario is the historically accurate one?

The discrepancy in the story stems from the fact that Eulalia is claimed by two separate cities: Merida and Barcelona. Both stories say Eulalia hailed from their respective cities, around the same time frame (290 AD to around 303 or 304 AD). Both claim she is the patron to certain individuals, and that she suffered a horrific death. In reality, there was probably only one Eulalia, but where she came from or how she actually died is lost to history.

After her death, she became a martyr of the Catholic Church, and soon after a Saint as well.