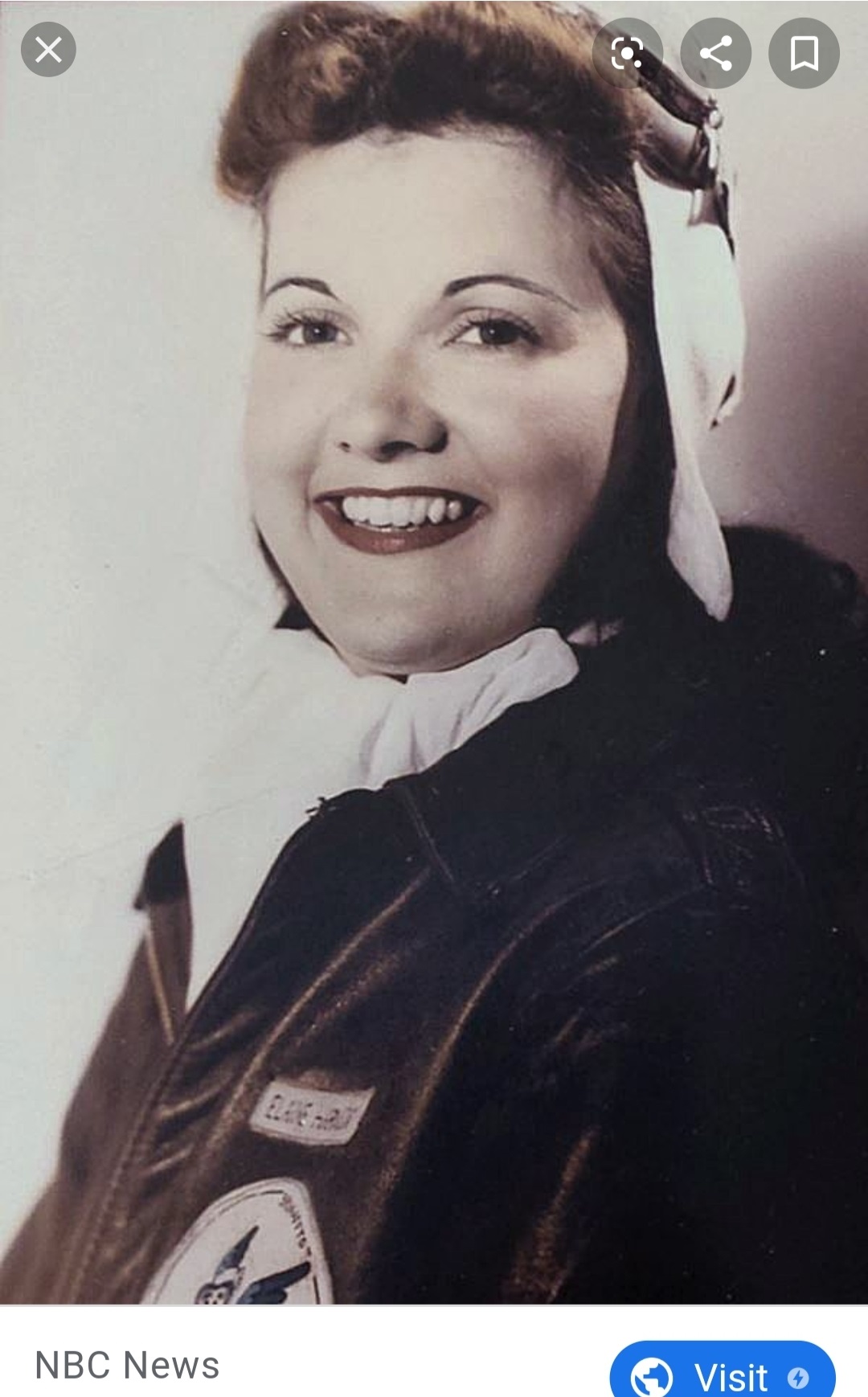 “I would like to be buried in Arlington Cemetery…Even if there are no ashes left, I would like an empty urn placed at Arlington.”

“On behalf of the President of the United States, the Department of the Air Force, and a grateful nation, we offer this flag for the faithful and dedicated service of WASP Elaine Danforth Harmon.” -Member of Arlington’s Honor Guard Upon Presentation of the Flag to Elaine’s Granddaughter Terry

For those unaware, the WASPS or Women Airforce Service Pilots were female pilots who served the United States Government during World War II. They did so by flying different planes across the United States throughout the war. They trained other men how to fly the aircraft, tested them before they were approved for full-military service, and went above and beyond the call of duty. Therefore, it is incredibly frustrating that the WASPs were not classified as members of the armed forces. That’s right, the WASPs were not members of the military, and received none of the benefits that came along with that title. WASPs would not become full military veterans until 1977, when the US Congress and President Jimmy Carter passed legislation declaring what the WASPs had always known.

The WASPs required at least one parent’s signature for the girl to fly, so Elaine had it mailed to her father’s place of work since her mother didn’t approve. Her father signed Elaine's papers, and she became one of the 1,094 women declared a WASP.

In 1944, after the disbandment of the WASPs, Elaine transitioned to the role of Air Traffic Controller while waiting for her own husband to return from fighting in the Pacific. Though she was widowed in 1965, Elaine didn’t let that stop her, and she was able to raise four children. She went on to become a real-estate appraiser despite holding a bachelor’s degree in bacteriology.

In the 1970’s, when the WASPs began to fight for their veteran’s benefits and rights, Elaine became the informal secretary of the group. Because she lived so close to Washington DC, Elaine was also able to host WASPs when they came to the capital to lobby.

Over the years, Elaine met five US presidents, and traveled the country to tell the story of the WASPs. In 2009, the WASPs were awarded the Congressional Gold Medal by President Barack Obama. Elaine was there in person to see the award presented.

When Elaine died, she was hoping for burial at Arlington National Cemetery since approval for WASPs to be buried there had come through a decade before. However, Elaine was unaware that a month before she died the (now former) Secretary of the Army overturned the decision because of shrinking space at Arlington. He decided WASPs could only be buried at cemeteries run by the Department of Veteran’s Affairs and Arlington is run by the United States Army.

Then Congresswoman Martha McSally introduced a bill in the House of Representatives to get the previously mentioned decision overturned. The bill was soon also presented to the Senate as well. President Obama signed the legislation into law only months later allowing for ashes of WASPs to be interned above ground in Arlington.

In September of 2016 Elaine’s ashes were interned at a columbarium in Arlington National Cemetery. The ceremony was attended by Martha McSally, five other former WASPs, and many others.