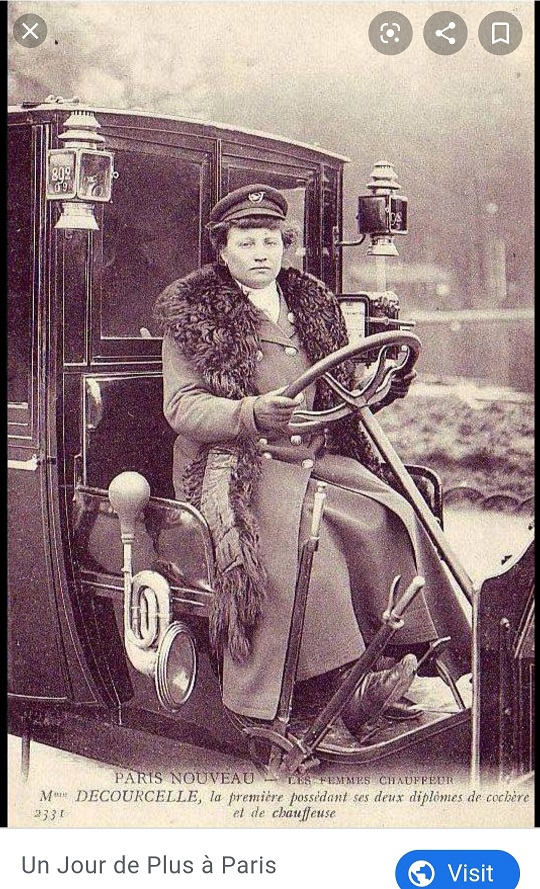 Birth and Death Dates Unknown, as is Location

She also held a license to drive horse cabs.

Not much else is known about her but there are several photographs of her. Madame DeCourcelle earned her taxi license in 1908.

Among the things not known about her include: her first name, where she was born, where she died, the years she was born or died, or what the rest of her life entailed. Basically, all we do know about her is that she was a female taxi driver in Paris at the turn of the twentieth century, and for that she’s earned a spot on this list.