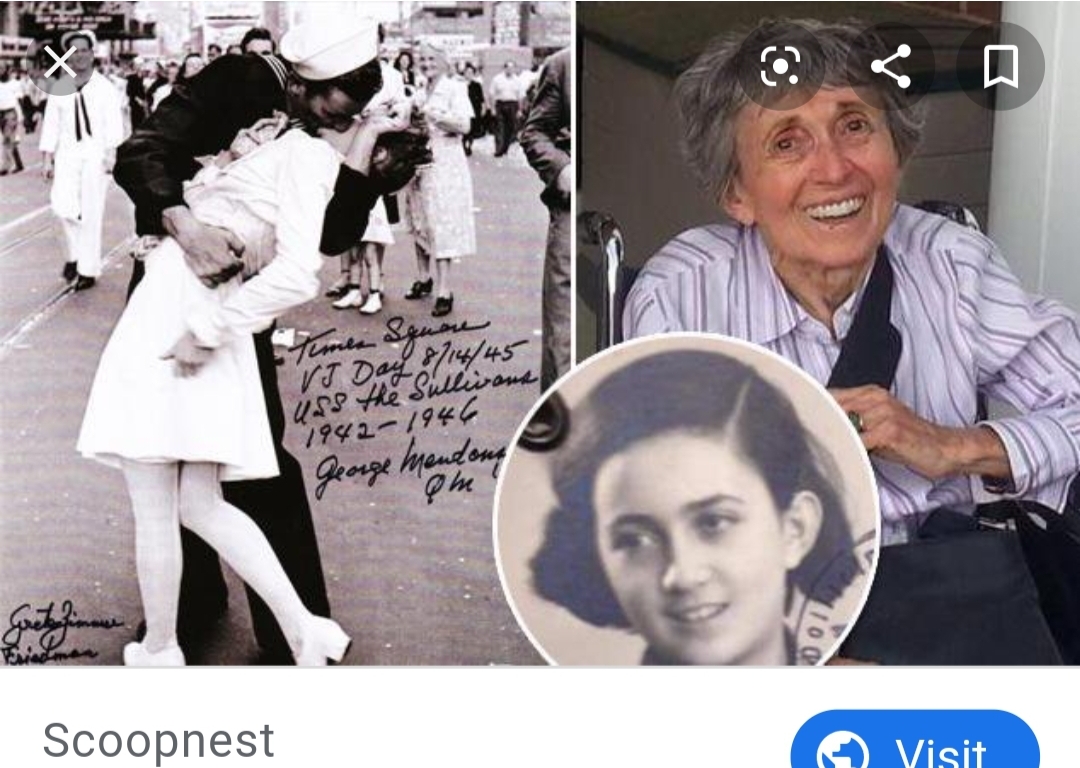 "It was a day that everyone celebrated because everyone had somebody in the war, and they were coming home. So it was a wonderful gift finally to end this war. It was a long war, and it cost a lot."

Greta was born in Austria and her parents managed to secure her and her two sisters’ paperwork to get them to the United States before the Nazis could take control of the country. A fourth sister was sent to Palestine (present-day Israel), also to safety.

Greta later learned her parents had been killed in the death camps.

She was working in a dental office in New York on the day she heard the war might be ending so Greta walked the few blocks to Times Square to see if the news was true. While there, she was grabbed and kissed by a sailor who disappeared into the crowd afterward. Greta and George (the sailor) were completely unaware the moment had been photographed; much less that the moment would become an iconic picture of the joy of war’s end. George later stated he chose Greta at a moment’s notice because she was dressed in a nurse’s uniform. George had helped pull dead and wounded sailors from the water during the Battle of Okinawa and was grateful to the nurses who had helped save so many lives.

Greta worked several jobs; got married and had two children, and eventually graduated college the same year as her kids in 1981.

Greta is buried beside her husband in Arlington National Cemetery.

It should be noted that Feminist activists today like to claim she was sexually assaulted and violated, and the photograph and statue (located in Sarasota, Florida and San Diego, California) should not be beloved icons of the end of the war. The statue, which is known as the Unconditional Surrender statue, was spray painted with the hashtag #MeToo in February of 2019.

However, it should also be remembered that Greta did say she didn’t want to be kissed, but she also didn’t view it as sexual assault either.