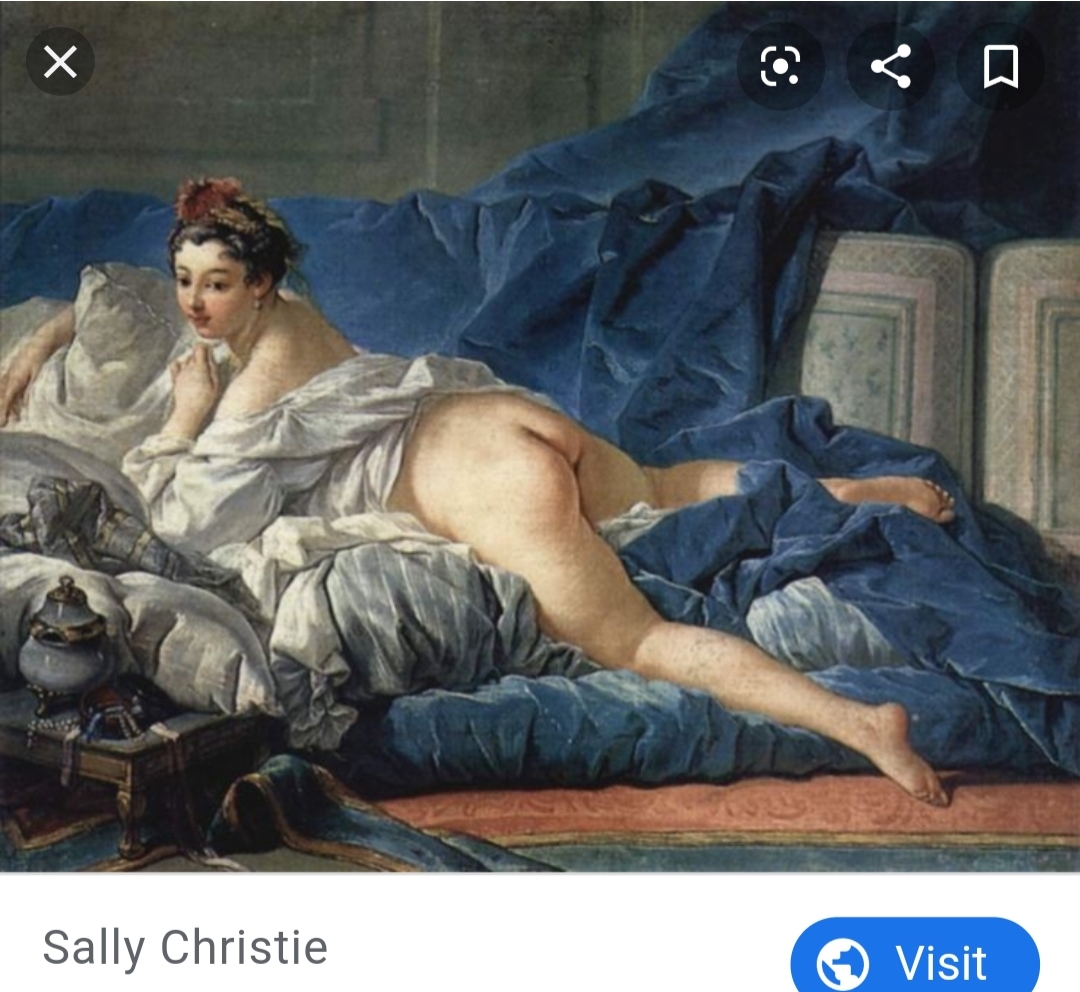 “What terms are you on with the old flirt?”

Marie-Louise’s question to the King that saw her packed up and leaving Versailles. A bit of advice she learned the hard way: Don’t call the King’s favorite mistress an old woman!

Marie-Louise became a courtesan at the age of 13 or 15 (depending on the source); becoming a lower mistress to King Louix XV.

She is also known for being the model in a famous painting by François Boucher, shown here.

Marie-Louise was the youngest in a family of twelve children (the first seven all dying of smallpox) and was actually ethnically Irish despite living in France. Her parents were less than impressive by court standards. Her father served time in the Bastille for espionage and blackmail, while her mother was jailed several times over for prostitution.

The king called Marie-Louise to Versailles after seeing the famed painting. She would serve as a lower level mistress for two years and gave birth to Louis’s illegitimate daughter.

After trying to overtake Madame de Pompadour at court and failing epically at that, Marie-Louise was married off and taken away from Versailles. Marie-Louise would have two more children.

She outlived her first two husbands (becoming a widow for the first time at twenty-two) and survived the Reign of Terror before marrying an officer thirty years her junior. This marriage ended in divorce, and Marie-Louise lived out her twilight years in one of her daughter’s homes.