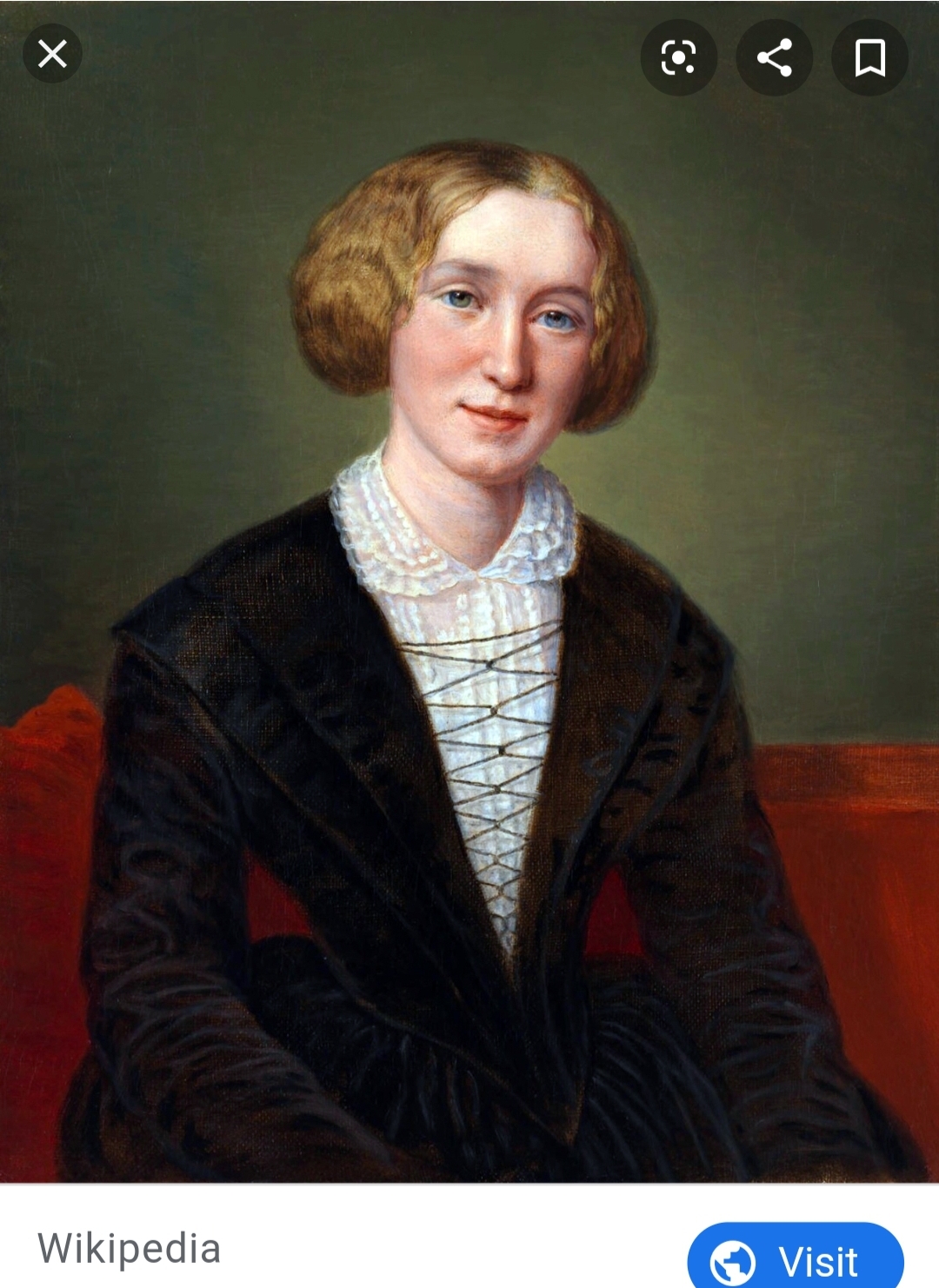 “Women who are content with light and easily broken ties…do not act as I have done. They obtain what they desire and are still invited to dinner.”

George published under a male pen name to ensure her works would be read and respected.

George was educated very well, and had a working knowledge of French, Latin, German, and Italian. She also became somewhat of a radical when she decided she could no longer go to church and believe everything in the Bible. This caused a bit of a ruckus with her father, whom she lived with at the time. Eventually, her father and George came up with a compromise of she would appear respectable in church but could think whatever she pleased.

She was considered not pretty enough to secure a good marriage, so her father invested in her education instead helping launch her into her eventual career.

George continued to defy social convention, living for over twenty-years with an already married man. Though to be fair, he was married but couldn’t divorce his wife because she had four children with his best friend, but he had made the mistake of claiming the first and so he had technically “condoned her adultery” in Encyclopedia Britannica’s terms. When he died, George quickly married another man, this one twenty years younger than her. A few months later, she passed away.

River of the Gods: Genius, Courage, and Betrayal in the Search for the Source of the Nile by Candice Millard