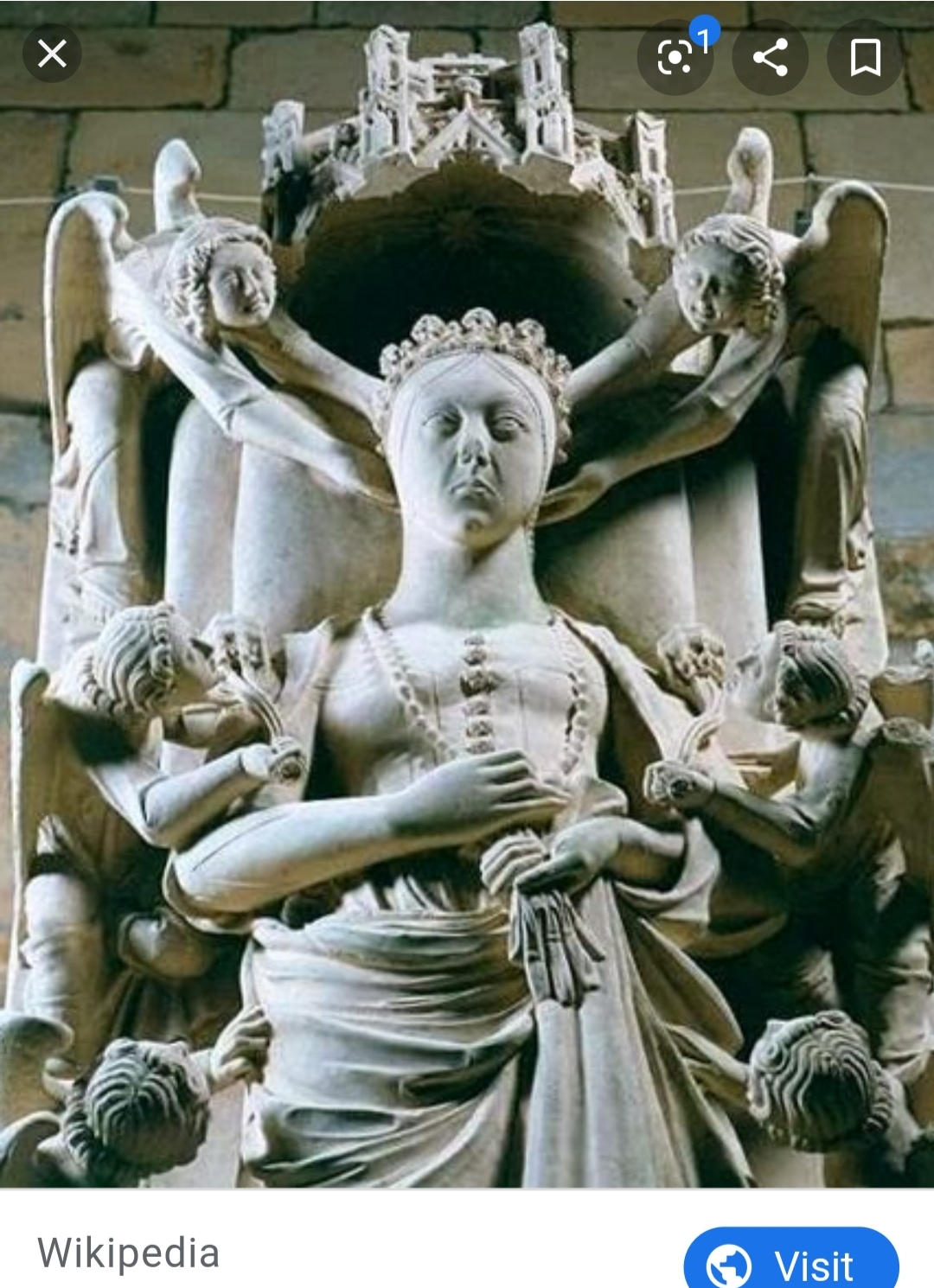 Mistress and Posthumously Recognized Wife of Peter I of Portugal

Inês was a lady-in-waiting to Peter’s wife Constanza (who also happened to be Inês’s cousin).

Peter (also known as Pedro I) fell head over heels in love with Inês when she arrived at court aged fifteen.

They began having an affair that became public after Constanza died (shortly after the birth of her third child). Inês would eventually bear four children for Peter.

When she was twenty-nine years old the King (Peter’s father) ordered her assassination for political reasons. Peter had becomd friends with Inês’s brothers, who were Castilian. The king feared that after his death, Peter would put the independence of Portugal in jeopardy by being friendly with the powerful Castilians. Inês was murdered while Peter was away from their home.

This sparked a civil war between father and son and when Peter became king, he ordered that he and Inês (who had been dead two years by this point) would be married and thus legitimize their children.

The story that Peter had her body dug up for the courtiers to kiss her ring is more than likely to be false seeing as it was first told two hundred years after the fact.

In 1944, a Spanish language film telling the tale of Inês and Peter was released (Inês de Castro). This one seems to be a historical drama, however, in 2018 another film Pedro E Ines was also released. This one is far from historically accurate. This newer film is about a man admitted to a psychiatric hospital after being caught driving around with a corpse. Evidently, he recalls several different lifetimes he and his beloved have had, and one of those is the story of our Inês and Peter we write about here.