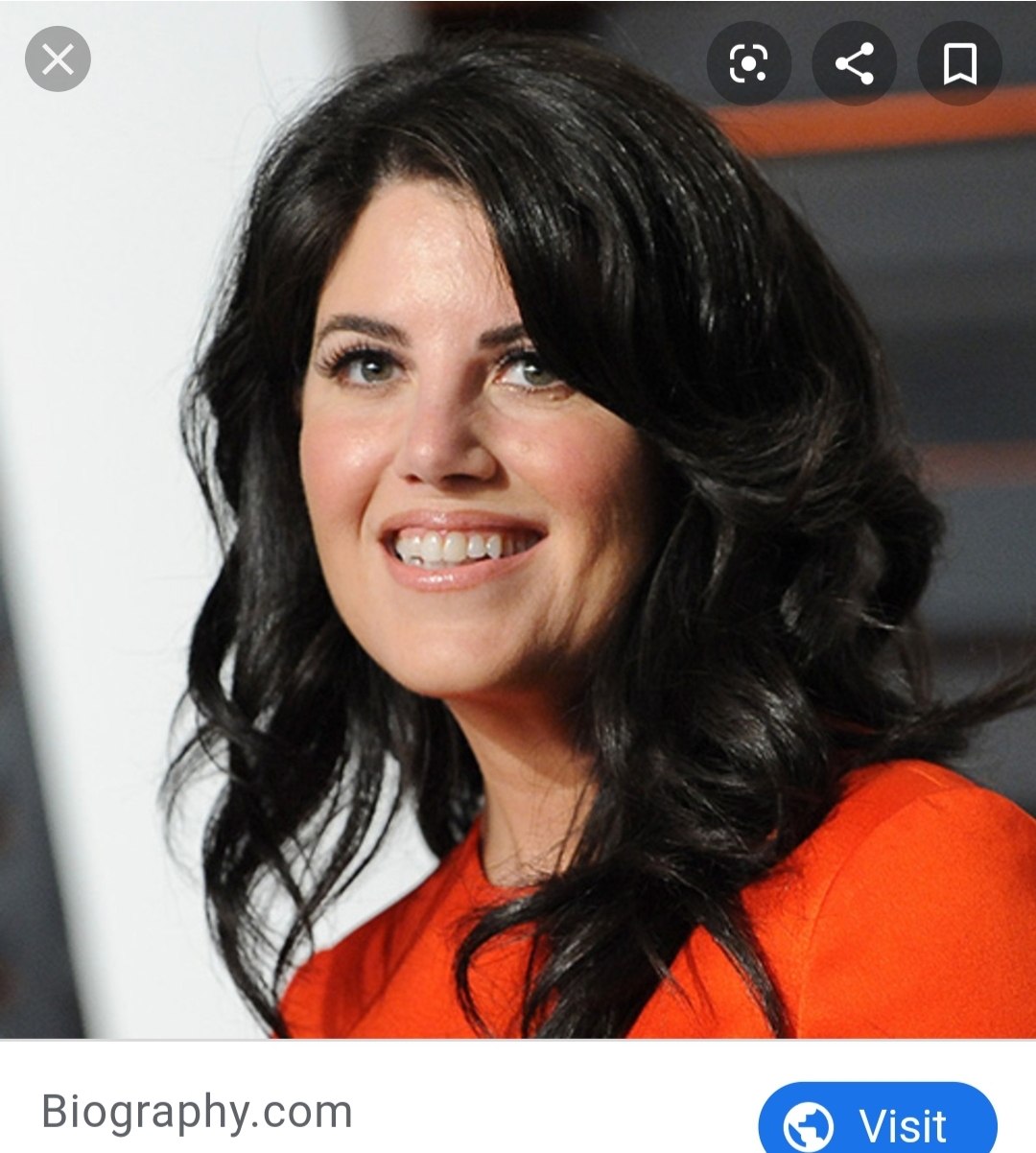 “[My mother] was reliving 1998, when she wouldn’t let me out of her sight. She was replaying those weeks when she stayed by my bed, night after night, because I, too, was suicidal. The shame, the scorn, and the fear that had been thrown at her daughter left her afraid that I would take my own life—a fear that I would be literally humiliated to death.”

Monica is a former White House intern whose future was pretty much completely ruined by the Clinton-Lewinsky scandal and the absolutely atrocious treatment done to her by the US Media and I’m pretty sure that’s all anyone needs to say about that.

Her paternal grandparents were German Jews who escaped Nazi Germany.

To raise money after the implosion of all that crap briefly mentioned above, Monica needed money and one of the jobs she took was with Jenny Craig who offered her a million dollars if—wait for it—she participated in an ad campaign and lost forty pounds in six months! The ads proved controversial and were quickly dropped and Jenny Craig ended up only paying her $300,000 instead of the full million.

Monica is now an advocate for a more compassionate internet and fights against cyberbullying. In 2015, she made a powerful TED Talk (linked in this article) which was called "The Price of Shame". In 2017, she made headlines again after officially joining the #MeToo Movement.