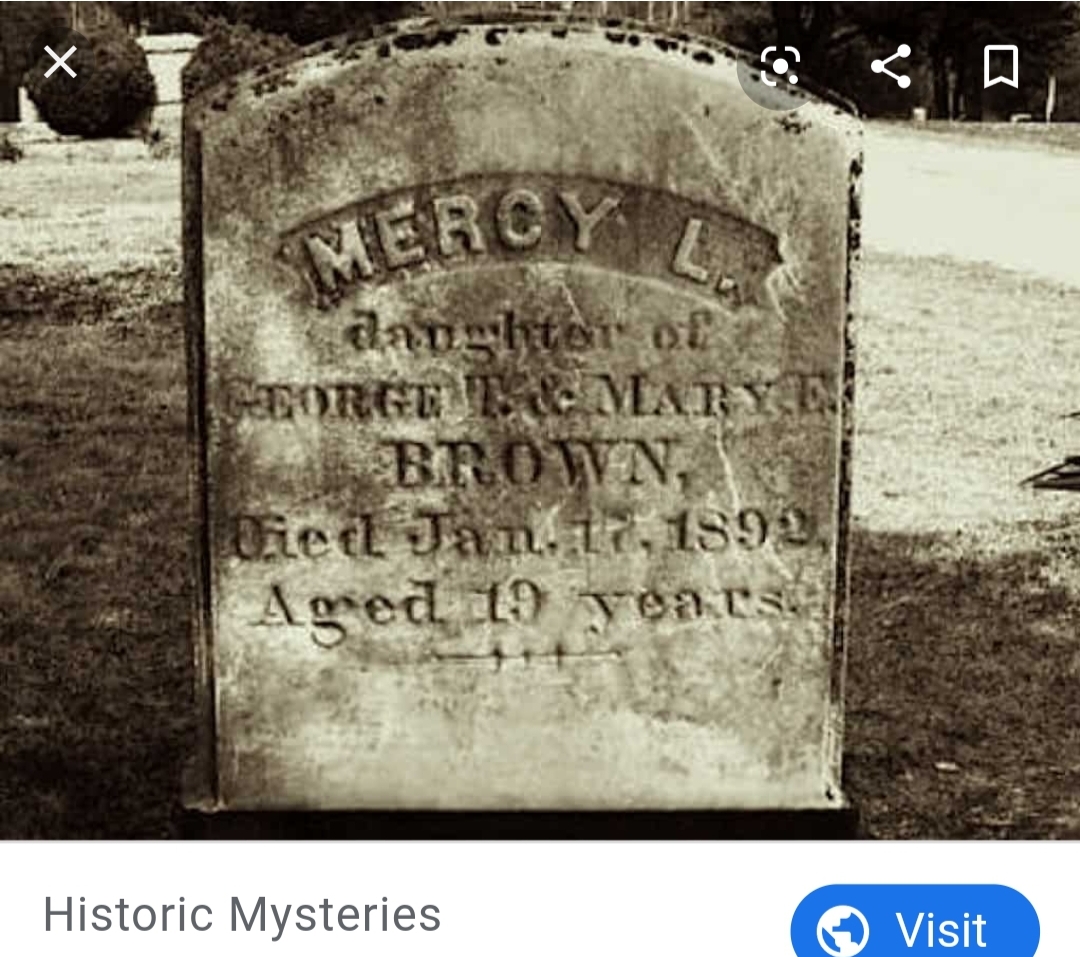 After Mercy died, people reported seeing her ghost walking in the cemetery and town and her brother even said she had tried to suffocate him (he was sick too).

Two months after her death, the townsfolk dug up Mercy’s sister and her mother’s graves (accounts differ on whether Mercy had already been buried or if her coffin was resting above ground waiting for the ground to thaw). Once the women’s coffins had been gathered, they were opened. The townsfolk decided Mercy was a vampire (she had blood in her veins, her face was flush, she’d moved in the coffin, and her hair and nails had supposedly grown). Her mother and sister were cleared of the accusation because their remains had decayed normally (they had died several years each before Mercy).

It should be noted the town doctor, who did not believe in vampires, tried to reassure everyone in town Mercy’s rate of decomposition was normal for their area and the weather (it was literally the middle of winter!), but his words fell on deaf ears.

The townspeople desecrated Mercy’s body by cutting out her heart and burning it on a rock. Then the townsfolk fed the ashes to her brother to cure him, but he still died a short time later.

Mercy is arguably the most famous victim of the hundred or so identified during the vampire “hysteria” of New England in the 19th Century. Today, she is remembered as the last true victim of this hysteria.

Her story appeared on the first episode of Monumental Mysteries.