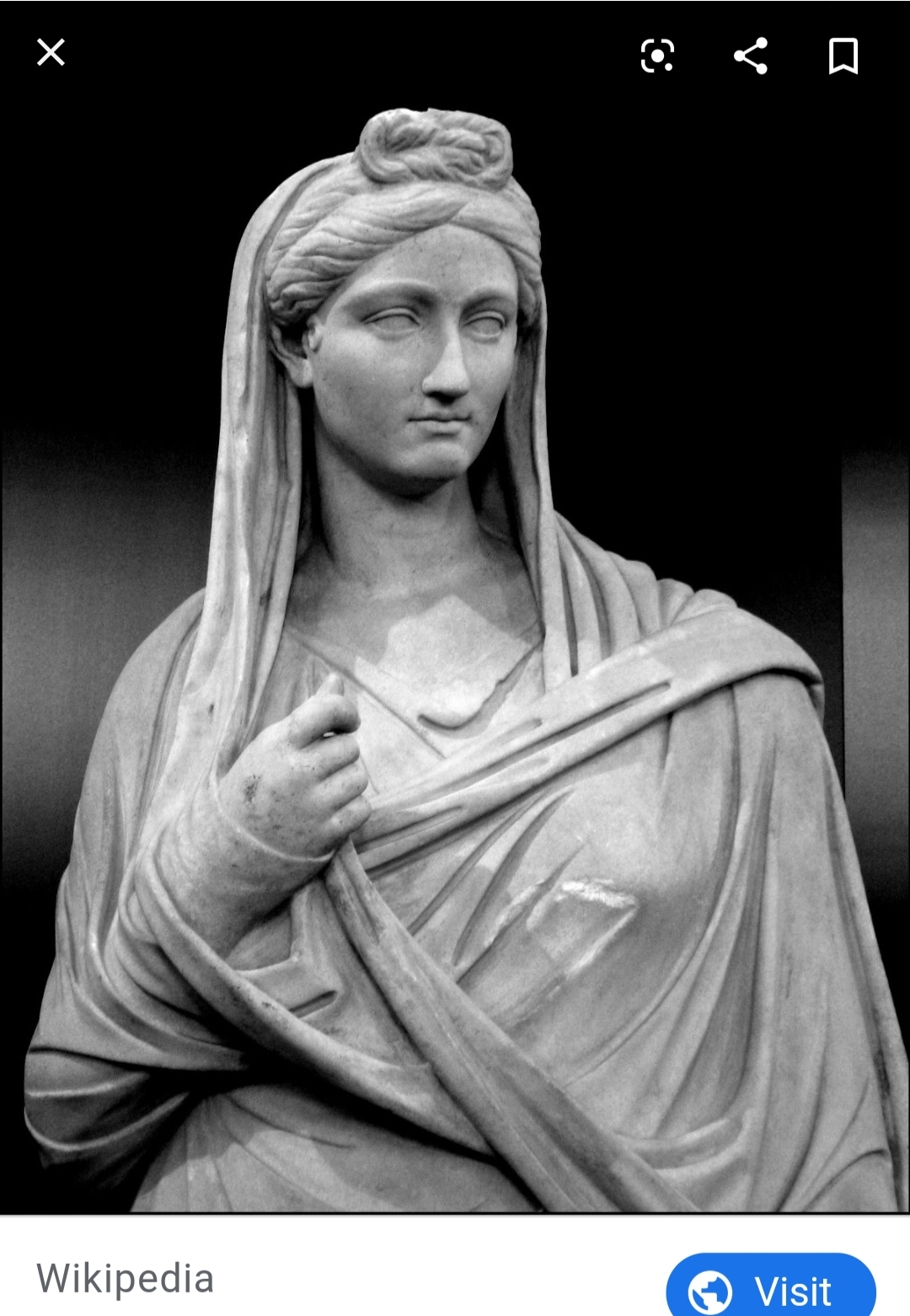 She was the second cousin once removed and wife of Hadrian. When they married, Vibia was anywhere from twelve to seventeen, and Hadrian was six to twelve years older (depending on which birth year you believe or use for Vibia). They stayed married for thirty-six years until Vibia’s death.

Vibia’s marriage was definitely not all sunshine and rainbows; originally married to Hadrian for political reasons, it soon became clear that while Hadrian was bisexual, he was primarily gay and really only interested in seeing either already married women in the aristocracy or some of his choice male associates.

Vibia was angered that he didn’t pay all that much attention to her (she had been raised to be the center of attention at all times), and so she made it abundantly clear that she hated him and the reason he didn’t have children is because she refused to have sex with him.

Hadrian became Emperor after his maybe-maybe not legally adoptive father Trajan died (that’s a whole other story, for all the details read the Encyclopedia article below). Though they continued to loathe one another, Hadrian and Vibia stayed married and Vibia enjoyed being empress. She traveled with her husband extensively and became known under the titles “Augusta” and “New Hera”. Her portrait was stamped on many of the coins from that time.

Vibia’s ashes are buried inside of Hadrian’s tomb.