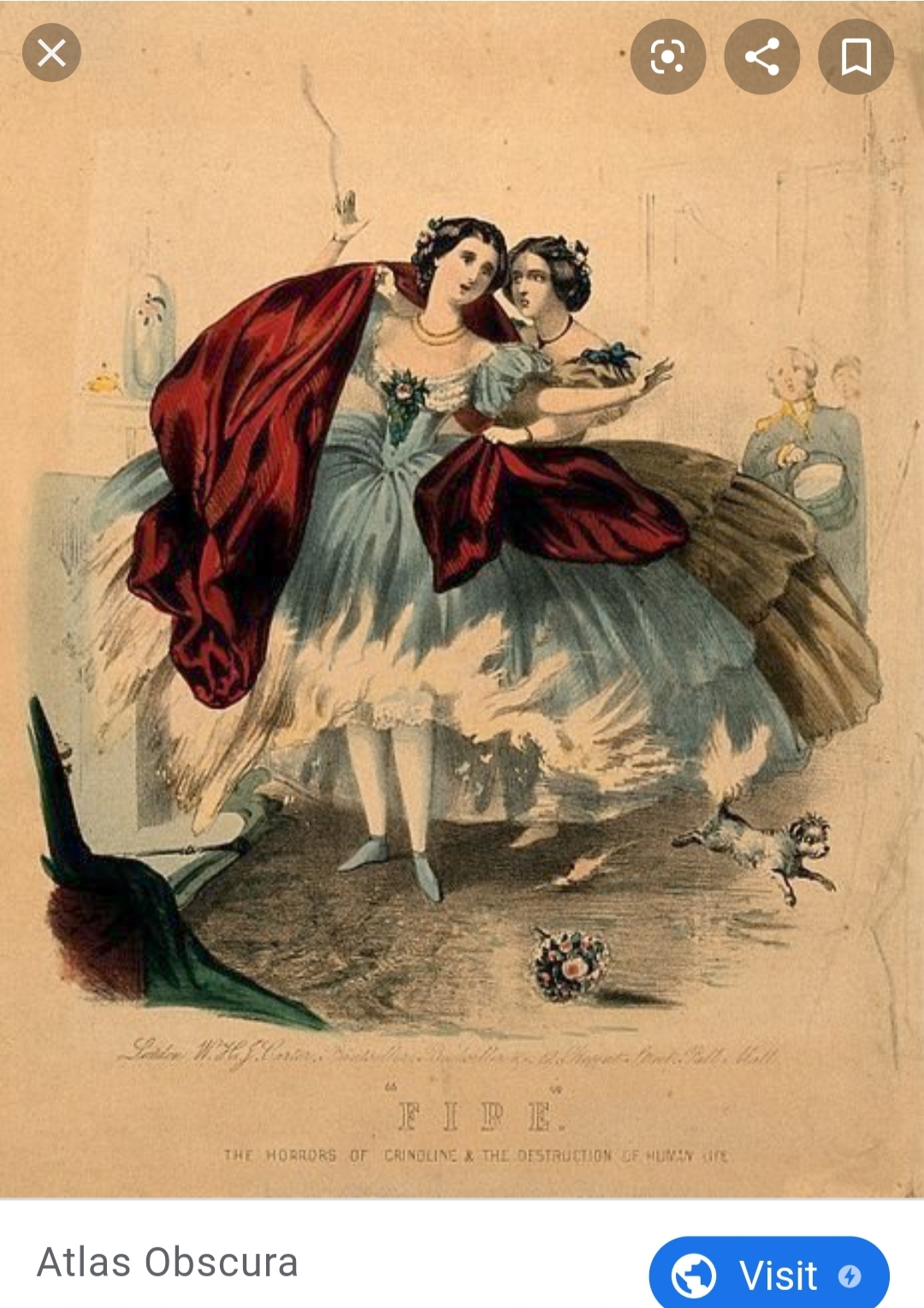 Born: 1847, Ireland (Today Most Likely the Republic of Ireland)

Emily and her sister Mary died in a manor fire by complete freak accident.

The girls were attending a Halloween party on the holiday night. Even though the sisters were illegitimate, they still enjoyed a place in Ireland’s high society, explaining their presence at the party.

It is said they died after one of the sisters' (most likely Mary) dress caught fire when she moved too close to the burning candles. The other guests panicked and ran, but the other sister (most likely Emily) raced to Mary’s side to try and smother the flames. Unfortunately, she failed in her endeavor, and her own dress caught fire as well. Accounts vary as to how the sister’s got out of the house, but what is known is the fire was eventually put out; but by then the sisters had suffered third-degree burns to most of their bodies.

Their injuries were fatal, but both sisters had to suffer through extreme agonizing pain. After they died, a large-scale effort was made to cover up their deaths. Their names were changed, not only in the notice in the newspaper noting their deaths, but also on the official death records. This was done to preserve their father’s reputation. As a prominent doctor, William Wilde did not want the public to know that his two illegitimate daughters had died in such a tragic way. Historians cannot even verify if Oscar knew his half-sisters existed.

In fact, after 1871, there would be no mention of the sisters again until a biography of their father was published in 1942, and even then, the details were scarce, and they remain so today. The only details that are known for certain are this: Emily and Mary attended a party on the night of 31 October 1871. At the party, both of their dresses caught fire, and they later died from their wounds sometime in the month of November 1871. No known images of them from life survive either, or their birthdays or the location they were born.