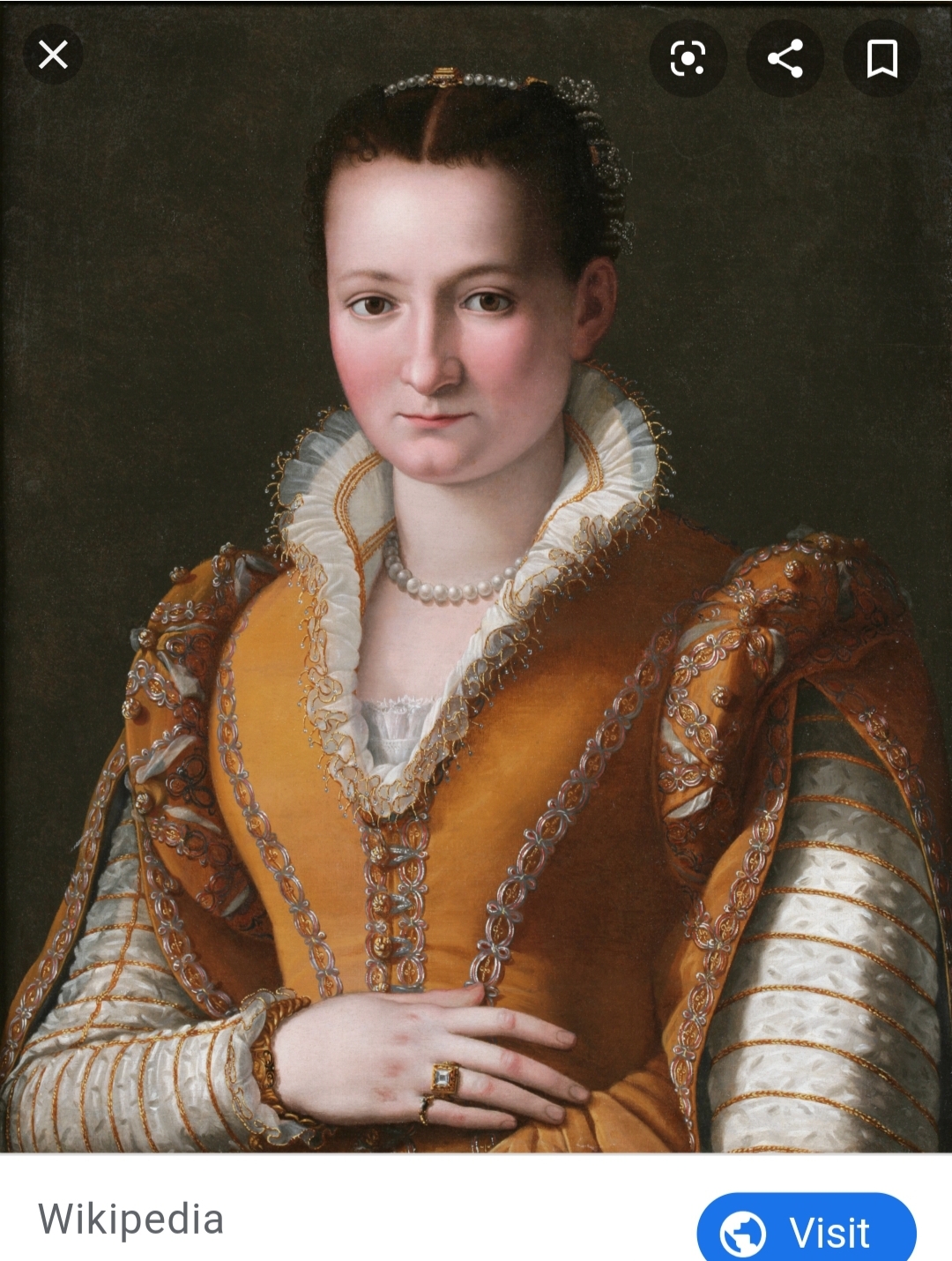 Mistress of Francesco de Medici and Grandduchess of Tuscany

Bianca was married at the time the affair started and had a daughter with her husband, but as soon as they were both free of their marital attachments Bianca and Francesco married.

They were not very popular with their people and spent most of their time away from the public eye. Bianca and Francesco both became sick and died within hours of each other nine years after their marriage became public (it might have been a case of arsenic poisoning, but this was never proven).

It is said Francesco’s brother hated Bianca and had her body buried in a mass grave and her intestines (which were buried separately) were found in 2006 but not the rest of her. Tentative DNA testing done of the remains of Francesco and those believed to be Bianca's were tested for arsenic poisoning, and the results helped further the hypothesis of their cause of death.