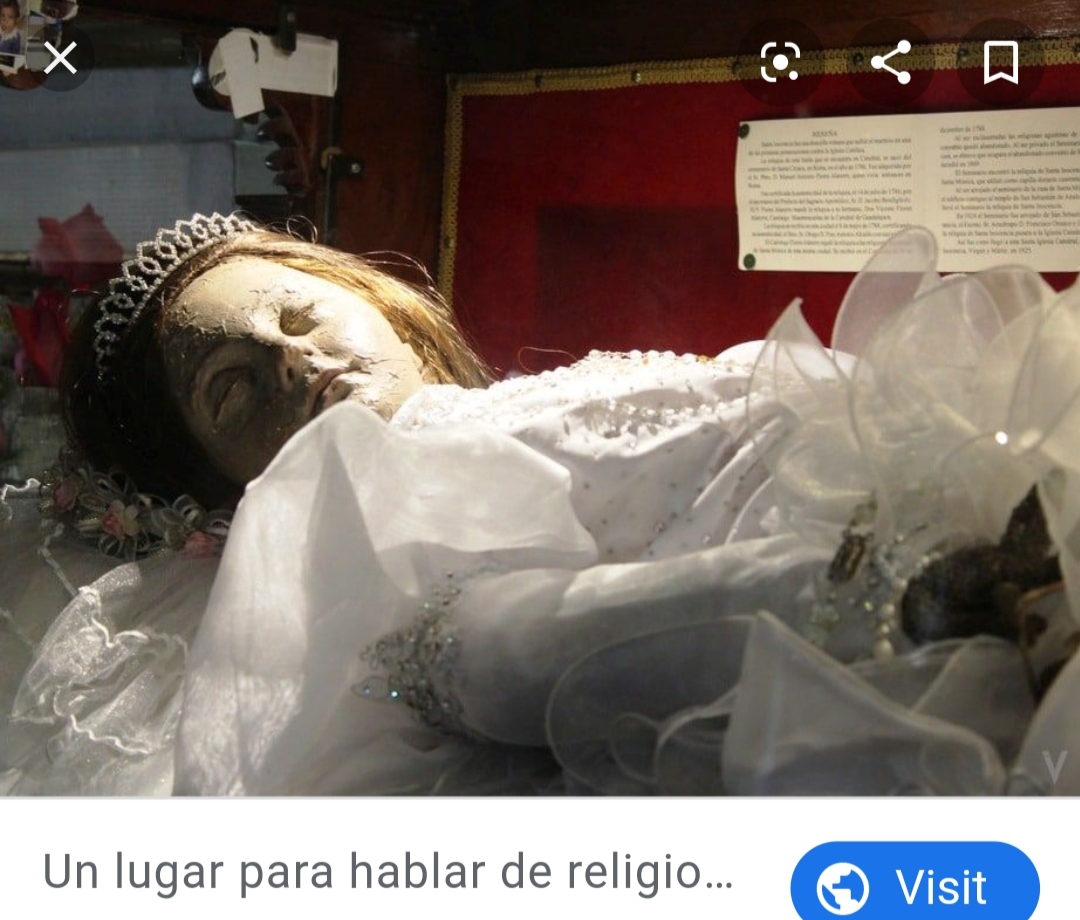 Murdered Child and Mexican Saint Whose Corpse “Blinks” at Tourists

Inocencia was stabbed to death by her father after taking the Holy Communion to become a Catholic against his wishes. Her body has been certified as a relic and resides in the cathedral of Guadalajara in Mexico. In this version of the story it is said she was killed three hundred years ago.

Another version says she was killed by Roman Legionaries and laid to rest in the Roman Catacombs and when she was found in near perfect condition centuries later her body was sent to Mexico.

Today, Inocencia’s corpse is displayed in a glass box. Her body was coated in wax to preserve her, and she’s presented dressed in a white ceremonial gown. Whatever the true story of this young girl’s life, thousands flock to see her in Guadalajara every year.

A video appeared online in the mid 2010’s that supposedly shows her body opening its eyes to look at the camera and people have been arguing over whether or not it is fake ever since.

**It’s important to note that there are several Saint Innocents in the Catholic Religion, and to not get them confused.