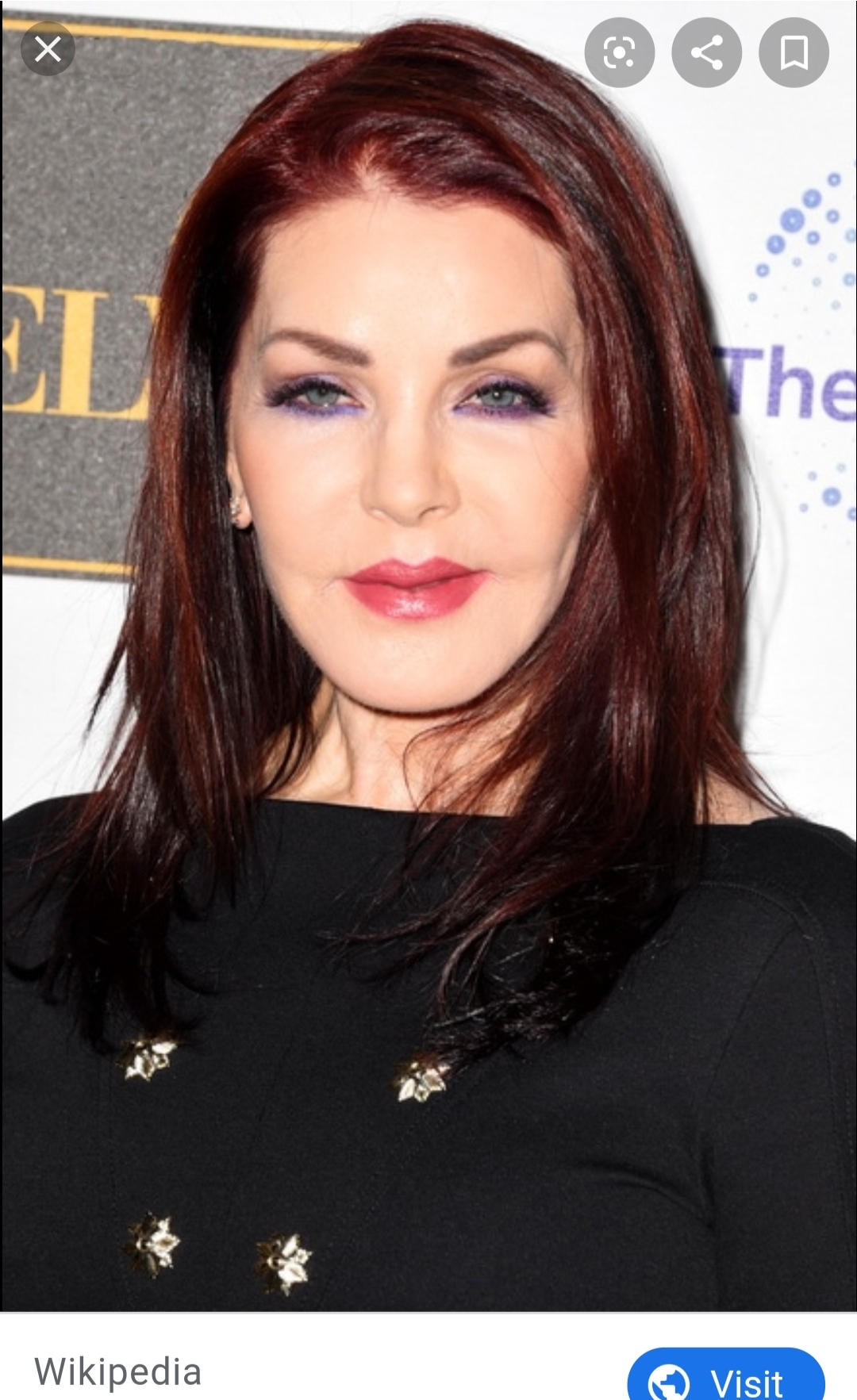 Priscilla is best known for marrying Elvis Presley and being the mother of his daughter Lisa Marie. They met in 1959 while Elvis was in the armed forces. Priscilla’s stepfather was in the Air Force and stationed in West Germany. Priscilla was fourteen at the time; they married eight years later.

She has a son from another relationship.

Though raised Catholic, Priscilla joined the church of Scientology in 1978—however some claim she left the church in 2017 (her publicist denied this).

Priscilla appeared in three Naked Gun films as well as the hit TV show Dallas. She also competed on a season of Dancing With the Stars.

Priscilla turned Graceland, the famous mansion and estate of Elvis, into a multimillion-dollar tourist destination. She is also Chairwoman and president of Elvis Presley Enterprises.