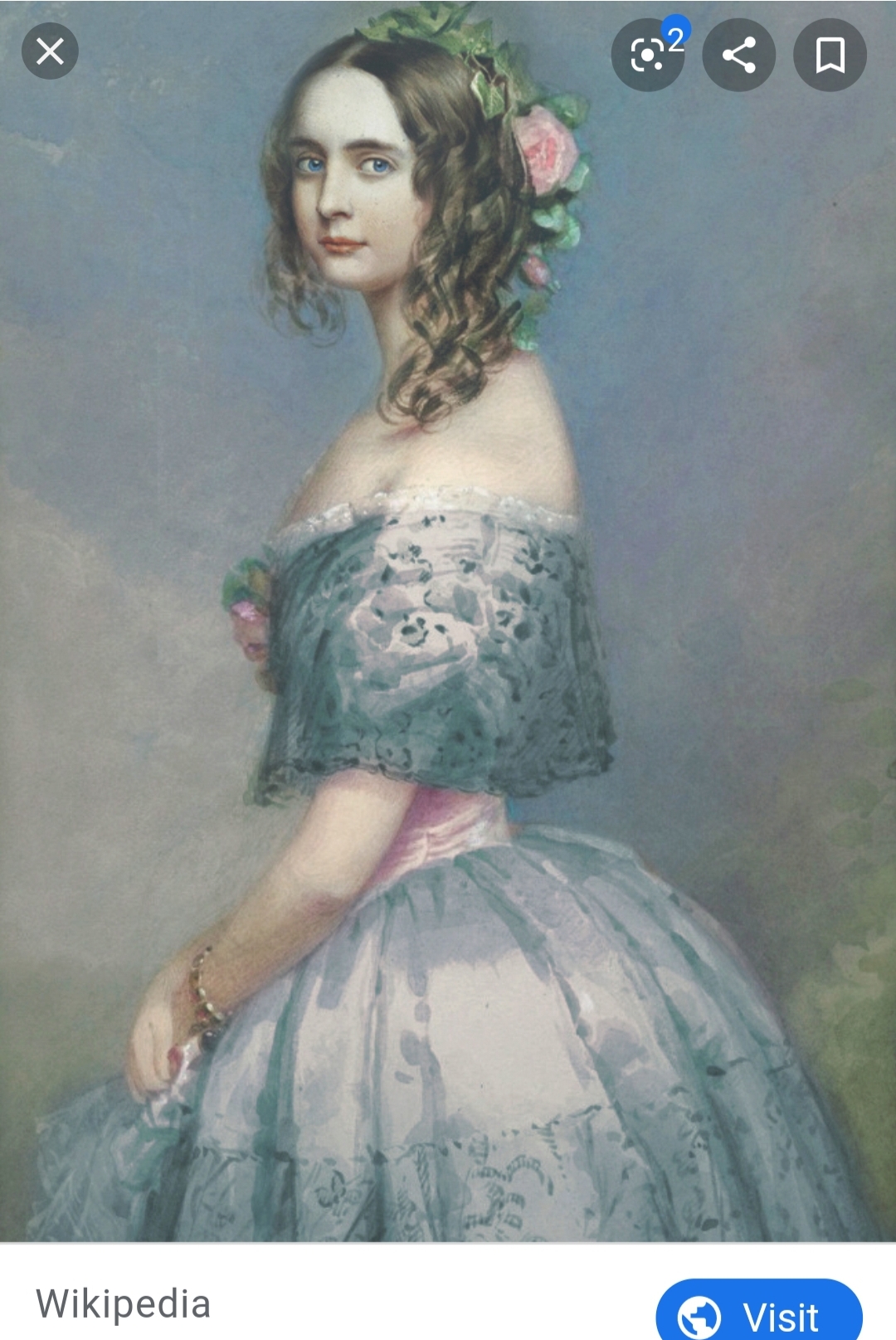 “I’m of a very delicate nature. And it is all made far more complicated due to the fact that I have a grand piano inside me… a grand piano would be bad enough but this one happens to be made out of glass,” -Princess Alexandra in “The Glass Piano”

Alexandra devoted her life to literature and believed that as a child she had swallowed a full-sized glass grand piano whole and any sudden movement would make it shatter inside of her.

Alexandra also might have had some form of OCD as she insisted on cleanliness and only wore white clothes. Part of her mental illness may have stemmed from the fact that she was the only child still living at home, unmarried, in the palace when her father, King Ludwig I, started bestowing lavish titles and gifts upon his mistress Lola Montez. Ludwig would eventually abdicate the throne over the affair.

Alexandra was an abbess at a religious community that only held noble ladies and never married or had children.

Alexandra wrote and translated many works during her life.

In 2019, a new play telling the story of Princess Alexandra debuted in London; it is called The Glass Piano.