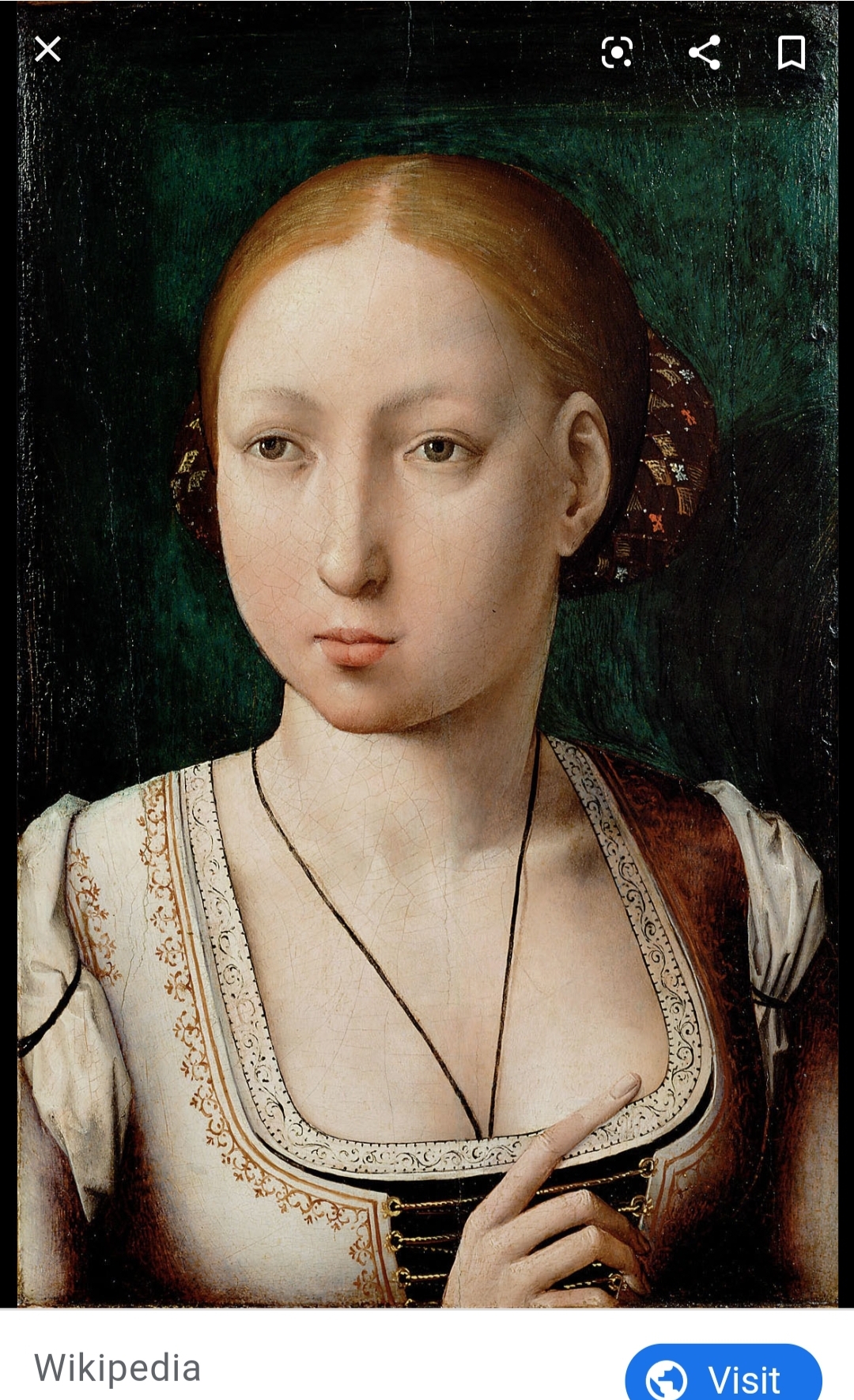 Queen of Aragon and Castile

Joanna is also known as “Joanna the Mad” (or in Spanish Juana la Loca).

She was the elder sister of Catherine who would go on to marry Henry VIII. Like Catherine, Joanna was educated well, and reportedly spoke five languages.

Joanna had six children with her husband (including Charles who went on to become the Holy Roman Emperor).

She was never suspected to become Queen, but her two older siblings and their children all died within a few years of each other—launching her to the first place in the line of succession.

Her madness included angry and jealous fits of rage along with refusing to eat or sleep for long periods of time. These symptoms first started to appear in 1504, the same year she would become Queen of Castile. Thirteen years later, in 1517, Joanna also became Queen of Aragon after her father’s death. In 1506, Joanna suffered an infamous attack after her husband’s death. She had always been angry at her husband and his numerous mistresses, but in death, she couldn’t let go. Joanna was heavily pregnant at the time yet still insisted on traveling over six hundred miles to her husband’s final resting place, where she had the coffin opened where she could kiss him goodbye.

Interestingly enough, despite her being crowned queen of Aragon in 1517, by then, her son Charles had already effectively taken over the throne. He did this in 1509, and immediately retired his mother to a convent. She spent the last forty-odd years of her life there and was not allowed visitors.

From the moment Joanna’s mother, Isabella, died, her father and husband used Joanna as a political pawn. Philip and Ferdinand both wanted control on Spain and fought one another for control. However, they quickly learned the safer course of action would be to have Joanna declared mentally unfit to rule. These actions were not only deeply hurtful to Joanna but would also allow for her son Charles to eventually lock her away. Today, historians’ debate what her mental illness truly was. Theories range from schizophrenia, depression, or possibly Bipolar disorder. Whatever the case, her illness allowed the men in her life to dominate and control her.

One Bloody Thing After Another, The World's Gruesome History by Jacob F Field