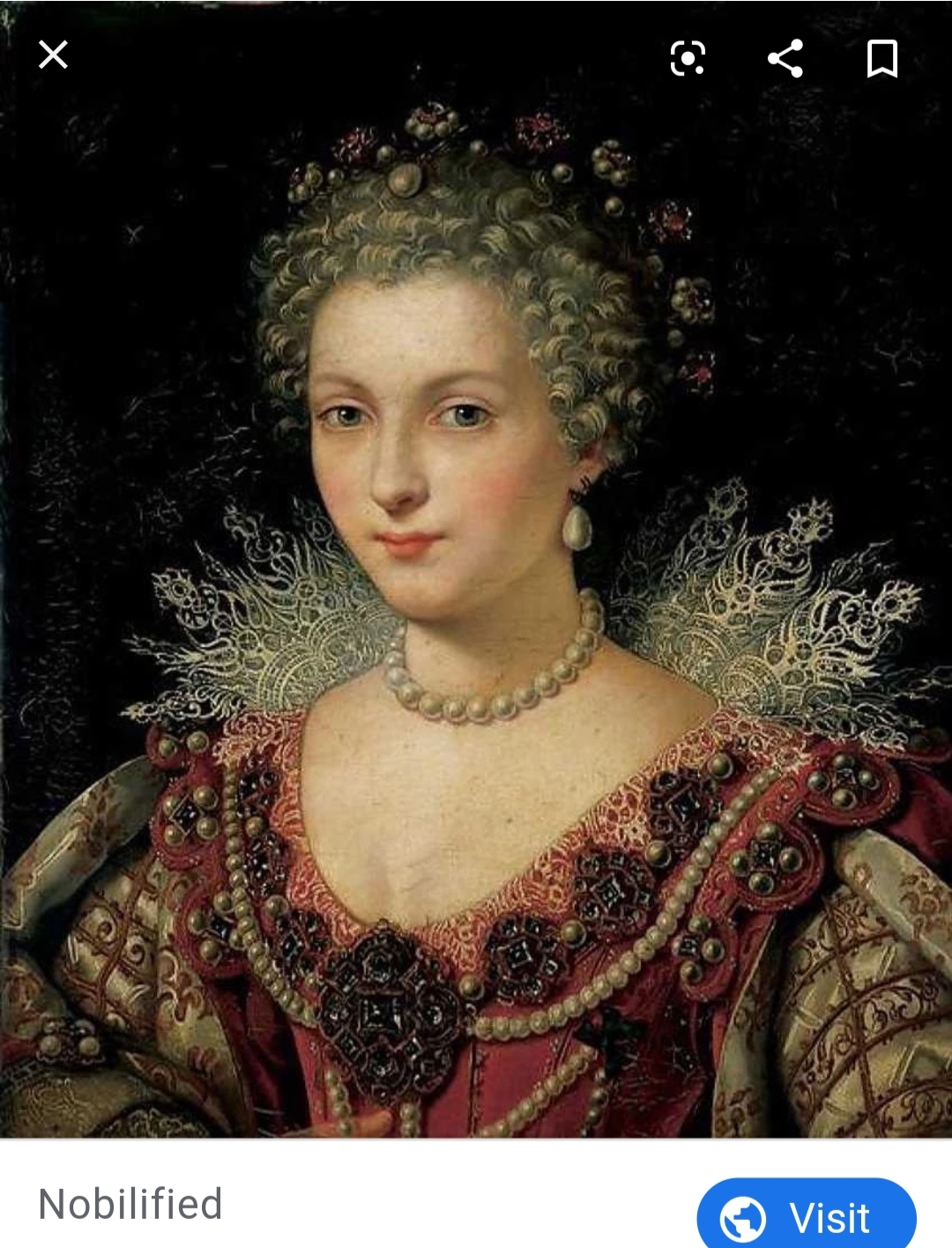 Mistress of Henri IV of France

Gabrielle was also the duchess de Beaufort et d’Étampes, as well as the Marquise de Monceaux.

It is said Henri would compromise military victories in order to visit her.

She was also extremely important in converting him to Roman Catholicism (possibly in the hopes of getting his marriage to Queen Marguerite annulled—her hope was unsuccessful).

In June of 1592, the king arranged for Gabrielle to marry, but in December that same year he formerly introduced her as his mistress. The marriage was annulled in 1594.

Gabrielle would give the king three children who were later legitimized by him. It is said Henri was seriously considering marrying her despite protests from pretty much everyone else, but her sudden death prevented that.

Gabrielle died from a sudden bout of eclampsia and gave birth to a stillborn son and then died the next day while the King was rushing to arrive in time. The king was so grief stricken he dressed in black and arranged a funeral befitting a queen for her.

Today, Gabrielle is remembered for being one of the subjects of the painting: Gabrielle d'Estrées et une de ses sœurs, in which Gabrielle and her sister are seen standing side by side, topless. The portrait was acquired by the Louvre in 1937.