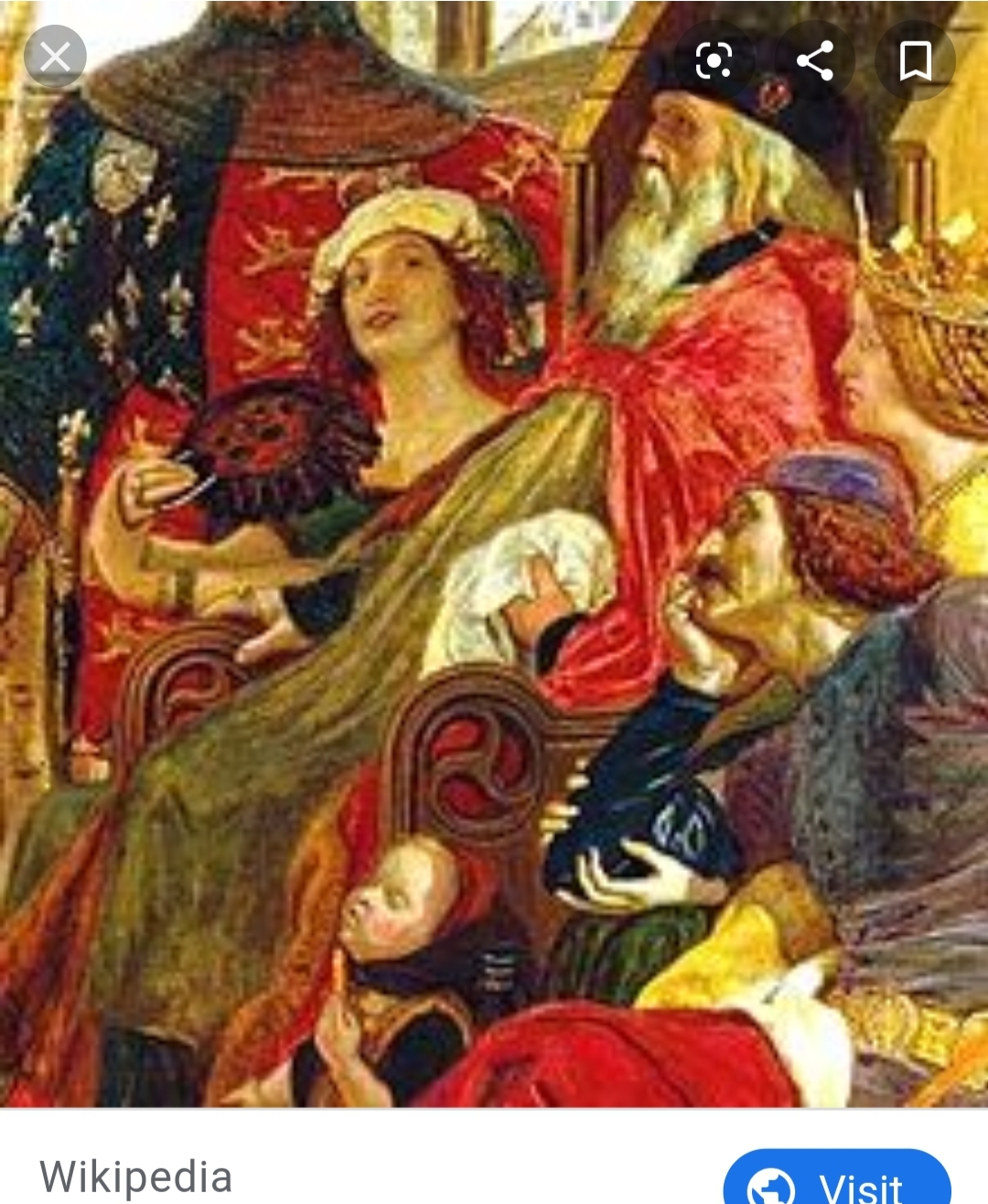 Mistress of Edward III of England

Alice started off as a lady-in-waiting to his wife and queen. And by the way, the king was born in 1312, making him right around thirty-six years older than her!

After the queen died, Alice was publicly acknowledged and became a great influence at court from 1369 to 1376.

She had a son and two daughters by the king. After the king’s death she was banished from parliament and had her lands forfeited. This was due in part to Alice meddling in affairs of law in order to grant favors to friends. When she was banished in 1376 (before the death of the king), it coincided with Parliament declaring women were not allowed to practice law. A year later, after Alice was allowed back in court, she was banished again (this time after the king’s death). Two years later, Alice had once again seen her sentence annulled, and she was allowed some of her lands and finances once more; however, she spent the rest of her life tied up in lawsuits.

Outside of her relationship with Edward, Alice was also married to Sir William de Windsor, the Deputy of Ireland.