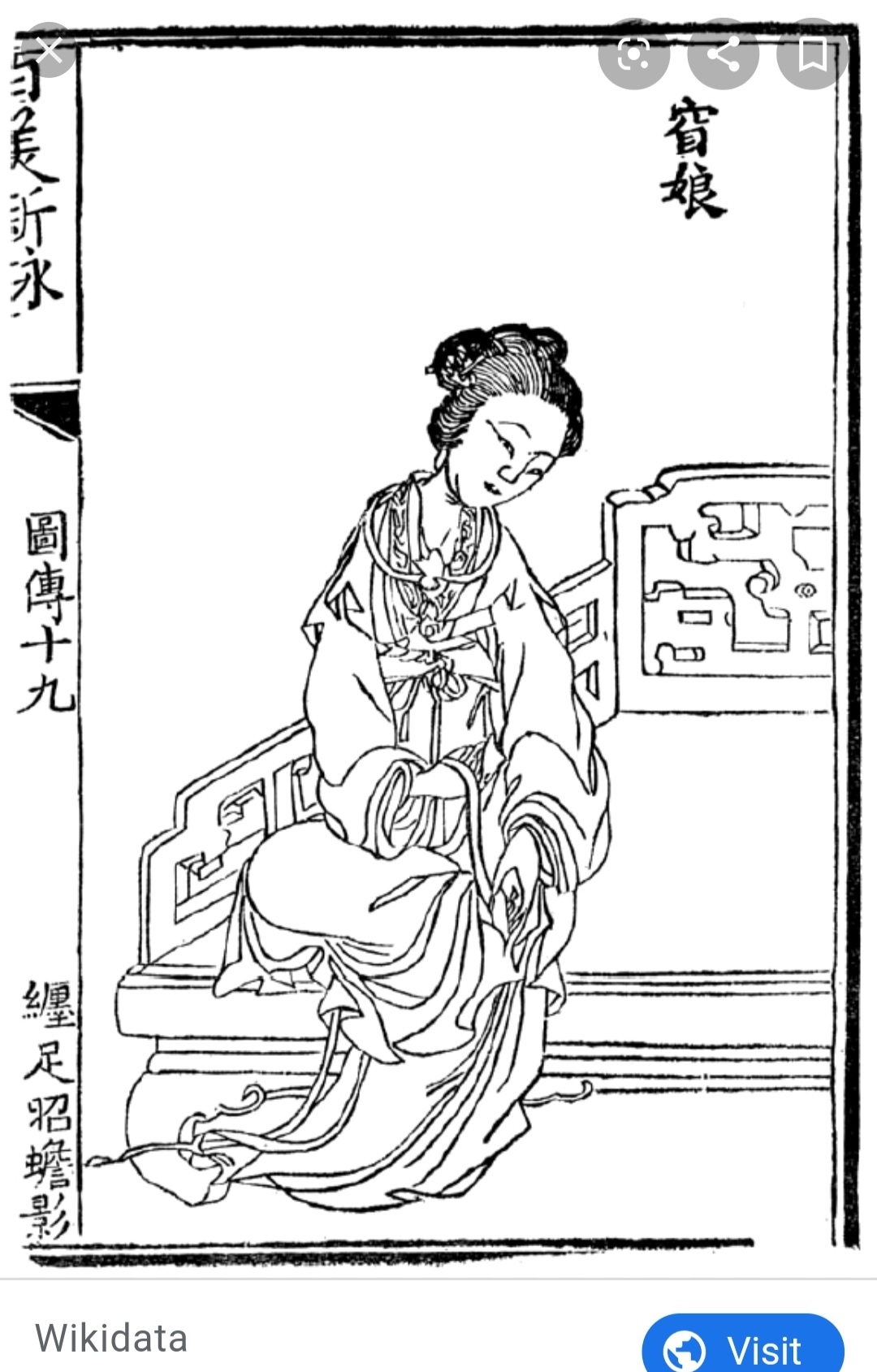 Niang was a concubine living in the Tang Dynasty of Ancient China. While her story is widely accepted as part of the mythos of foot binding (as you’ll read below) any other details about Yao’s life are noticeably missing.

It is said her graceful dancing was so profound others sought to imitate her, and the practice of foot binding was born. Niang bound her feet into the shape of the new moon, the small sliver shape that became known later on as the lotus foot. Whether or not she chose to bind her feet or was forced into it is not known, but what is known is that for centuries afterward thousands if not millions of young Chinese girls were forced to bind their feet until the practice was outlawed in 1911, with the final lotus shoe factory closing in 1999.

How the actual foot binding occurs is horrifying to outsiders to say the least. The practice begins when a girl is only five or six years old, to prevent their feet from ever reaching the full adult size. The feet are soaked in hot water and the nails trimmed short. Then the feet are massaged in a mix of oils before eight of the ten toes (leaving the big ones alone for now) are broken and folded under the bottom of the foot. Then the arch of the foot is strained before the entire ensemble is bound in a piece of silk ten feet long and two inches wide. The result is a miniature triangle shaped foot; whose dressings have to be changed every two days to prevent infection from setting in.

The girls with recently bound feet were encouraged to walk long distances to break their arches faster. The entire process would be finished around two years later, with the foot permanently altered to the desired lotus shape.

The practice of the lotus foot shaping has always horrified me. As a woman whose feet had reached size eleven (in the American style) by the sixth grade, when I was eleven, I cannot imagine forcing my large feet into the lotus shape, how painful it would have been. Some women even died from the practice, infection set in quite often when the feet were not properly cared for and washed regularly.

I think this is one cultural practice that everyone can agree belongs in the past.