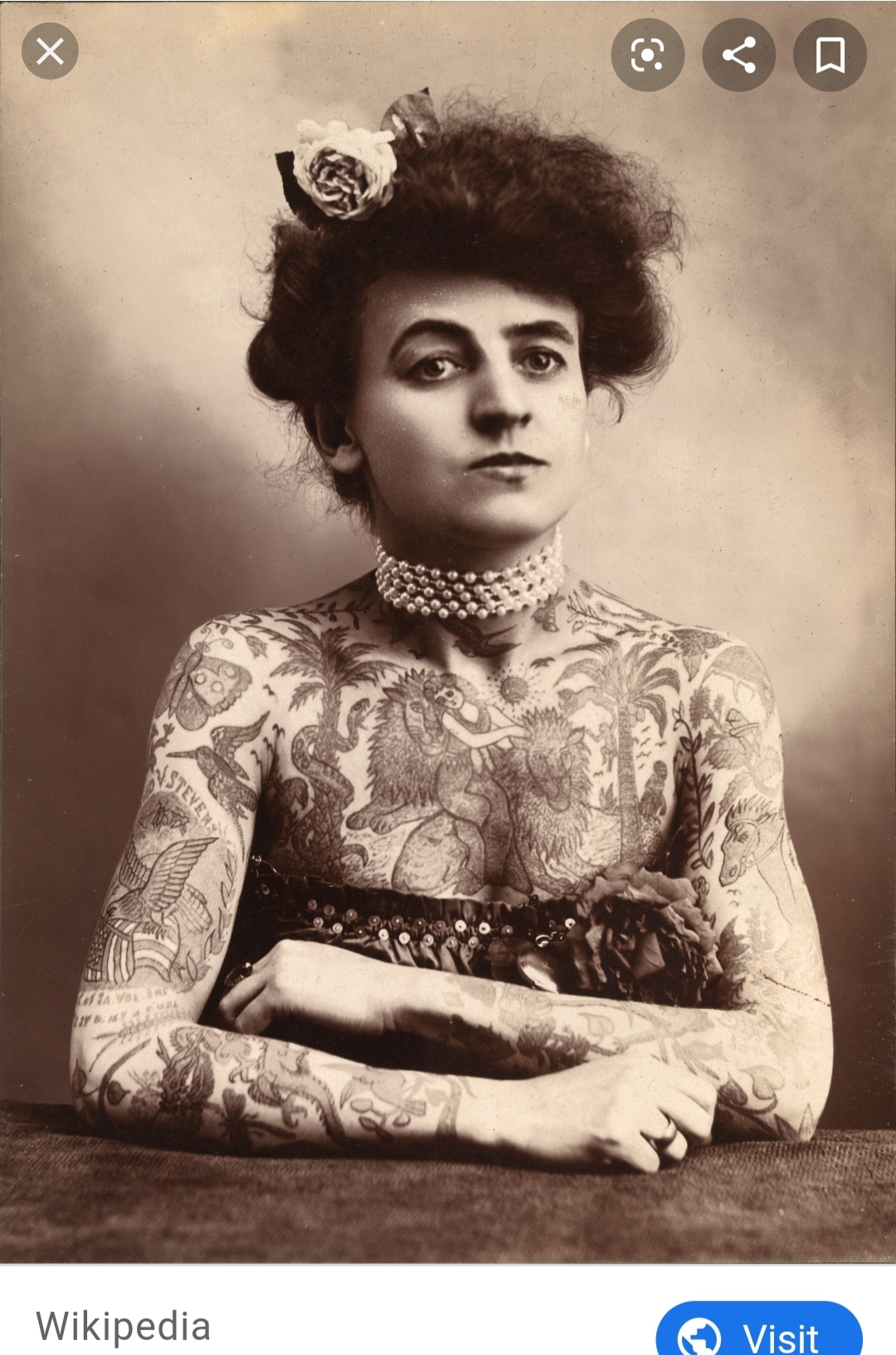 The First Female Tattoo Artist in the United States

Maud was a circus performer who did aerial tricks and a contortionist act.

She and her husband were both tattoo artists and so was their daughter (however, Maud refused to allow their daughter to actually get any, becoming one of the few artists to never have tattoos). They specialized in the hand poke style even though tattoo machines were readily available.