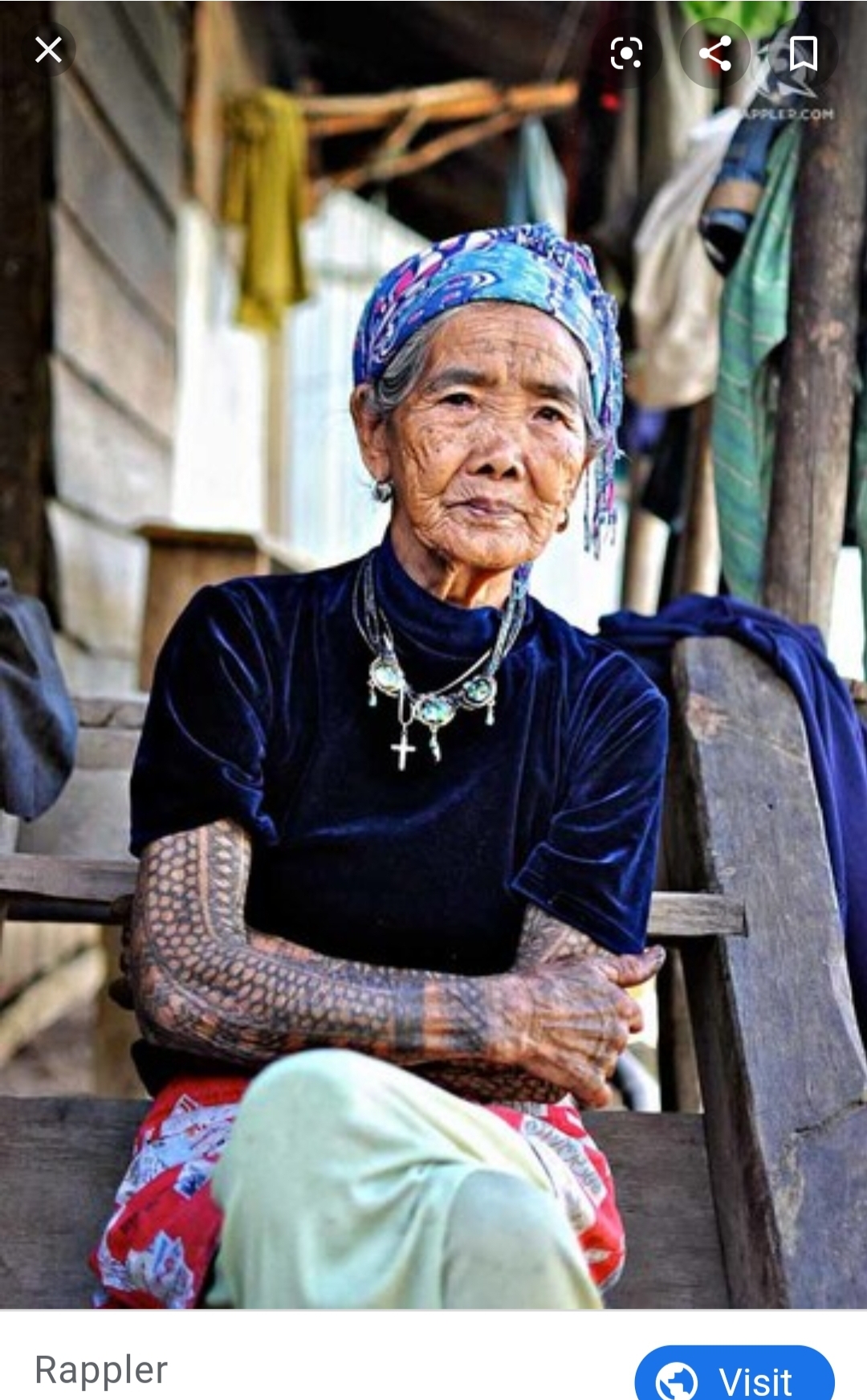 She has long been considered the last of the Mambabatoks (meaning tattoo master in the Kalinga Culture). Her style of tattooing uses thorns, soot, and a bamboo hammer instead of the now more traditional, western, style of electric machine guns and standard inks.

She never married and has no children of her own. During World War II, Whang-od lost her boyfriend during the Japanese Occupation.

As of February 2017, Whang Od’s health began to decline, and she started training other women in her village how to tattoo so the tradition will live on after her death. Tradition dictates that if anyone learns the art of tattoo in the way Whang-od works outside of her bloodline, the tattoos will become infected. For this reason, Whang-od has taught her grand-niece and another girl who is distantly related to her.

In October of 2017, she appeared at a convention in Manila much to the dismay of some online who thought her appearance was exploitative because of her age and the fact she didn’t understand the language most people were speaking at the show, but the organizers ensured ambulances were on standby and she seemed healthy and happy at the time.