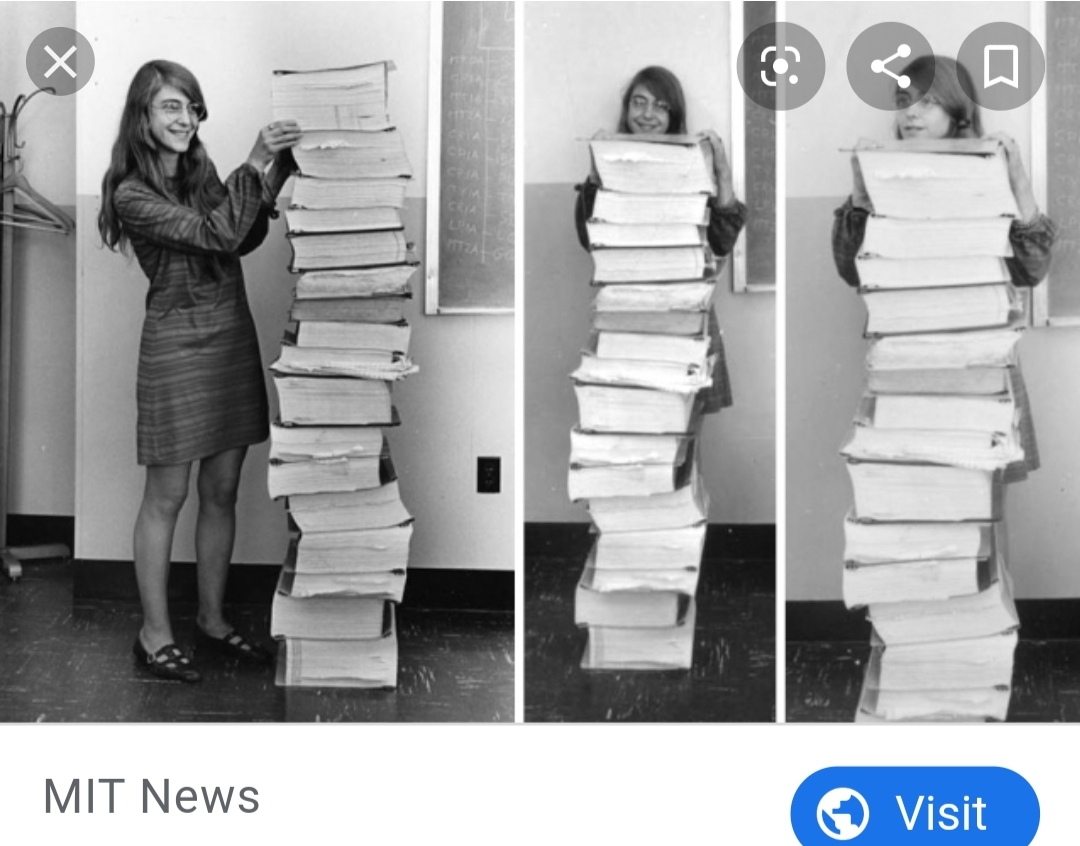 Margaret was also a systems engineer and business owner.

She popularized the term software engineering.

Margaret worked as Director of the Software Engineering Division of the MIT Instrumentation Laboratory which worked to make onboard software for the NASA Apollo Program. In fact, she was the first programmer hired by MIT to work on the Apollo Program.

She was awarded the Presidential Medal of Freedom in January 2016.

Margaret was honored alongside other notable women of NASA by the LEGO toy company.