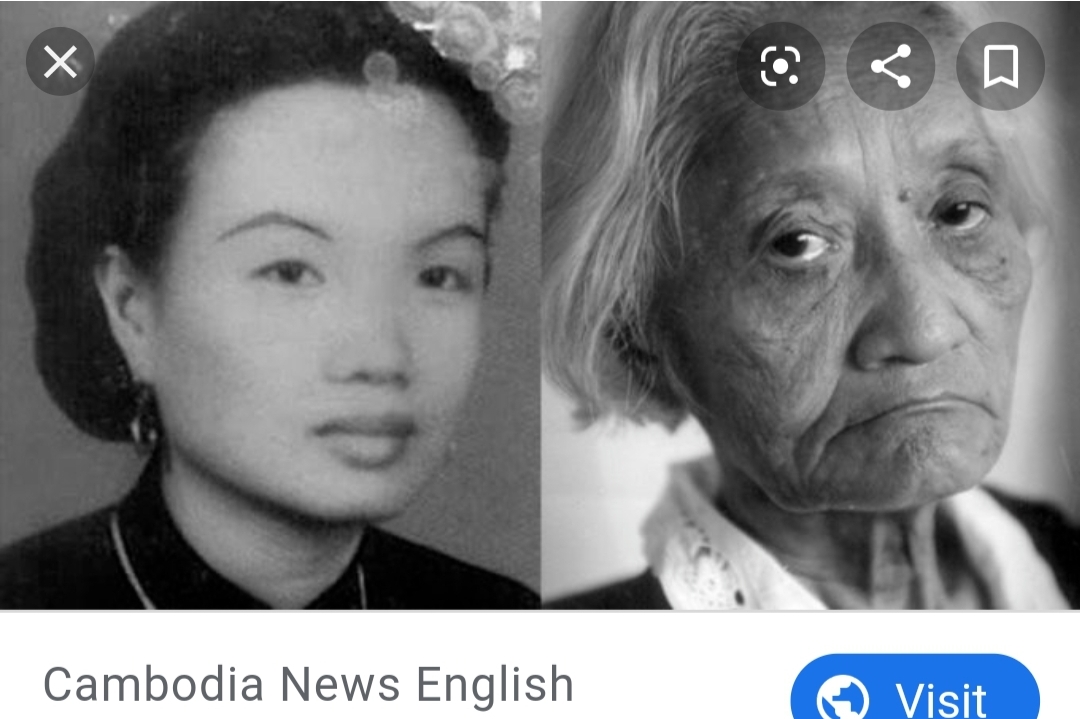 “In the name of a radical utopia, the Khmer Rouge regime had turned most of the people into slaves. Husbands were separated from wives, parents from children. Holidays, music, romance and entertainment were banned. Dictatorial village leaders and soldiers told the people whom to marry and how to live, and those who disobeyed were killed. Children informed on their parents; many other youngsters who did not bend to the political mania were buried alive, or tossed into the air and speared on bayonets. Some were fed to crocodiles.

Religion and prayer were outlawed. Buddhist monks were murdered and temples were razed.”

Ponnary worked in the Khmer Rouge as a revolutionary despite being the first woman in Cambodia to graduate from high school.

In the 1950’s she suffered from uterine cancer and the treatment left her unable to conceive children.

She was eight years older than her infamous husband.

Before the revolution the two of them taught a variety of subjects at high schools in Cambodia.

In 1978, Ponnary was introduced as the Mother of the Khmer Rouge Revolution—but soon after she disappeared from public view (possibly shipped off to a mental health facility in Beijing). Whatever her mental illness was—it led her to extreme paranoia and delusions about the Vietnamese.

In the last years of her life she reportedly didn’t know her ex-husband (he divorced her without her knowledge) was dead or had actually remarried and had a child with his second wife before dying.

Ponnary also didn’t remember the Khmer Rouge and all the atrocities that happened, and she didn’t know anyone around her either.

I hate to say it, but after what the Khmer did to their people, she kind of deserved it.