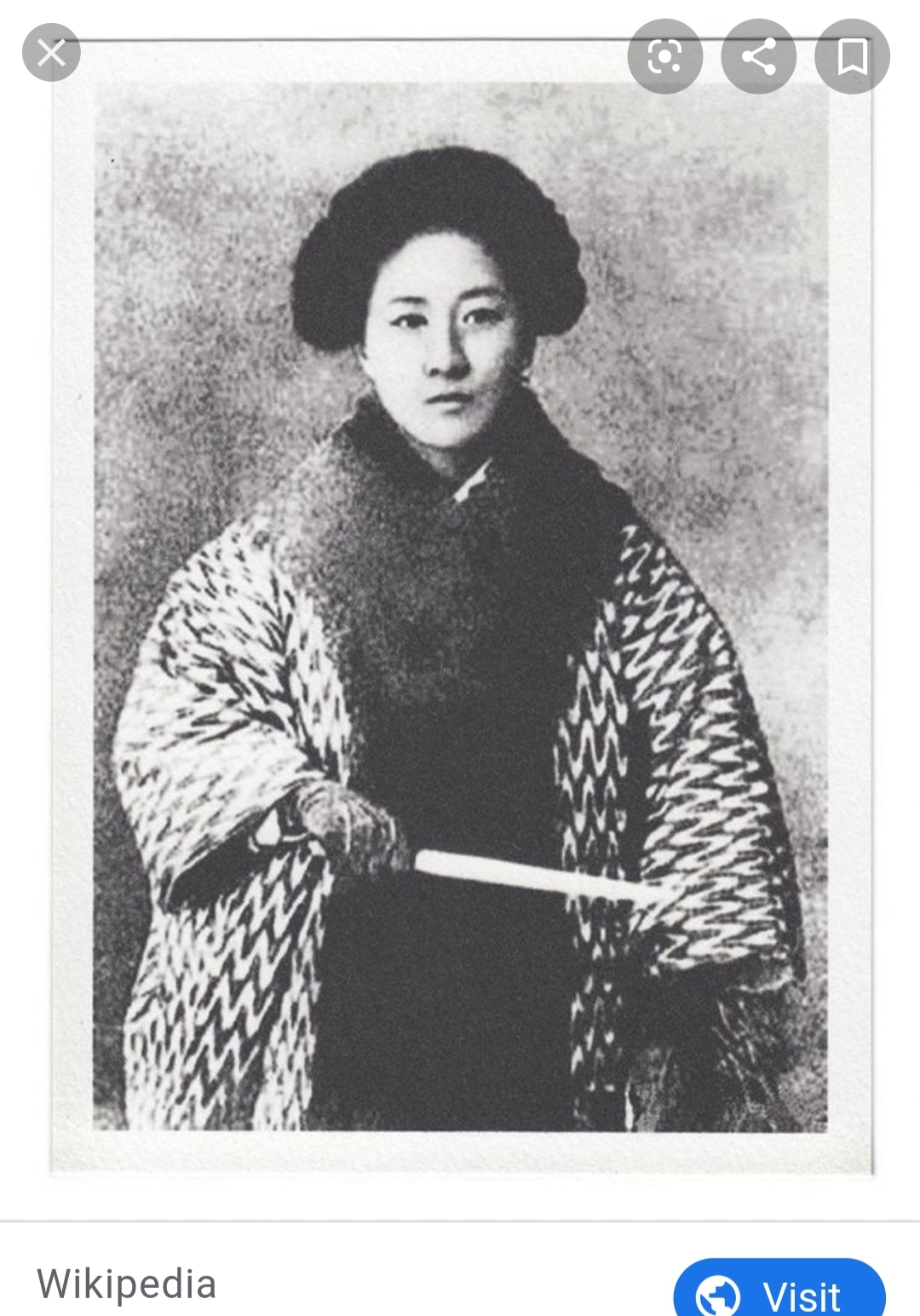 Sun and moon have no light left, earth is dark,
Our women’s world is sunk so deep, who can help us?
Jewelry sold to pay this trip across the seas,
Cut off from my family I leave my native land.
Unbinding my feet I clean out a thousand years of poison,
With heated heart arouse all women’s spirits.
Alas, this delicate kerchief here,
Is half stained with blood, and half with tears.

Warrior Sometimes Called the Joan of Arc of China

She studied poetry as a child.

Qiu (pronounced Cho) Jin was forced into an arranged marriage and had two children with her husband.

Jin fought back against Confucian norms by cross-dressing, unbinding her feet, and traveling abroad to pursue a higher education in Japan—leaving her husband and children behind.

When she returned to China, Jin joined other militant groups, believing the best way to fix the backwards cultural norms of her country would be to overthrow Qing Dynasty that led China at the time.

Unfortunately, Jin was just a few years ahead of her time. The Empress Dowager, Cixi, was in the midst of attempting to modernize China and create a more female-friendly environment. Jin however was moving on a much faster timetable, and she you know, tried making bombs to blow up the government.

Jin was beheaded by Empress Dowager Cixi's government at the age of thirty after they charged her with conspiring against the government. This occurred even though Jin was very popular in Zhejiang Province, drawing crowds of hundreds every time she spoke in public.

Public backlash was extreme. The newspapers eulogized Jin over and over again, and made her out to be a martyr. Popular opinion was that she had been completely innocent of the charges. The man who actually carried out the execution eventually hung himself from the intense pressure.

The Empress Dowager reviewed the facts of the case after Jin's death. She concluded that Jin had in fact been one of the insurrection leaders, and upheld her death sentence as fair. The Qing Dynasty came to an end only a few years after the Empress Dowager died. Republicanism took hold in China for a time, but in 1949, Mao took hold of China and would kill an estimated seventy million people in his glorious leap forward. As of 2021, China is still controlled by the Communist party.

*Place of death interpreted from the book Empress Dowager Cixi by Jung Chang.