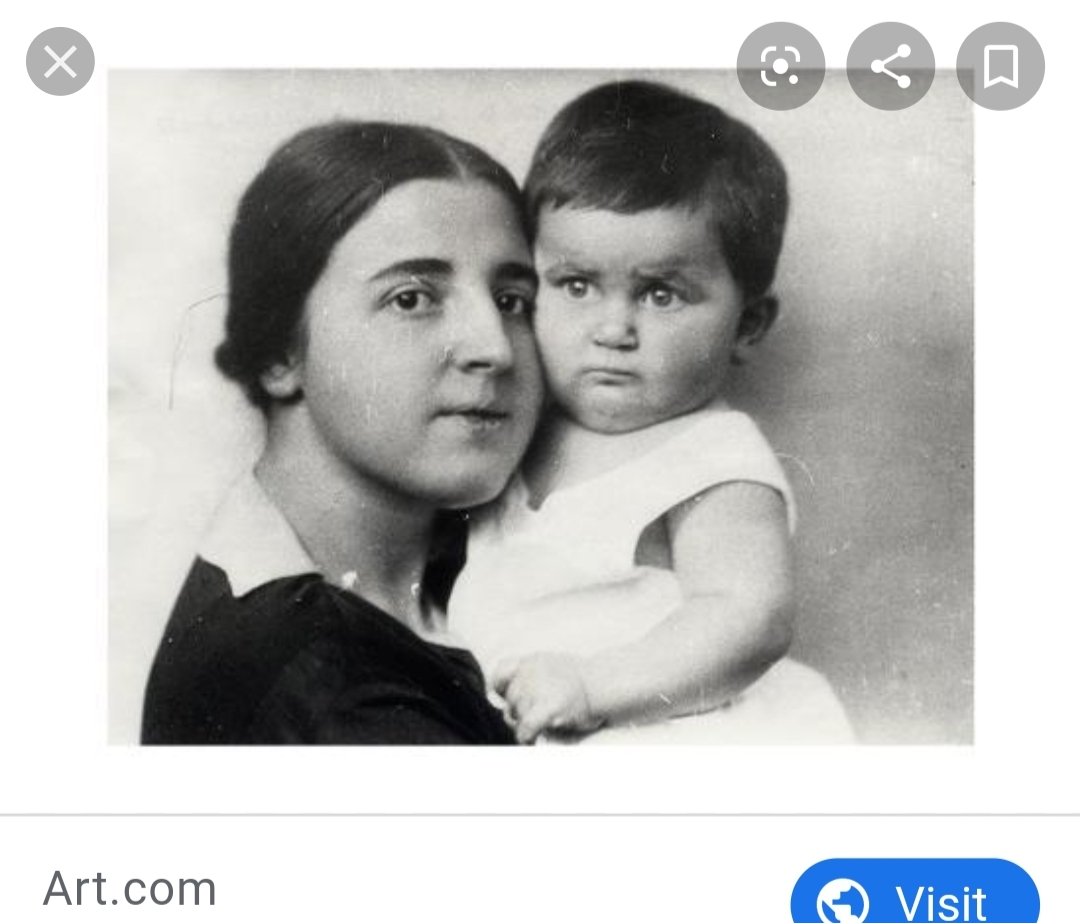 Though their age difference meant she could have been his daughter—Nadezhda was eighteen and he thirty-nine when they married.

They supposedly met when she was two years old and he saved her from drowning.

Nadezhda worked as a clerk/secretary in his office in the early days of the Communist Party before the Revolution. She became his assistant right after the October Revolution and would marry him in 1919—having two kids together, a boy named Vasily and a daughter named Svetlana (who was incredibly famous in her own life later on).

Nadya, as she was called, evidently hated life in the Kremlin. Stalin abused her and constantly flirted with other men’s wives.

In 1929, Nadya began to go to college for a chemistry degree to escape life in the Kremlin. Her fellow students didn’t know who she was and told her many horror stories of what her husband was doing. She confronted him and his response was to arrest all of her fellow students.

A few days before her death she told her friends nothing made her happy anymore; then the night of her death she got in a fight with Stalin and was found dead in bed with a revolver in hand beside a letter criticizing Stalin.

Stalin said she killed herself to punish him, but today some historians think she was murdered.

Stalin's Daughter: The Extraordinary and Tumultuous Life of Sveltana Alliluyeva by Rosemary Sullivan