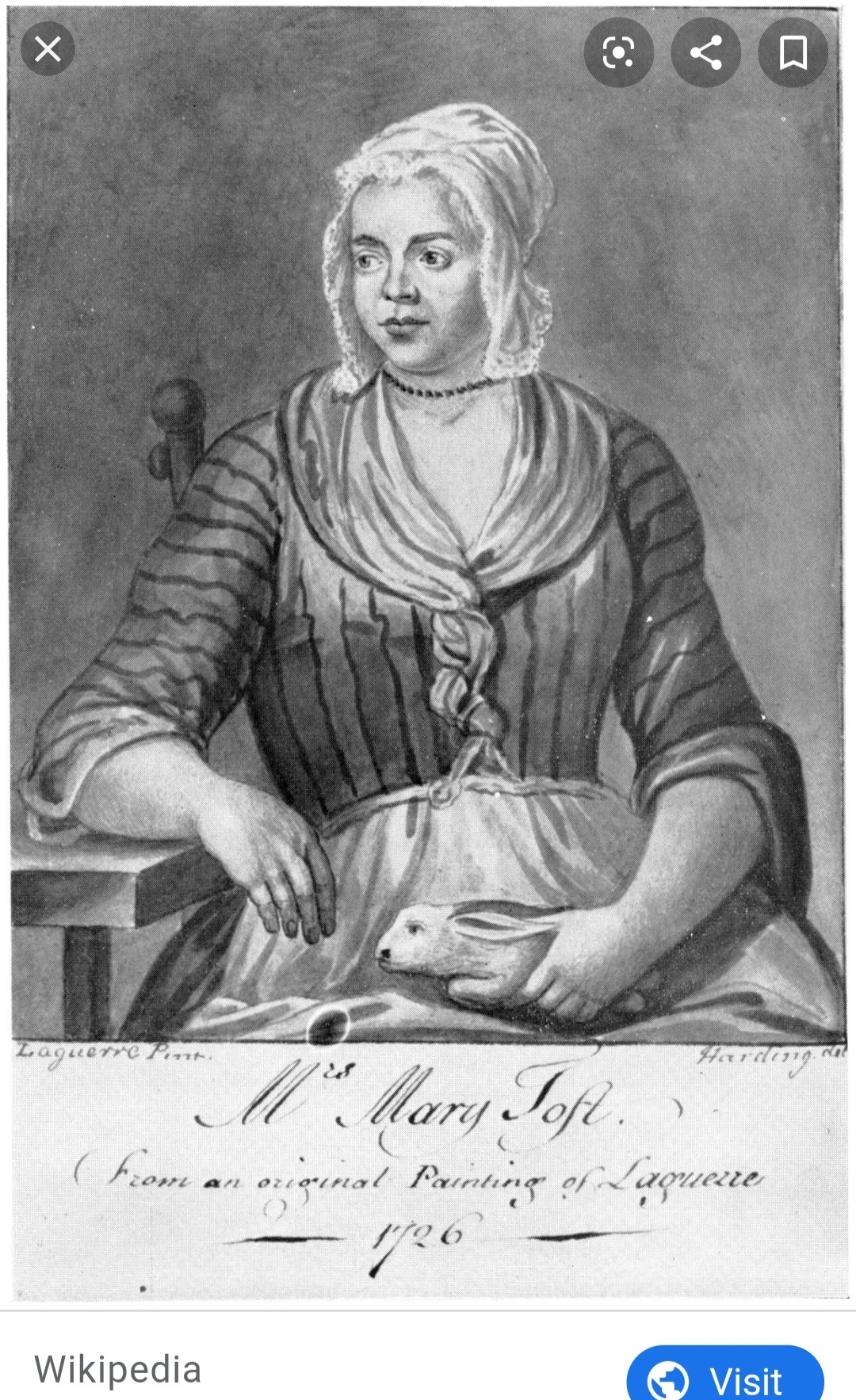 According to reports, in 1726 Mary (who was married and already a mother) suffered a miscarriage but a month later still looked pregnant and in September of that same year went into labor and gave birth to what looked like a liverless cat (whatever that is).

Over the next month she delivered more and more animal parts including a rabbit’s head, the legs of a cat, and nine dead baby rabbits in a single day.

The English King George I sent two men to investigate in November and they were witness to her “giving birth” to several more dead rabbits in their presence (totaling over fifteen now).

The doctors examined the rabbits and weren’t convinced that they had developed in Mary’s womb, but another man was still convinced and took specimen’s back for the king and prince of Wales to look at.

Finally, a German doctor was sent to examine the rabbits and determined one had straw and corn in its poop so obviously Mary Had not given birth to it. However other doctors still weren’t convinced until December of that year when Mary was forced to confess to allowing small rabbits to be manually inserted into her vaginal canal for her to pretend to give birth to. She was charged with being a “Notorious and Vile Cheat” and sent to prison.

Mary was released after a few months and pretty much lived in relative obscurity until her death.