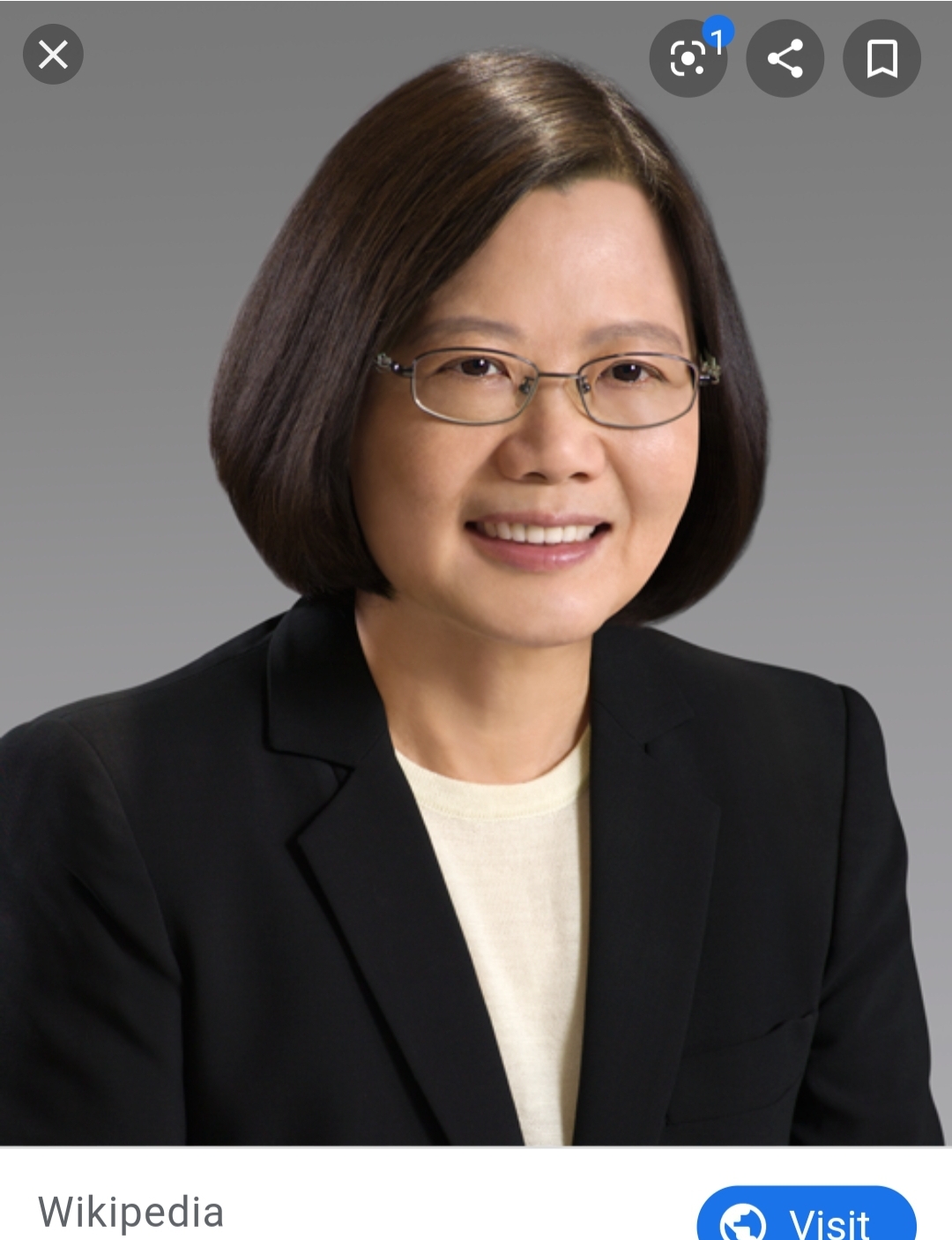 President of the Republic of China (also known as Taiwan)

Tsai is a lawyer and legal scholar. In 1984, she earned her PhD in Law from the London School of Economics and Political Sciences.

Tsai has announced her intention to run for reelection in 2020.

She is the first female leader and first unmarried president of Taiwan. Before becoming president, Tsai also held the distinction of being the first female chair of a major Taiwanese political party. She is also the first female head of state in Asian history to not be born into a political family (her parents ran an automotive repair shop).

Tsai has promised to make Taiwan’s economy stronger by enhancing their expertise in biotech, defense, and green energy.

Tsai has come under fire from mainland China for her continued good-will relations with the United States. In October of 2019, Tsai re-emphasized her role in breaking away from Beijing and supporting the ongoing protests in Hong Kong. In her speech on National Day, she stated, “Hong Kong is on the verge of chaos due to the failure of ‘One Country Two Systems’. And still, China is threatening to impose its ‘One Country Two Systems Taiwan model’ on us… When freedom and democracy are challenged and the Republic of China’s existence is under threat, we must stand up and defend ourselves.”