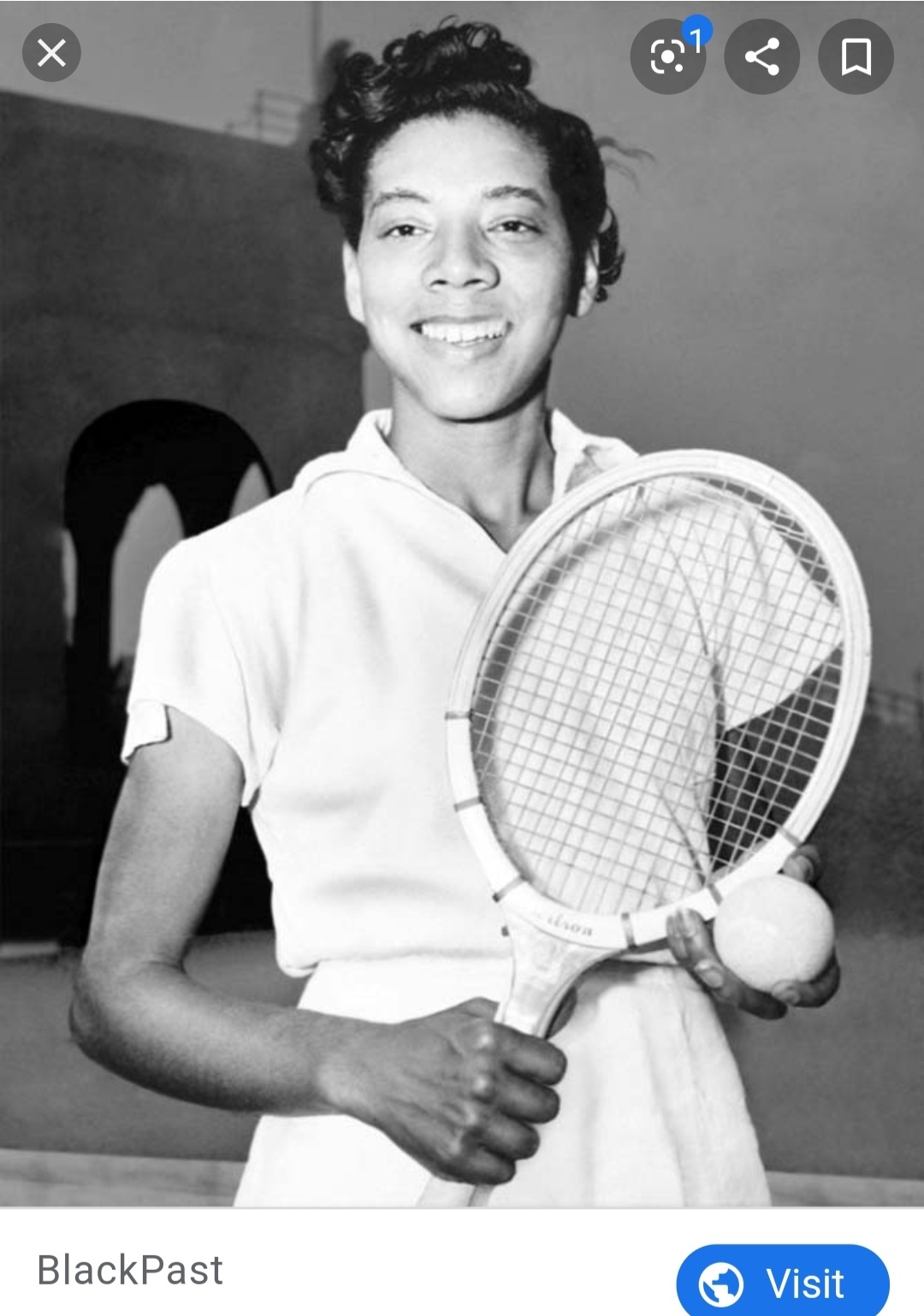 "What Jackie Robinson did for baseball by being in the Brooklyn Dodgers’s starting lineup at first base on April 15, 1947, Althea Gibson did for tennis when she made her historic debut, defeating Barbara Knapp, 6-2, 6-2, in the first round." -International Tennis Hall of Fame

In 1956, Althea became the first African American person to win a Grand Slam Title, effectively abolishing the color barrier in tennis. Just six years earlier, in 1950, she became the first person of African Origin to compete at the US Nationals (in tennis).

She was also the first African American to win the Wimbledon Title and the French and US Open Titles, which was also groundbreaking for people of color at the time. And she did it more than once, winning Wimbledon and the US Nationals in both 1956 and 1958.

If that isn’t enough, Althea was also the first African American to make the cover of both Time Magazine and Sports Illustrated.

In 1958, she published her autobiography entitled, I Always Wanted to be Somebody.

In later life she served as the Commissioner of Athletics for the state of New Jersey and was entered into the International Tennis Hall of Fame in 1971. She also coached up and comers into the tennis world after retiring from the sport herself.