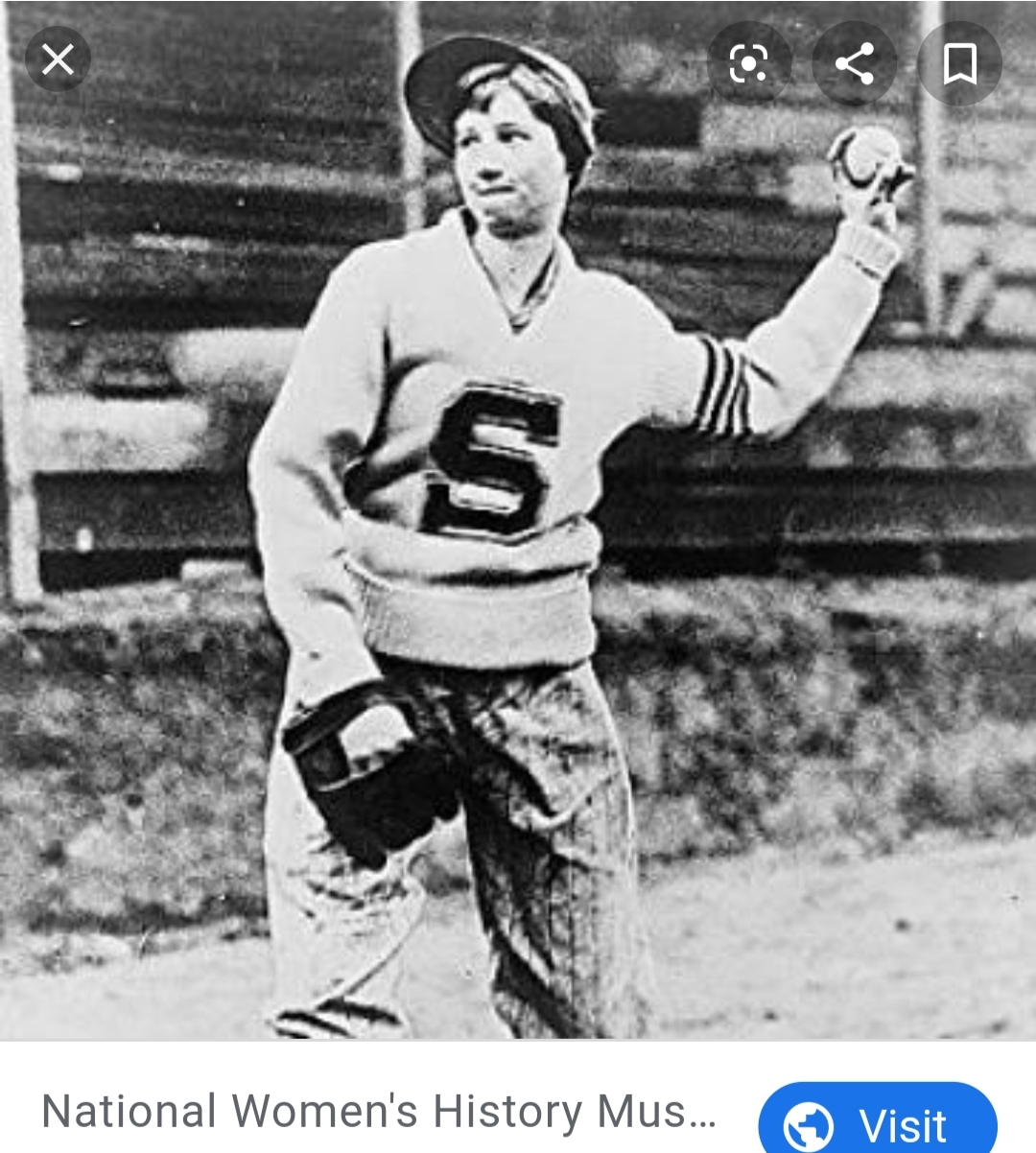 “Why, hell, they were trying—damn right. Hell, better hitters than them couldn’t hit me. Why should they’ve been any different?”

At the age of 17 she struck out Babe Ruth and Lou Gehrig; playing as a pitcher. She was hailed as the first girl pitcher in organized baseball.

Though she actually did strike the famed ballplayers out, today people question whether Jackie actually had the skills to do it or the whole thing was a stunt. After all, the game did take place during the Great Depression, and the media generated by her game was rare in a world so glum. However, in Jackie’s favor, it should be noted that neither Gehrig or Ruth ever said the whole thing was a prank or stunt.

Jackie never played against greats like Gehrig and Ruth again, and after two years of playing with random teams around the country, she found herself playing for The House of David, a weird part-religious, part-Vaudeville, and part-actual baseball team troupe. Evidently this didn’t sit well with her, and Jackie retired from baseball at the age of twenty-three.

After, she went to work in her father’s optical business. She never married or had children.