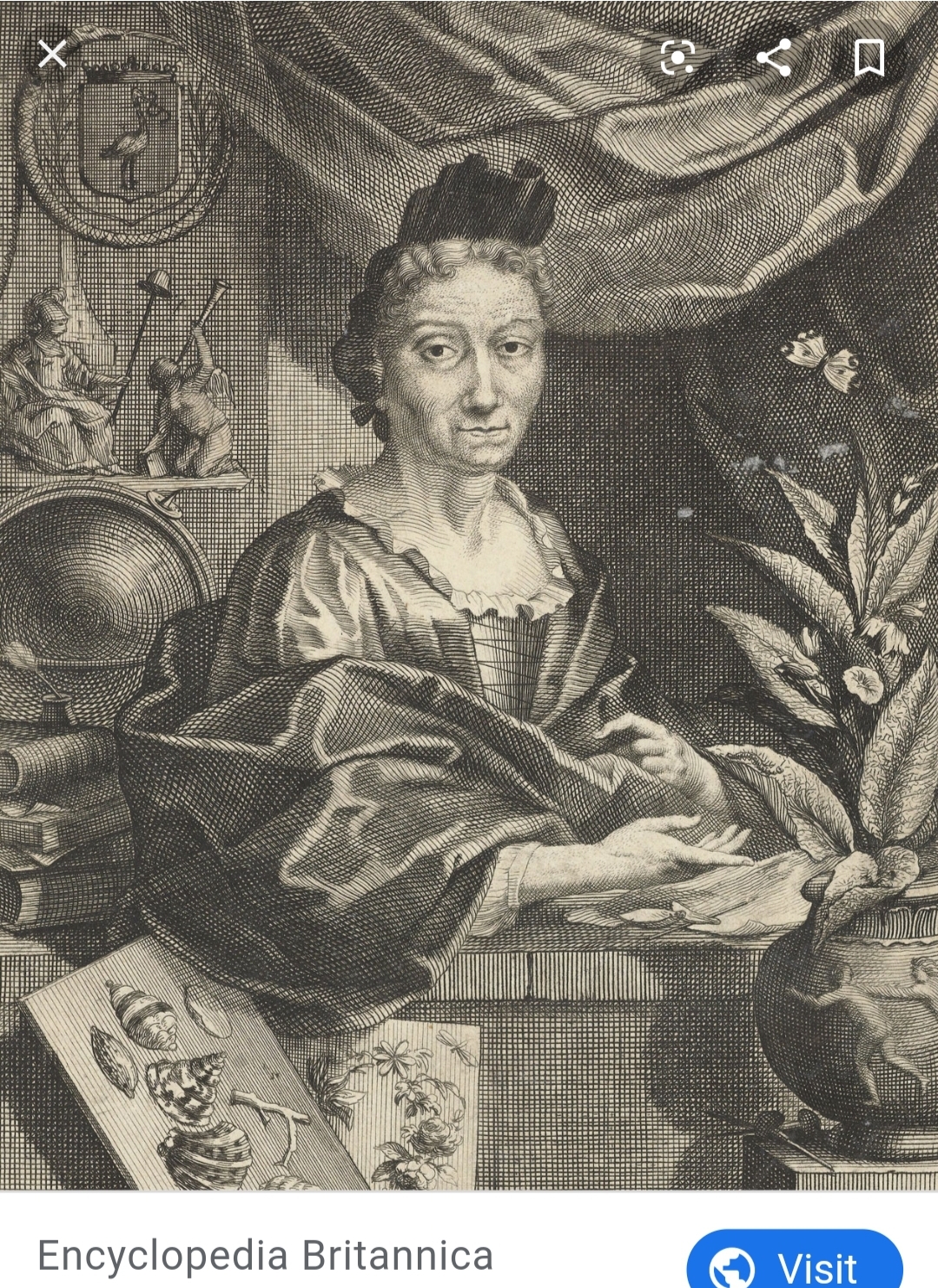 "Indians, who are not well treated in their servitude by the Dutch, use [the peacock's flower seeds] to abort their children so that they will not become slaves like them."

Maria is known for her illustrations of insects and plants.

Her work led to the advancement of entomology as a scientific field.

As a child, Maria helped her stepfather collect samples for his own still-life paintings. This work led to her capturing her own caterpillar collection, which she used to study the metamorphosis of the caterpillar into a butterfly.

She had two daughters with her husband, who was a student of Maria’s stepfather. After spending some years apart, Maria and her husband were legally divorced and separated in 1691.

Afterward, Maria would publish arguably her most important work; a book of scientific illustrations of the natural plants and insects in Suriname. Hers was one of the first illustrated works on the natural history of Suriname.

One of her daughters would go on to be the first woman employed by the Russian Academy of Sciences (Dorothea Maria). Her other daughter would also become a celebrated artist in her own right.

While working in Suriname, Maria not only studied the local insects, but also the treatment of the slaves held in bondage there. Her observations led to the quote listed in this article.